Make sure you set aside one late afternoon to see and photograph this imposing sight at Sunset with the Chao Phraya River in the foreground. These photographs will bring back beautiful memories of Bangkok. The Temple was built during the Ayutthaya period and was originally called Wat Makok after the name of the local Village Tambol Bangmakok. It means “Village of Olives”. wat arun gets its name from Aruna, the Indian god of the dawn, hence its common name The Temple of Dawn. The location of the temple is in the area that used to be occupied by the Palace of King Taksin who re-established the Siamese Kingdom after the fall of Ayuttaya more than two hundred years ago. The main Buddha image is believed to have been designed by King Rama II. Wat Arun, often called The Temple of Dawn, is one of the most remarkable visual identities of Bangkok. The imposing Khmer-style prang or tower is 104 metres tall and decorated with bits of porcelain that was used as ballast by boats coming from China. It is surrounded by four smaller prangs. Construction of the prangs were started by King Rama II and completed by King Rama II. The central balcony is an ideal spot for looking across the river to The grand palace and The Temple of the Emerald Buddha. Each year at the end of the three-month lent period for Buddhist monks, H. M. The King or his appointed representative travels down river in a Royal Barge Procession to present new robes to the monks. This ceremony is called Royal Tod Kathin. How to get there: Bus routes 19, 57, 83 Open daily: 7.30 am. to 5.30 pm. Admission fee: Baht 20 Contact: Tel: 0 2465 5640 Website: www.wararun.org

Locally called Wat Chaeng, wat arun or the Temple of the Dawn, Bangkok, is an ancient temple dating back to the Ayutthaya Period. It used to be called Wat Makok in the Thonburi Period. When the King of Thonburi had the capital moved from Krung Si Ayutthaya to Krung Thonburi, he also brought the Emerald Buddha from Vientiane to enshrine in Wat Arun, before it was later transferred to Wat Phra Kaew (the Temple of the Emerald Buddha). In the Rattanakosin Period, Wat Arun was restored and renamed Wat Arun Ratchatharam by King Rama II. Another restoration finished in the reign of King Rama IV and the temple’s name was changed again to Wat Arun Ratchawararam. As one important temple in Thailand history, there are many unique attractions in Wat Arun in Bangkok especially the central prang, a stupa-like pagoda encrusted with colorful glazed porcelain tiles and seashells, Giant statues, the Ordination Hall, the Bell Tower, and many Buddha statues. 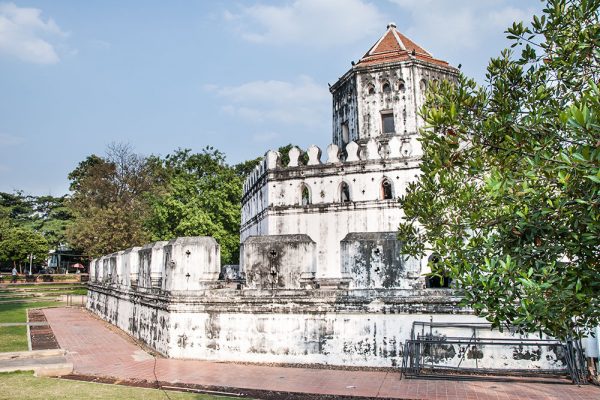 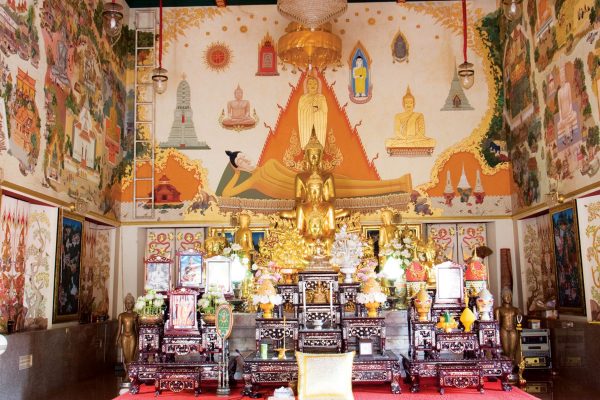