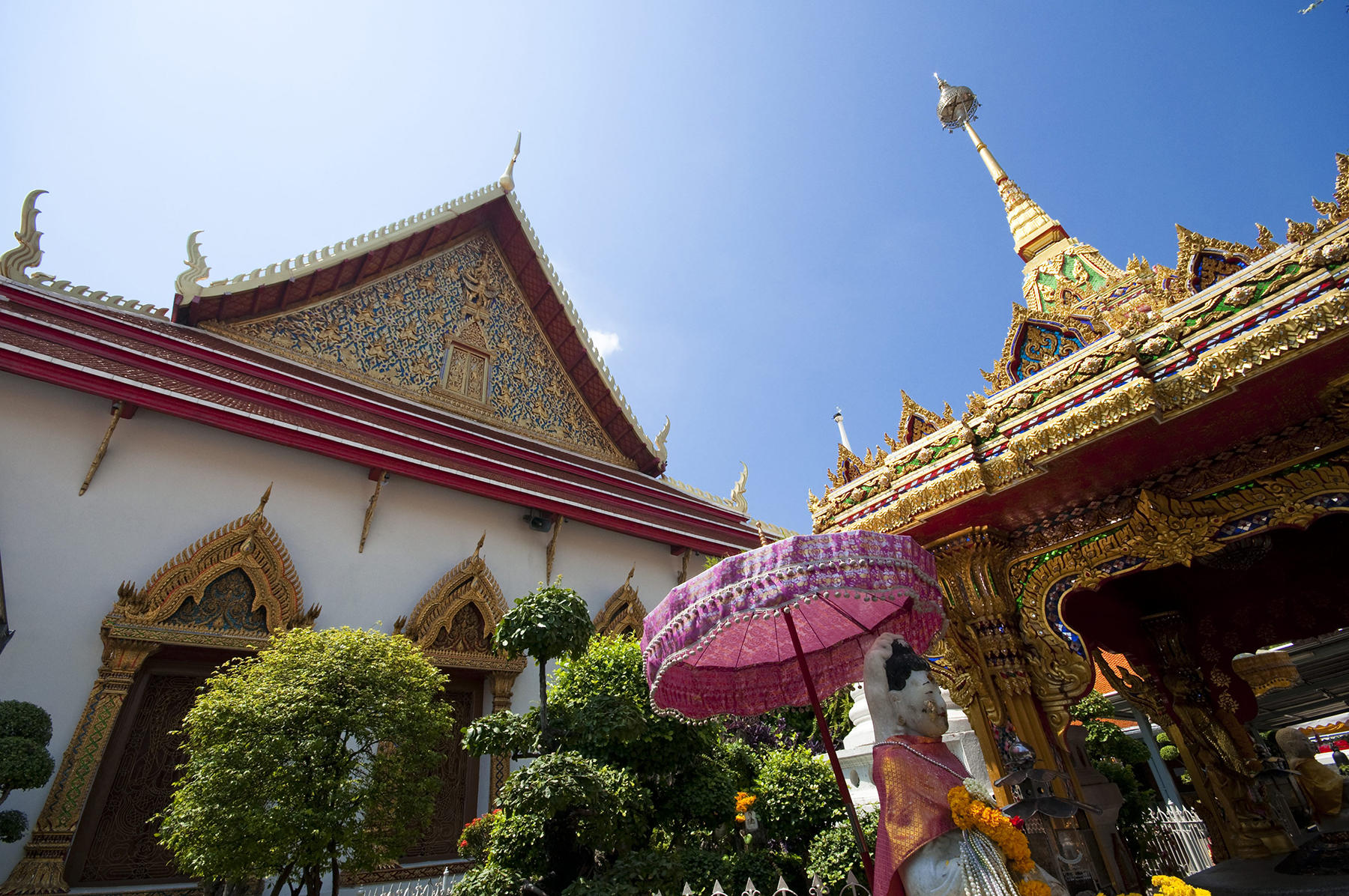 Wat Chana Songkram is located on Chakra Pong Road, Bang Lampu, Phra Nakorn District, near Khaosan Road, and Pinklao bridge, Bangkok.The history of this temple traces back to when Somdet Phra Phutta Yod Fah Chulalok Maharaj, the first king of Chakri dynasty, aimed to establish a kingdom that resembled Ayutthaya kingdom as much as he could.Wat Chana Songkram is situated near the royal Palace. It was built in Ayutthaya period, with no any evidence regarding its construction history. Initially, it was called “Wat Klang Na” (or the temple in the middle of the rice farm). King Rama took it under the renovation, and bestowed a new proper name of the temple as ‘Wat Tong Pu’. He appointed Wat Chana Songkram to be the temple for Raman or Mon monks, similar to Wat Tong Pu in Ayutthaya period. The king aimed to praise those Raman soldiers in the army of Somdet Phra Bovornraratchao Maha Surasinghanat, who was the major force fighting against Burmese in the Nine Armies War (Burmo-Siamese War) in 1785, and also battles at Ta Din Daeng, and Sam Sop (1786), and Nakorn Lampang Pasang old city (1787).Subsequently, Prince Maha Surasinghanat restored Wat Tong Pu, and donated to King Rama I. The king then lifted it to be the royal monastery, and bestowed a new name as “Wat Chana Songkram” (the temple of ) in commemoration of the victory of Prince Maha Surasinghanat who defeated the Burmese army 3 times.Later, Wat Chana Songkram has been continuously renovated, especially during the reign of King Mongkut (King Rama VI). He first begun building ash containers for the royal members in Prince of the Rear Palace’s family, and situated them at the back balcony of Phra Ubosot, as the initiatives of Phra Chula Chom Klao Chao Yu Hua (King Rama V). Queen Somdet Phra Sri Patcharin had granted her own assets to Prince Kritsada Piniharn Krom Phra Nares Worarit to run the construction. However, the construction was completed in the reign of Phrabat Somdet Phra Pok Klao Chao Yu Hua, who donated his wealth to the Royal Institute in establishing the temple. In that time, Prince Krom Phraya Damrong Rachanupab was the minister of the Royal Institute, and Prince Krom Phraya Narisara Nuwattiwong carried out the project. After that, a ceremony of transporting the ash containers of the royal members from the rear palace to the temple was held in 1927.Wat Chana Songkram is open for visitors, and travelers everyday, with no any admission fee. 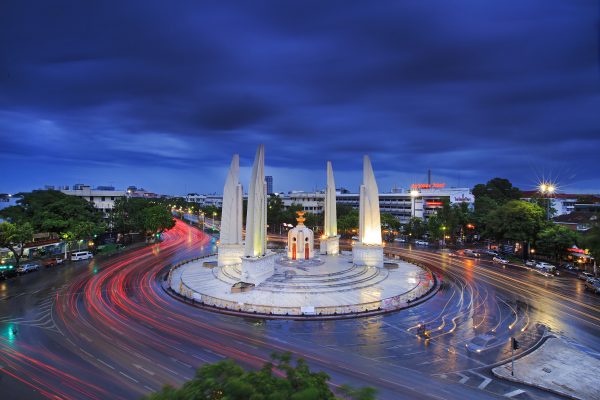 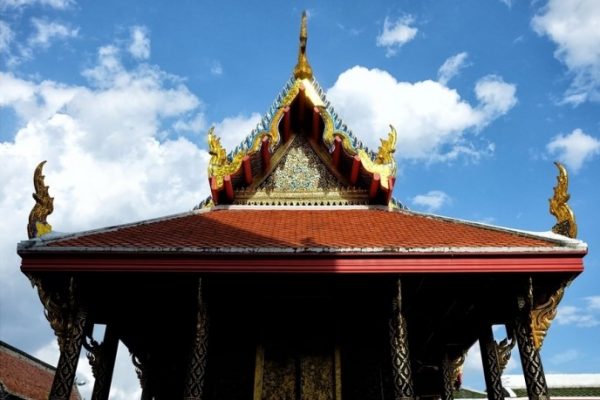