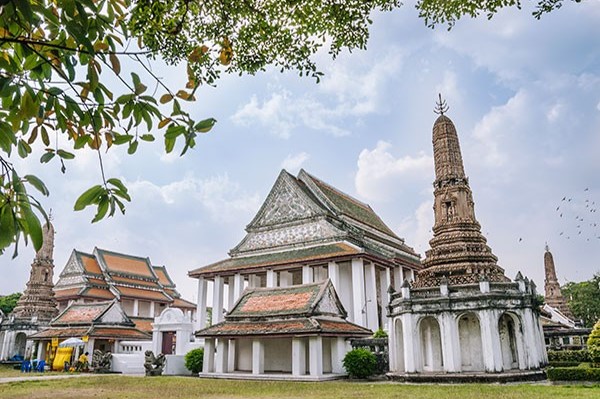 Located on Mahachai Road, the Temple was built in the reign of King Rama III with a mixture of Chinese architectural styles. Sunthon Phu, one of Thailand’s greatest poets, had resided in this temple during his monkshood from 1840-1842.

Thoroughly completed in 1839 after a three-year construction during the reign of King Rama II whose aim was to tribute to his daughter, Wat Thepthidaram (means Temple of the Angel) is famous for its architecture influenced by Chinese arts, especially its ordination hall. Wat Thepthidaram was also the former residence of Sunthorn Phu, one of the greatest poets in Thai history, during his monkhood in 1840-1842, whose biography is shown at the museum located within the temple compound. Opening hours: Daily 8 a.m.-5 p.m.Admission: FreeContact: Mahachai Road, Phra Nakhon, Bangkok, tel : 0 2222 5067, www.watthepthidaram.infoNearby attractions: Wat Ratchanatdaram, The Golden Mounthttp://www.tourismthailand.org/See-and-Do/Sights-and-Attractions-Detail/Wat-Thepthidaram–92 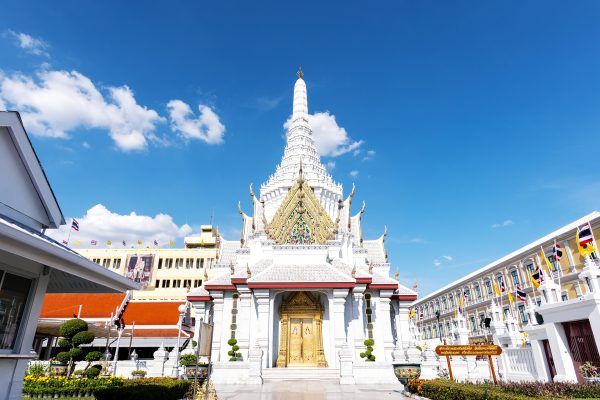 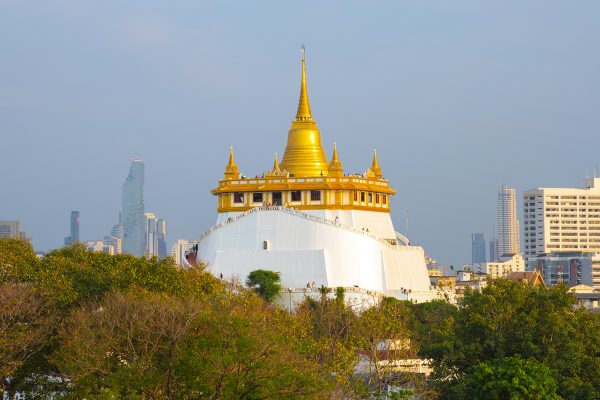