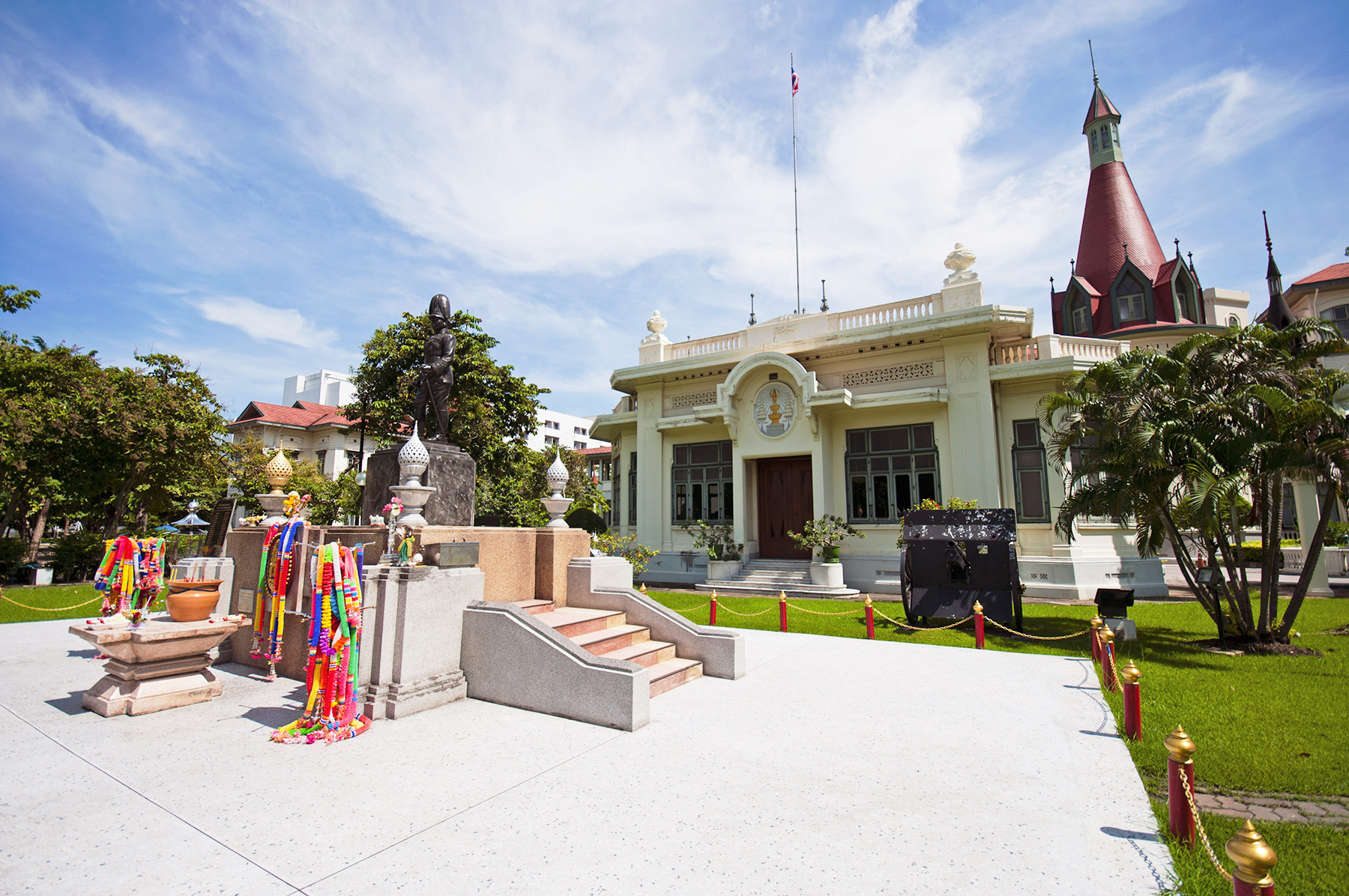 Phaya Thai Palace or Wang Phaya Thai used to be a piece of 100-Rai paddy field which King Rama V bought to experiment growing crops and to be his recreational residence. It was the residence of Queen SaovabhaPhongsri, the queen of King Rama V, until her death. It used to operate as a hotel and a radio broadcast station during King Rama VII reign. It later became a clinic for the Royal Thai Army after the Revolution in 1932. In the past, Phaya Thai Palace was used as a Throne Hall and sometimes a theatre. Unique features of the palace are painting featuring people and variety of plants and flowers, with each other with Queen SavabhaPhongsi’s initials, So Pho. Nowadays, Phaya Thai Palace holds many events to support the restoration of the place. Building inside Phaya Thai Palace include;The PhimanChakri Hallis a brick building ofa mixture of Romanesque andGothic architectural styles. Above the gate is an inscription of King Vajiravudh’s initials. Inside the dining room, the living room and etc. on the ground floor are beautiful fresco paintings. The royal residence on the second floor consists of many rooms such as a Throne Hall, King Vajiravudh’sroyal bedchamber, Queen IndrasakdiSachi’s bedchamber and study room.The WaikunThephayasathan Hallis a Romanesque-styled building. Initially, it was a concrete, two-storey hall, but later, the third floor was added to build a royal bedchamber. This hall was the location of Radio Bangkok at Phaya Thai.The Sisuthaniwat Hall was originally named LaksamiPhilat, which was named after Princess Laksamilawan, a royal consort of King Rama VI. It is a two-storey concrete hall, with a little English Gothic styled dome within the building. There is also a walkway linking the SisuthaniwatHall with the second floor of the PhimanChakri Hall, serving as a reception area for the royals. On the wall and the ceiling are Art Nouveau paintings of flowers.The DhevaRratchasabharom Hallwas a throne hall of Queen SavabhaPhongsi with her initials, So Pho (SavabhaPhongsi) still apparent. TheUdomWanapon Hallwas built on the location of the previous Treasury Building. It is assumed that this Hall was built after others as it has different architectural style.The MekhalaRuchi Pavilionwas built from King Vajiravudh’s order to have a small pavilion located on the bank of Phya Thai Canal.Tieb Rod Phra Tee Nung Buildingwas built after the construction of the whole Phaya Thai Palace had finished. It is a Neo-Classic architectural styled building, located in front of the PhimanChakri Hall. The building functioned as a place to park royal vehicles where there was a reception room for the officials during the wait for the King. It has a Roman Garden which was geometrically designed with Roman style pavilions inside the garden as well. Phaya Thai Palace is located inside Phramongkutklao Hospital, on Rajavithee Road, in the Ratchathewi district of Bangkok. Travelling to the palace is very easy and affordable. Take BTS and get off at Victory Monument station. After a near walk along Rajavithee Road, you will reach the hospital. The palace opens on Saturday-Sunday with lecturer leading a tour at 9.30 a.m. and 13.30 p.m. For weekdays, visitors need to send a letter to the official in order to have their entrance permitted. For more information, contact 02-354-7987 or www.phayathaipalace.org 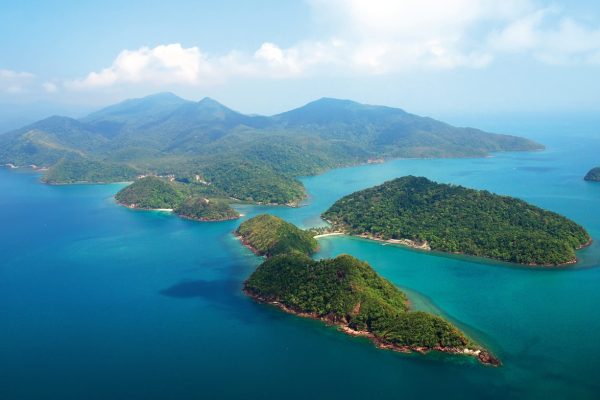 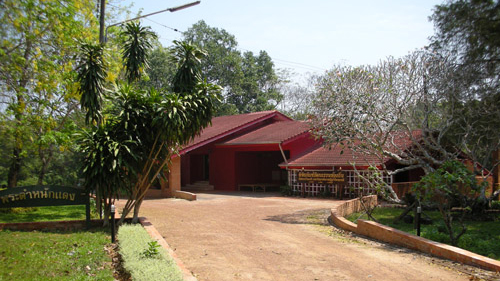 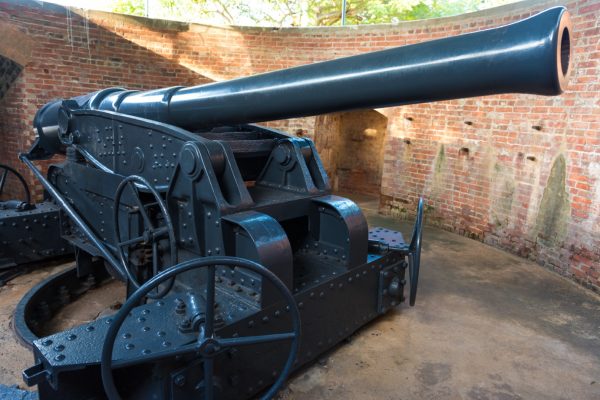 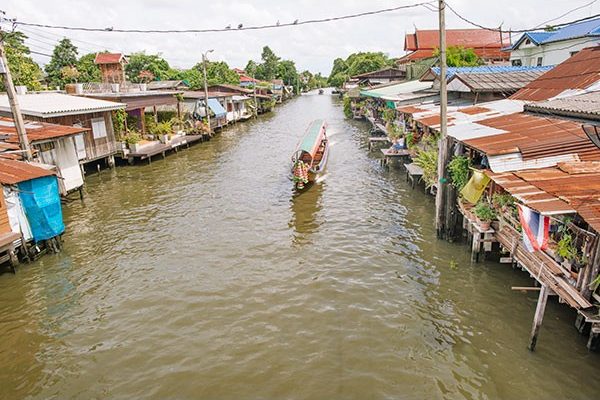