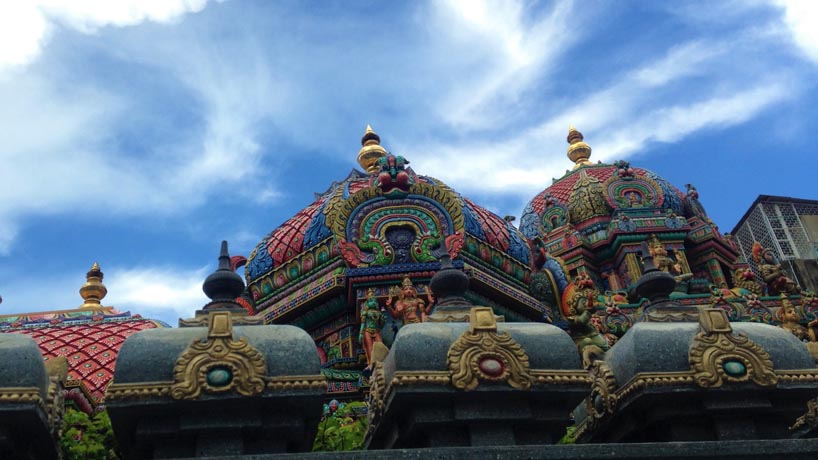 At the center of Bangkok, one over-100-years Hindu Temple is situated on the Silom road which is one of the hectic business areas in Thailand. This temple is also known as Wat Khaek or Uma Devi temple following the principle Buddha image of the temple. The name of the temple reflects the founder’s belief of Shakti which mainly dedicates to Goddess Mariamman.The Hindu Goddess Mariamman or Mother Mari is God Siva’s queen. She is the goddess of mercy and elegance when she is Mother Mari’s form. Many devotees worship her and pray for good wishes.At this Hindu temple, besides the statue of Sri Maha Mariamman, there are also the statues of other Hindu Gods and Goddesses including God’s Ganesh, Bramha, Vishnu, Lord Thendayuthapani, Sri Mahalakshmi and Sri Saraswathi.The architecture features the structural temple of South India combining between Chola and Palava found in Tamil Nadu in the south of India. Inside, Sri Maha Mariamman or Mother Mari is located as a main Goddess of the temple surrounded by God’s Ganesh, Siva, Krishna, Vishnu, Lord Thendayuthapani, Sri Mahalakshmi and Sri Kali. At the center of this sacred temple, there is a small Hindu temple where Shiva lingam is located.This temple used to welcome only Hindus while, during the afternoon period, the temple is closed for praying to Gods by reciting Ramayana. However, nowadays the temple is open more to the public from worshippers of other gods, believers in other religious to tourists.Sri Maha Mariamman Temple is open for a visit and a pray every day with an appropriate dress regulation. No food is allowed. There are flower stalls close to the temple, selling flowers, flower garlands, fruits and foods for ceremonies. 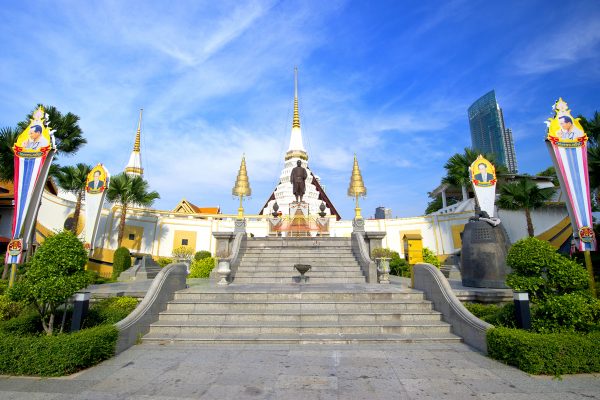 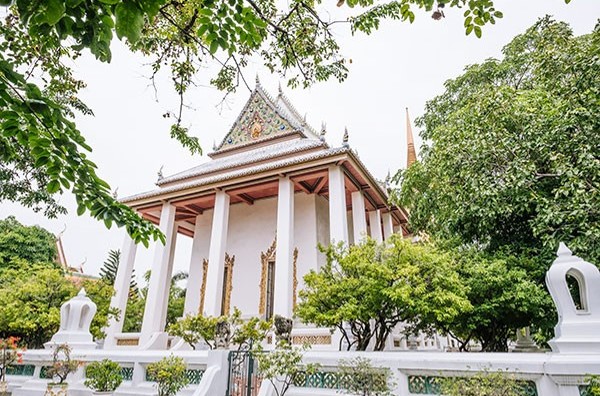