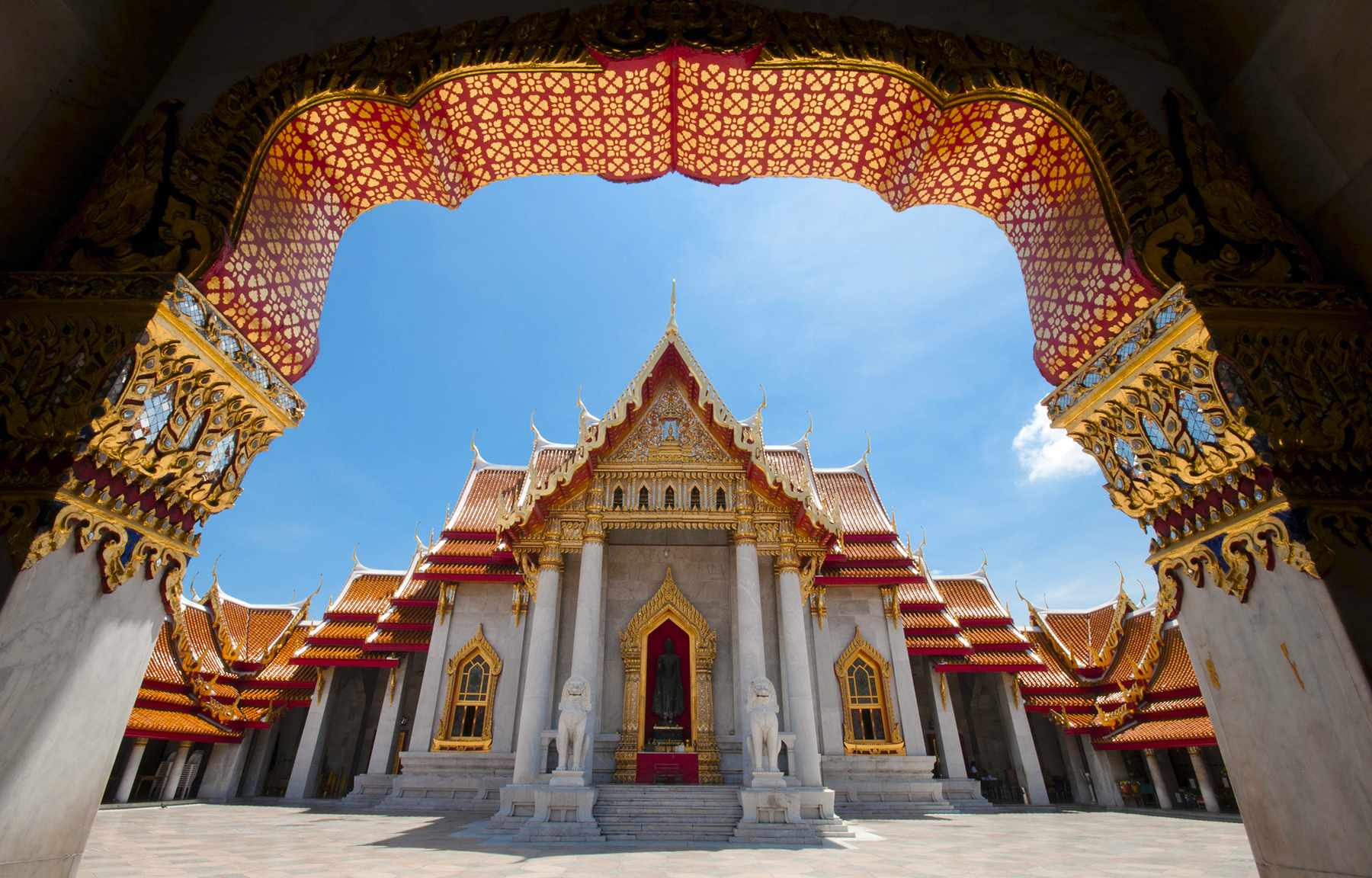 To stand at the main gateway and look upon the Monastery of Five Kings is a sight to behold. The perfect symmetry and proportions must inspire admiration of this architectural masterpiece.

Wat Benchamabophit (the Marble Temple) was designed by Prince Narisara Nuwattiwong. It typifies the impressive and orderly traditional Thai architecture. It is thus accepted as having the best architectural plan. The temple was built from marbles imported from Italy, and that is the reason why the temple is commonly known among foreign tourists as the Marble Temple. Significant Architectures within the Temple Phra Phuttha Chinnarat is a bronze replica of the original statue of the Sukhothai Period (1238-1438) which is still enshrined in Wat Phrasi Rattana Mahathat in Phitsanulok Province. The chapel is entirely decorated with marbles. The chapel is in the shape of five-layered square. The roof is in yellow and is curved. 52 Buddha statues in different postures placed on the balcony at the back of the chapel. It is Prince Damrong Rajanubhab who collected these statues taken from cities he visited as well as overseas. The Som Dej Pavilion has four faces, with breathtaking decorations and elaborate patterns. The Ordination Throne Hall is an abode for King Rama V when he was ordained in 2416 B.E. The Song Tham Thorne Hall was built by Queen Saovabha Phongsri in dedication to Royal Crown Prince Vajirunhis Sor Por Chapel was built by Queen Saovabha Phongsri as a library collecting Buddhist scriptures. Nowadays, it is where Norasingha Buddhists statue and other significant statues are housed. The well tower is a tall tower decorated with marbles Near attractions Equestrain Statue of King Chulalongkorn, Ananta Smakhtom Throne Hall, Dust Zoo