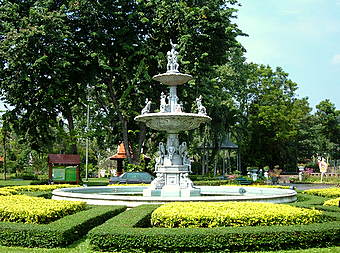 Located near the Grand Palace between Rachini and Charoenkrung roads, this park was originally a royal Garden in the Saranrom Palace. At the south end of the park is a marble Monument dedicated to HM Queen Sunantha Kumareerat and HRH Prince Kannaporn Phetcharat, who died in a boating accident in the reign of King Rama V.

Once the private park of the King Rama V to collect rare plants from around the world, Saramrom Park is now a public park where visitors can enjoy century-old trees and historic landscape and architectures. At the south-end of the park finds a marble Monument built in remembrance to Queen Sunantha Kumarirat and Prince Kannaporn Phetcharat, a wife and son of King Rama V who died in a boat accident. Opening hours: Daily, 5 a.m.-8 p.m. Admission: Free Getting there: The park is located opposite the Grand Palace, at the corner of Sanamchai, Rachini and Charoenkrung roads.http://www.tourismthailand.org/See-and-Do/Sights-and-attractions-Detail/Saranrom-Park–112 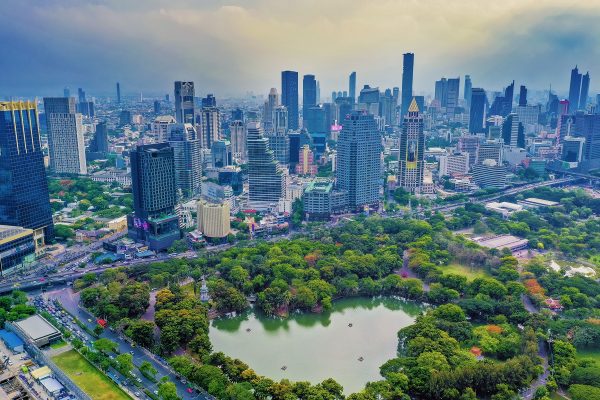 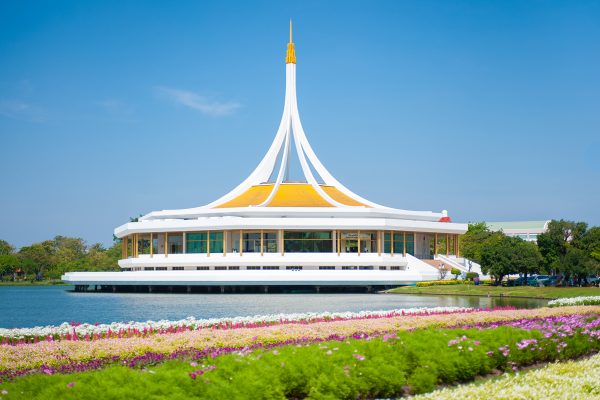