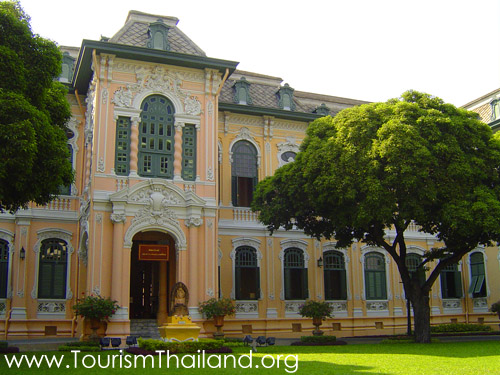 Bank of Thailand museum is located in the Bang Khun Phrom Palace, one of the splendid Historical sites in Bangkok with artistic beauty in architectural designs and decorative arts. The Palace has a long History tracking back to nearly one hundred years. It was originally a royal residence of H.R.H. Prince Baripatra Sukhumbhand, a son of H.M. King Chulalongkorn and H.M. Queen Sukhumala Marasri, and was a government office for a period of time until 1945, when it became the office premise of the Bank of Thailand and was renovated to house the Bank of Thailand Museum in 1992. The opening ceremony of the Museum was graciously presided over by H.M. the King and the Queen on January 9, 1993.

A visit to the bank of Thailand allows visitors to admire two things: the History of the monetary system of Thailand and the beauty of the mansion it sets in. Set in a egg-shell-colored European renaissance mansion of Bang Khun Phrom, which was built during the 1900s to be a residence of Prince Boribhat Sukhumbhand, a son of the revered King Rama V. The history of Thai monetary system is narrated in 14 chambers, each of which tells a different story from the formation of local exchange system to when Thailand had bonded the local currency, Thai Baht, to the global monetary system. You will get to see a precious collection of ancient coins, banknotes and old photographs. Important rooms include the (1) Ancient Coins Room that displays a vast collection of previous coins from prehistory to current coins., (2) Thai Banknotes Room that sees an evolution of Thai paper money, and (3) The Bank of Thailand 60th Anniversary Room where visitors learn roles and responsibilities of the bank to help strengthen Thai economics. Opening hours: The museum is open for pre-arranged group visits only, on Monday-Friday, 9:30am-4pm. One week advanced-booking is required.Admission: FreeRules and Regulations:1. Please dress respectfully and take off shoes before entering the Bang Khun Phrom Palace Building.2. Visitors should not touch exhibited items and display cases.3. Photography is not allowed inside the Museum.4. Smoking is strictly prohibited.5. Food and beverages are not allowed in the Museum.6. Avoid making excessive noise during the visit.Getting there:The Bank of Thailand Museum273 Samsen Road, Bang Khun Phrom,Bangkok, 10200Contact: Tel. 0 2283 5286, 0 2283 6723, 0 2283 5265, Fax. 0 2283 5283http://www.tourismthailand.org/See-and-Do/Sights-and-attractions-Detail/Bank-of-Thailand-Museum–60 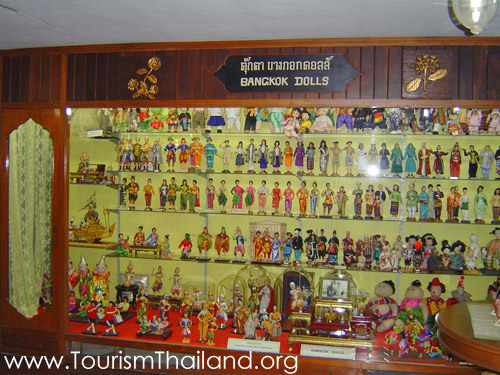