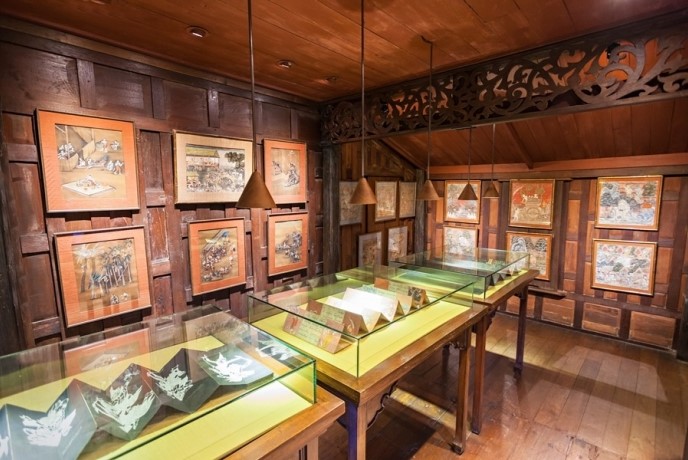 Jim Thompson House is located in soi Kasemsan soi 2, Rama I road, opposite to the National Stadium. It is the Thai house of James H. W. Thompson, the American soldier who initiated Thai silk industry in Thailand. He was granted the Most Exalted Order of the White Elephant from the royal which is the only exalted order granted to foreigners who made Thailand benefit. Jim Thompson House is a Thai teakwood house which he bought from the former owner of the house. The parts of each house were delivered to the recent area. The Thai house was completely built in 1959. Since Jim Thompson loved collecting antiques, the house, which he stayed between 1947-1967, also displays his collection under Jim Thompson foundation. In front of Jim Thompson House is Jim Thompson Restaurant and wine Bar which is used to welcome guests and visitors. Inside, the room is decorated in Thai style with Thai furniture, ornamental plants and flowers including Jim Thompson’s collections. They are mainly painted potteries such as Chinese painted potteries since Song dynasty to the ones in B.E. 19. Most of them are Chinaware which were exported in Ming dynasty while some items are from Ayutthaya, which were exported to China in B.E. 15-17, Lopburi-Khmer painted potteries in Lopburi kingdom in B.E. 12, Sukhothai and Sawankalok painted potteries which were made between B.E. 18 -19, the bodies of the Buddha images in Dvarati period and giant “Phra Pheang” made from baked clay and colored mirror and consisted of 450 small Buddha images. Apart from theses, there are a large number of ancient paintings mainly describing about Buddhism including Phra Bot, the cloth with the picture of the Buddha, made in Rattanakosin period around B.E. 18-19. Visiting here, you will have a great chance to study Thai history from the past only from observing these priceless Jim Thompson’s collections. They will remind you of the great past of Thailand. Those who are interested can visit every day at 09.00-17.00. The admission fee is 100 baht per person, 50 baht per student and university student. You can come by car, taxi or BTS. It is a short walk from BTS National Stadium. Please call 0 2216 7368, fax 0 2612 3744 or visit www.jimthompson.com or www.jimthompsonhouse.com for more information. 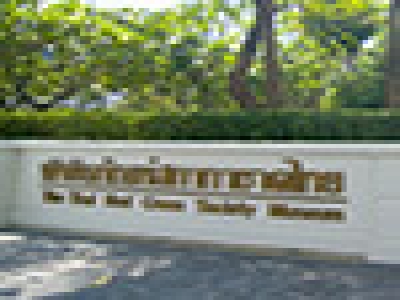