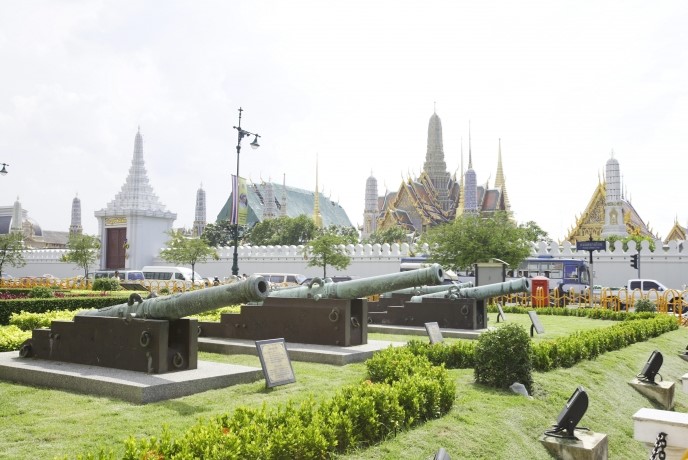 Old Big Gun museum is located in the old building of the Ministry of Defense, opposite the royal palace. King Chulaongkorn or King Rama V ordered Lord Surasak (Jerm Saengchuto) as the construction leader to build solider building in front of the palace of King Rama I’s prince. The uniqueness of the museum is the 3-storey European building. The building is painted in yellow with white lines while the windows are painted in green. The building color of yellow with green color was very popular in the past. The building is large, wide and long to the edge of your vision. In front of the building are 40 old cannons such as Naraisangharn cannon, Phya Thanee cannon and the old cannon set from France. This is the outdoor museum which displays the old cannons from late Ayutthaya period until Rattanakosin period which are narrated according to the age and era. They are all being taken good care of to be decorated around the palace. Apart from these, in each area, there are explanations of each old cannon. This is a place where those who are interested in Thai war history and munitions weapon should definitely visit. You will have a chance to observe the picturesque of the old building of the Ministry of Defense and take pictures as a good memory. This place always appears in period drama and movie and also in portraits since the background is still vividly colorful.It is recommended to travel by bus since there is no parking lot around. You can get on the buses at the Victory Monument in front of Center One department store to go to Sanam Luang which are bus number 39 and 503 or you can take buses from the Victory Monument to Rajdamnern which are bus number 12, 39, 59, 157, 171, 201, 503 and 509. You can visit this place on any day. 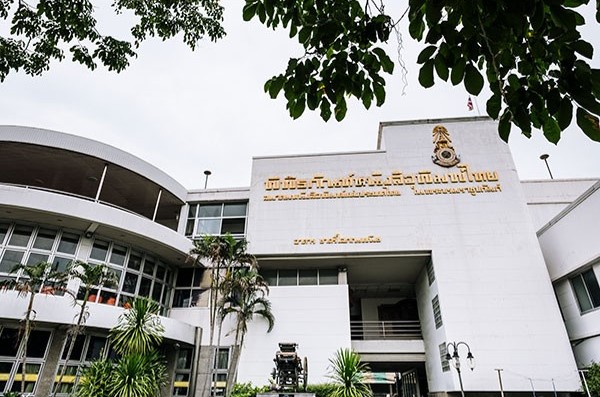