Santiphap Park is located between Ratchawithi Road and Rangnam Road near Victory Monument. It was built on the land that Bangkok rented from the Bureau of the Royal Household after National Housing Authority, the former tenant who had used this area as people’s residence for a long period of time, ended the contract. The name “Santiphap Park” (or Peace Park) is from the park opening date which was held on 16 August 1945, the date when the World War II ended. The opening date therefore the day that the cruelty of the war ended and the peace of human kind started.The Park is the lungs in the center of Bangkok. The Park is similar to natural forest. Most of the plants are perennial plants. At the center of the Park, there are 3 pools encircled with footpath, roads for jogging, and fountains for freshness. Only necessary buildings were built here. Moreover, musical performances are held in the park. When you enter the park, you will feel like you have entered another green, beautiful, and clean world, which is totally different from the hot, restive world outside the park. Therefore, this park is the recreation place for families and friends.The landmark of the park are the park name which is from the handwriting of Buddhadasa, the famous Buddhist monk among Thai people, and the sculpture of a pigeon holding a bunch of five olive flowers in its mouth in the pool. The bird and olive flowers were made from brass, reflecting the world”s peace. The inspiration came from the work of Picasso, the world”s well-known Spanish artist.For anyone who is interested in visiting the park, the park is opened daily from 5 a.m. to 9 p.m. 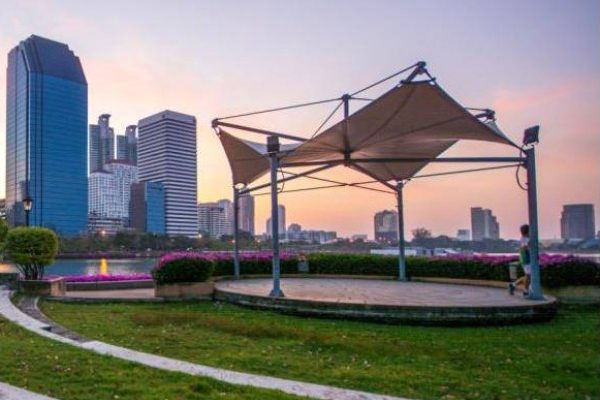 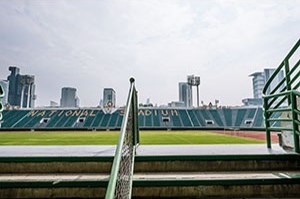