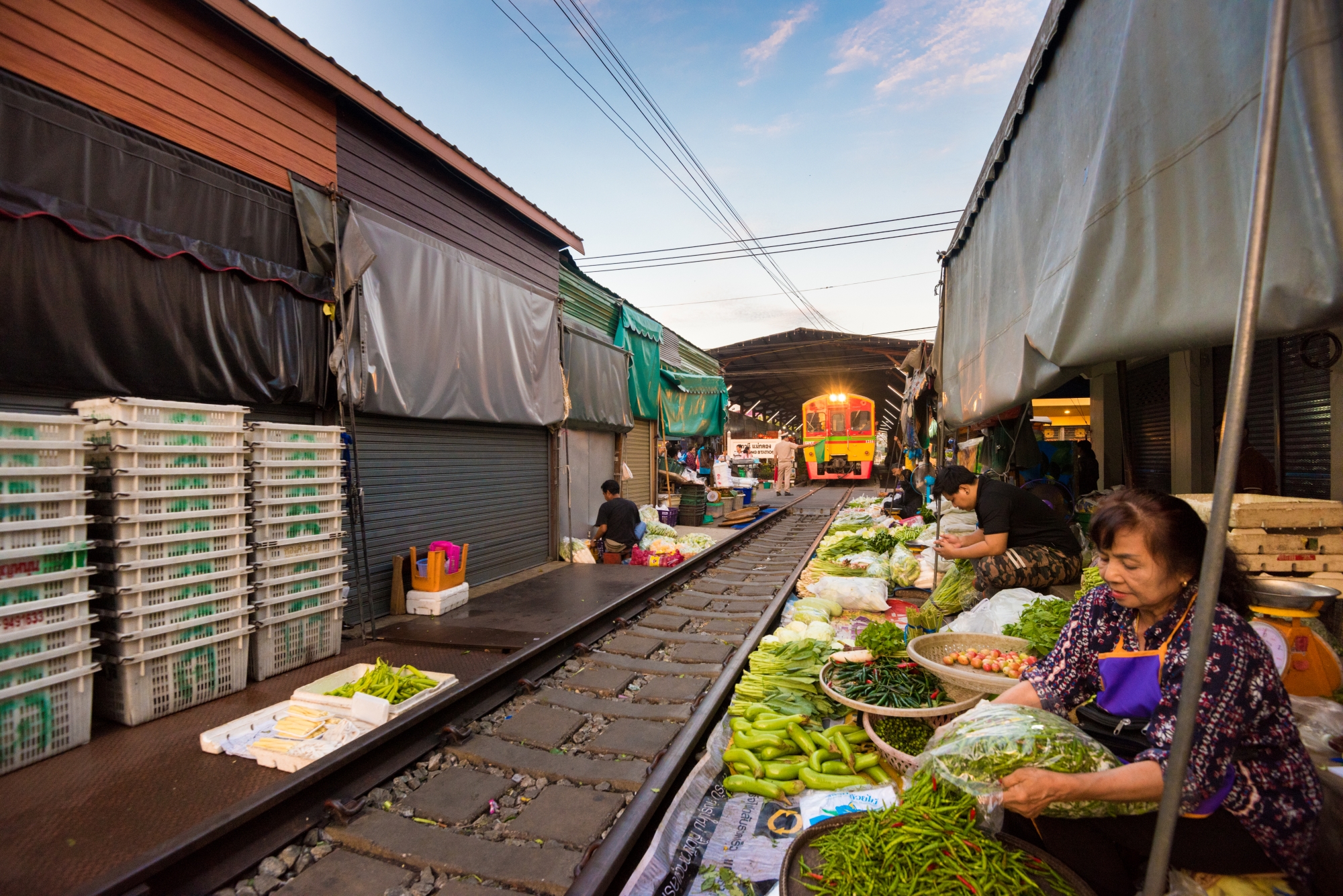 Mae Klong Railway Market (Hoop Rom Market) is a local market in Samut Songkhram Province, commonly called Siang Tai (life-risking) Market. It is considered one of amazing-Thailand attractions in the province. Spreading over a 100-metre length, the market is located by the railway near Mae Klong Railway Station, Mueng District, Samut Songkhram Province. It is a common fresh market selling seafood, vegetable, fruits, fresh and dried food, meats and other miscellaneous goods. Mae Klong Railway Market is open from 6.00 a.m. -6.00 p.m. The market is called ‘life-risking’ market because its stalls are attached to the Mae Klong-Ban Laem railway, which is a short railway line running from and to Mahachai and Mae Klong. Vendors at the market put out parasols or canvas to protect themselves against the sun. The shelters stick into the railway where visitors walk and do their shopping. When each signal of the arriving train rings, chaos happens: vendors will rush to close their parasols and canvas, along with clearing all goods that will obstruct the coming train at a great speed. Once the train passes, parasols and canvas will be reopened as goods are again put into their usual place next to the railroad. The market, accordingly, is so called ‘Hoop Rom (umbrella/parasol-closing) Market’. The practice is usual for vendors and local people, but not for tourists who will definitely find the scene exciting and enjoyable at each visit. The parasol-closing event happens eight times per day according to the time that trains leave Mahachai for Mae Klong and depart Mae Klong for Mahachai. Trains will arrive at Mae Klong Station at 8.30 a.m., 11.10 a.m., 2.30 p.m. and 5.40 p.m., and depart the station at 6.20 a.m., 9.00 a.m., 11.30 a.m. and 3.30 p.m.. To arrive by car, take Thonburi-Pak Tho route until the 63rd kilometer. Keep left and enter the paralleled elevated highway to read the centre of Samut Songkhram. Drive past the first light and the market. At the second light, turn right and cross over the railway to arrive at Mae Klong Railway Market. By train, from Wonwian Yai Railway Station, get off at Mahachai Station. Take a ferry to Tha Chalom side and catch the train from Ban Laem Station to Mae Klong, which is the last station. 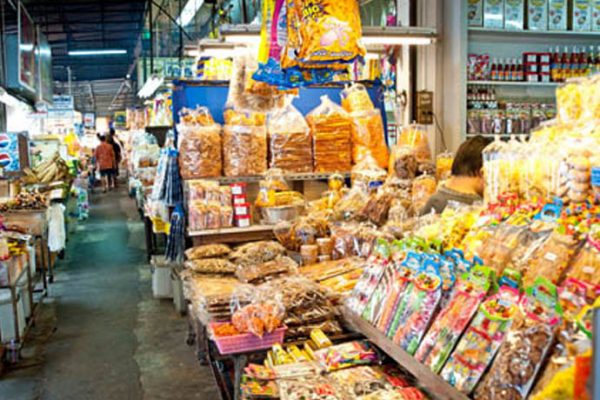 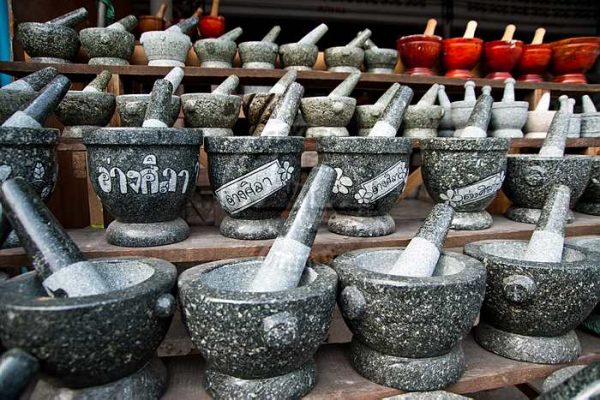 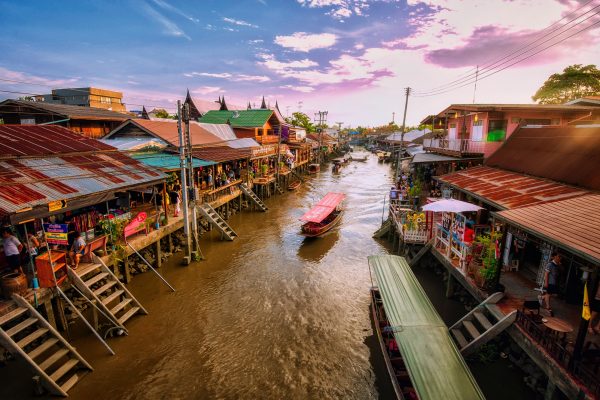 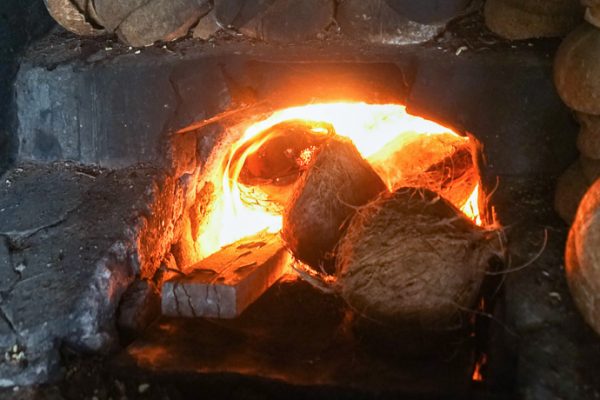