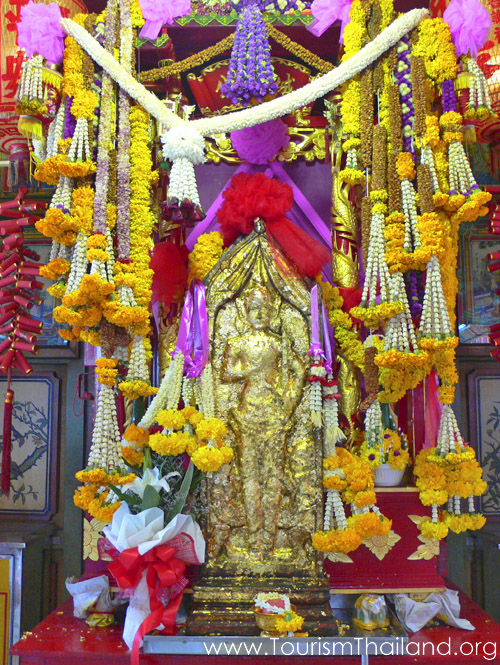 The construction of Sanlugmuang Samut Sakorn or Chao Po Vichian Chot was completed in 1987. It is a house with a Chinese style roof. It is situated near Vichian Chodok Fortress. This shrine is the sacred place that people worship and it is also the center of fishermen in the province. Before sailing, fishermen will go to pray and squib at the shrine for their luck.In the shrine, there is Chao Po Vichian Chot statue. It was carved and made from pipal. It looks like Siam Deva standing on the elaborated carved coronet with pure gold cover. It is over 1cubic high. Moreover, there are other sacred statues such as Luang Po Sothorn, Chatukam Ramthep, Phra Sangkatjai, and Luang Pu Tuad.The front and the side of the shrine are the large parking lots next to the river and the pier to Tha Chalong. There is also a tall restaurant to dine and see the scenery of Samut Sakorn. There is a large park near the shrine for relax and recreation. Behind the shrine, there are many interesting places such as Saolugmuang Samut Sakorn, Thailand’s biggest city pillar. It is located in a building with four gable ends, a pagoda top, and 3 stairs. There is also the shrine of Phra Sanggatjai behind Sanlugmuang Shrine.For visitors, on the 11th day of the waning moon in the 5th month of Chinese calendar every year, there Is the ceremony of Chao Po Lukmuang parade. It is the parade in water which is the only parade in Thailand held in water. Visitors can also visit the shrine in other time. To visit the shrine, use the Public Highway no. 35. Then use the frontage road near Samut Sakorn City and turn left to the Setthakit 1 (3091) Road. Go straight to the pier and turn right to the road next to the river and then the shrine. The landmark of the shrine is the large roof in front of the shrine and a little house with Chinese style roof behind. 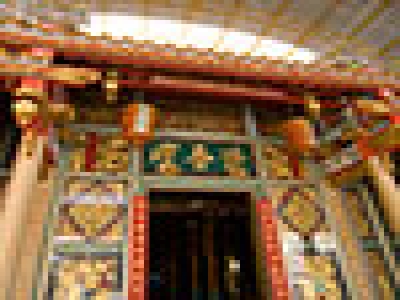