It is located on the 37th and 38th kilometer marker along the highway number 325 (Samut Songkhram- Bang Phae). It is an ancient temple constructed during the late Ayutthaya period approximately in 1769. The interesting thing inside the temple’s old image hall is the brick building with the influence of Chinese architecture, in line with King Rama III’s preference. There are no decorations like Chofah, Bai Raka, and Hang Hongse. The gable is decorated with stucco in Chinese style. The entrance door, where the two stucco statues of Western soldier are guarding on both sides, is round. The top of the image hall’s wall shows the mural paintings which are different from the other paintings. It is made of embossed stucco, displaying the life of Buddha. The stucco mural paintings at the temple vary from bas-relief, deep-relief, and colored paintings in some parts. The art works here are simple and straightforward but also contain a lot of hidden interesting stories and details; for example, houses in Chinese style, durian trees in the picture of trees, or the appearance of angels, mountains, and seas.Around the wall below the image hall is a hole that enshrines the Buddha image. In the middle of the image hall houses four large models of Buddha’s footprint overlapped with one another in descending order. It is believed that the models were built in Thonburi period. In the past, there was a silver sheet covering the models but it was stolen during the war time. The deepest overlapped model which is made of wood and decorated with pearl still remains spectacular.Although Wat Bangkapom is not a large temple, there is “Luang Por Kong Dhammachoto,” the well-known instructor and the former abbot who made a big progress to the temple. There are a lot of followers visiting Luang Por Kong’s image hall in order to cover the statue of “Luang Por Kong” with gold leaves for lucks. The famous sacred object is Luang Por Kong coins. It is said that the coins are powerful for invulnerability, especially a version that costs up to 400,000-500,000 baht. In addition, there are Luang Por Hok Ong image hall and Luang Por Dam image hall in the area of the temple. At the entrance, there is a small coffee shop with thatched roof, providing tea and nice original coffee for the visitors. 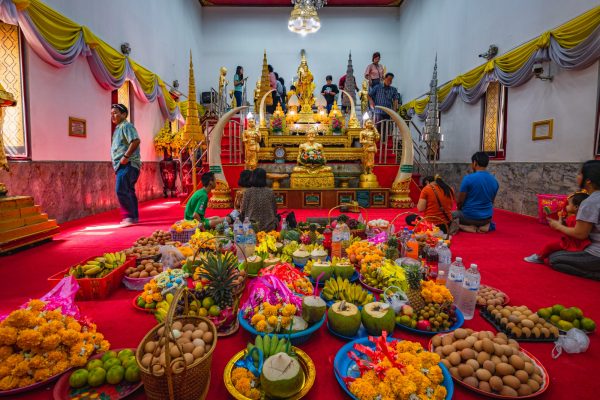 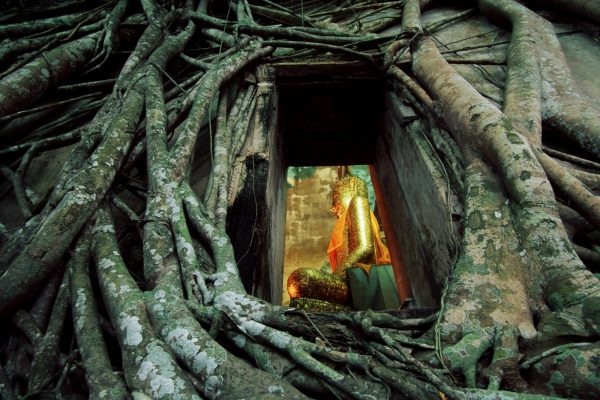