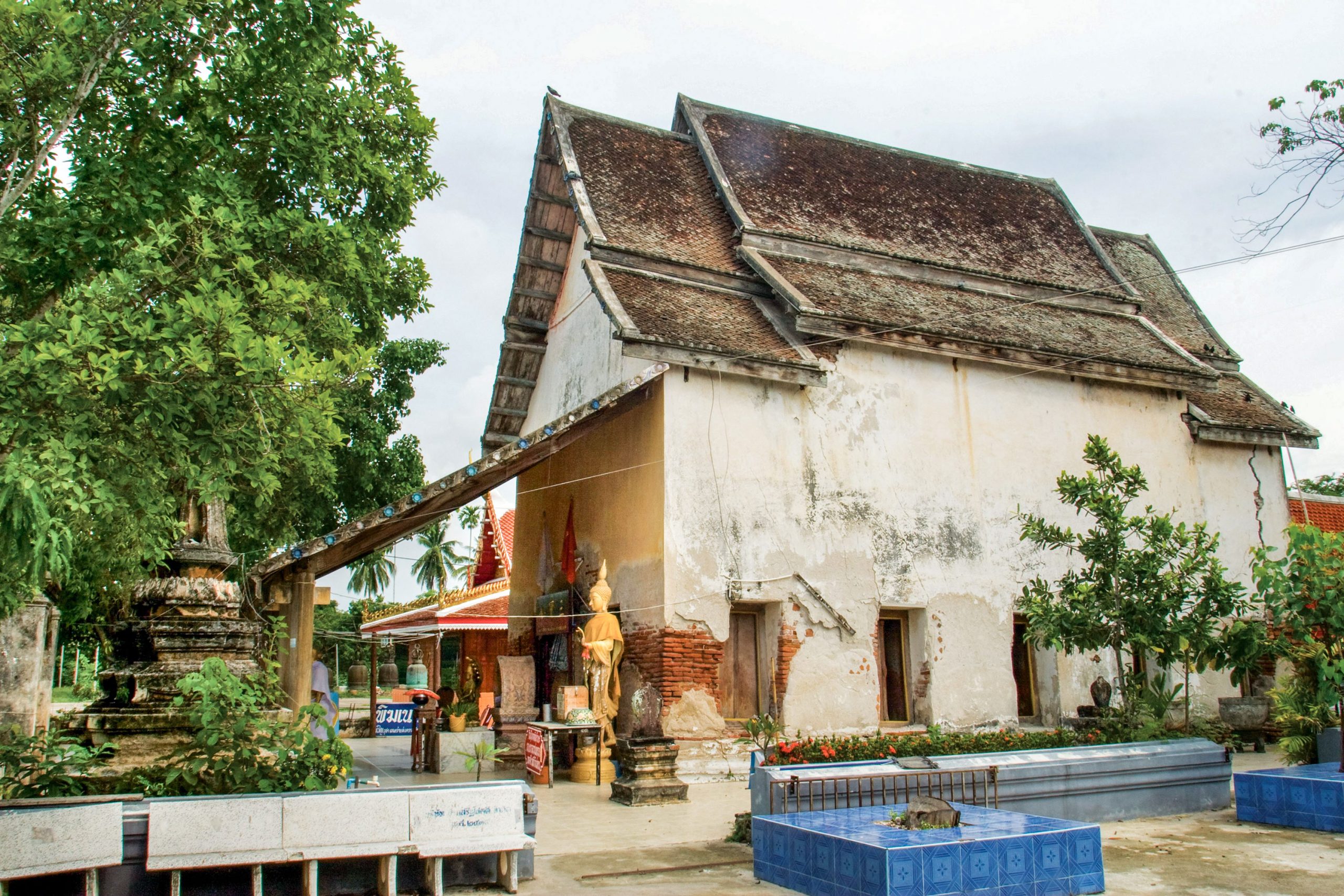 Wat Intaram is located at Moo 1, Tombon Mueang Mai, Amphur Amphawa, Samut Songkram province. This old temple was built in 1757 during Ayutthaya period. It was renovated in Rama III reign. The Ubosot hall is built with marble together with brick and mortar while the roof is covered with the baked clay. There is no gable apex, ridges on the slopping gable and gable ends. However, it is decorated with Chinese kitchenware. Outside is the short glass wall. At present, only the pointed glass entrance arch, 2 pagodas at the glass wall corner are remained. The pagodas were made of brick, mortar and in 12-angle wooden style. There are also reducing stupas in 12-angle wooden style. At the door panels and window panels of Ubosot hall were engraved with impressive proverbs.The interesting features in this temple are over 300 years old Luang Poh To Buddha’s Image which has been enshrined with this temple since the beginning. There are many ways to make merit such as changing one’s bad fortune through crawling under the hall, carrying the Buddha’s Image of each person’s birthday, reinforcing one’s fortune by making merit and predicting one’s fortune by using Semsee prediction which is believed as the most accurate one. Near the temple is the small floating market where tourists can find food and local fruits. The temple’s pier is barb fish pond where tourists can also feed the fish. One area of the temple is the mind sanctuary where herbs and practicing Dhamma are used to cure of those who are addicted to drug. There are also ancient boats museum plan for the future. The Fine Arts Department has announced Wat Intaram as the national’s ancient remain and indicated the ancient’s remains are in the government gazette.To go there, take Highway Number 325 (Samut Sonkram-Bang Phae), turn left to cross Phra Srisuriyen bridge. Then, turn right to Highway Number 3062, turn right again into highway Number 2002. Drive past Amphawa hospital and keep going straight along Highway Number 2007. Bus number 8030 Samut Sonkram-Wat Kaew Charoen pier can also take you there. For more information, please contact 0 3476 0888, 0 3473 5505. 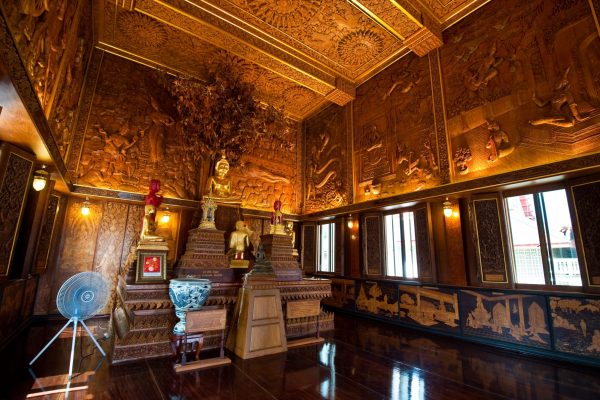 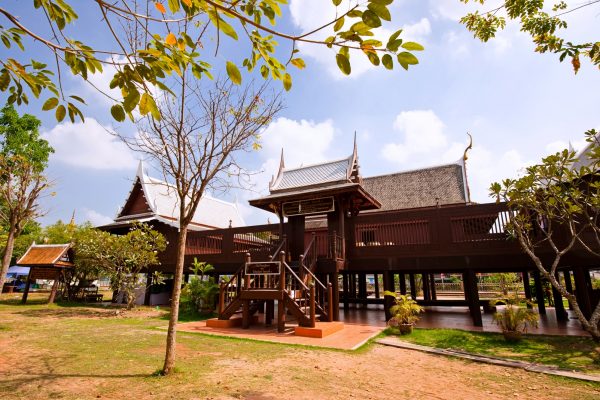