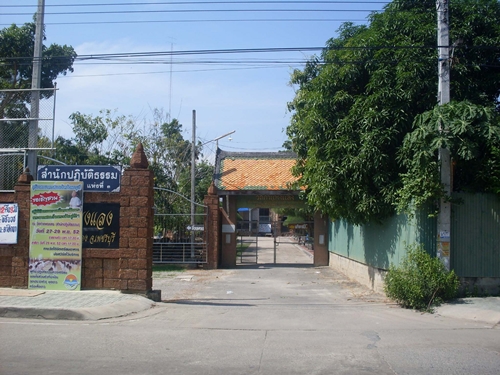 Wat Kampaeng Laeng was originally a Hindu shrine which was built around 1200-1250, during the reign of King Jayavarman VII of the Khmer Empire. The outer wall was constructed from piled sandstone blocks. The temple facade is located at the front. Wat Kampaeng Laeng was a work of Bayon art. In the past, there were five prangs facing east. The main prang was located in the middle and four other prangs were founded on the four directions. At present, there are only three prangs left. The architecture is decorated with motifs in Bhramanism, such as kanok, deity, lion and garuda. Each prang is a shrine which houses figure of gods; that is, Brahma, Vishnu, Shiva, Lakshmi and Kartikeya. When Wat Kampaeng Laeng was built, the propagation of Buddhism had not yet spread to Petchaburi and the Bhramans was in power since ancient times. At the time, the Khmers stretched their empire to the area around Chao Phraya Basin. The fertile land was one of the settlements where they had the shrine built according to Khmer tradition. When Buddhism became a prominent religion in the area, Bhramanism subsequently faded out. Kampaeng Laeng was converted into a Buddhist temple before being abandoned at a later time. During the period of Ayutthaya, more brick buildings were constructed in the area of the Buddhist sanctuary. The original sandstone wall was reserved so the temple was named ‘Wat Kampaeng Laeng’ or ‘the sandstone-wall temple’. The prangs at the temple are part of ancient remains dating back to the Lopburi era. The Bhramans built the prangs from sandstone, which was made from a kind of mineral that was mixed with clay and became the stone (sandstone) that was cut into blocks as needed. Inside the temple wall, there is a baray or a large rectangular pool. As there were already plentiful water sources nearby, it is assumed that the pool was built so that there was spare material for the construction of other buildings. 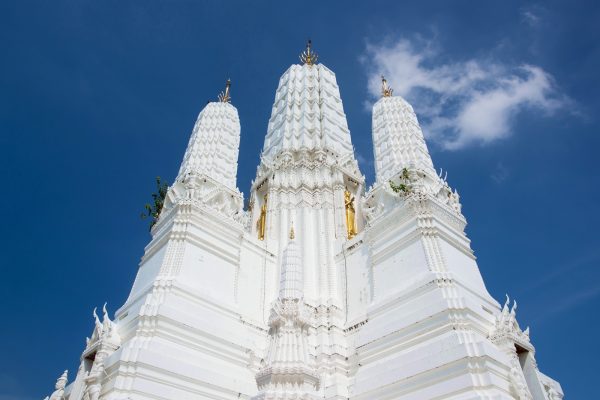 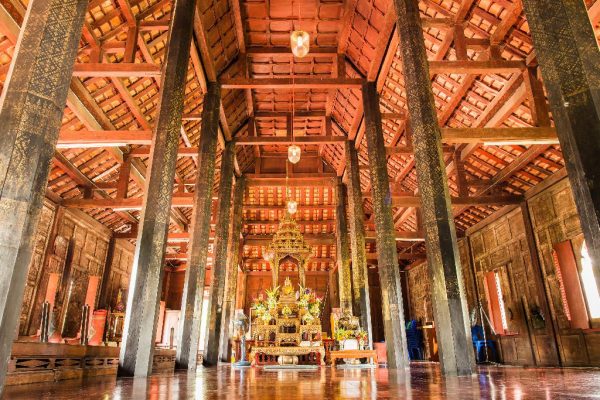