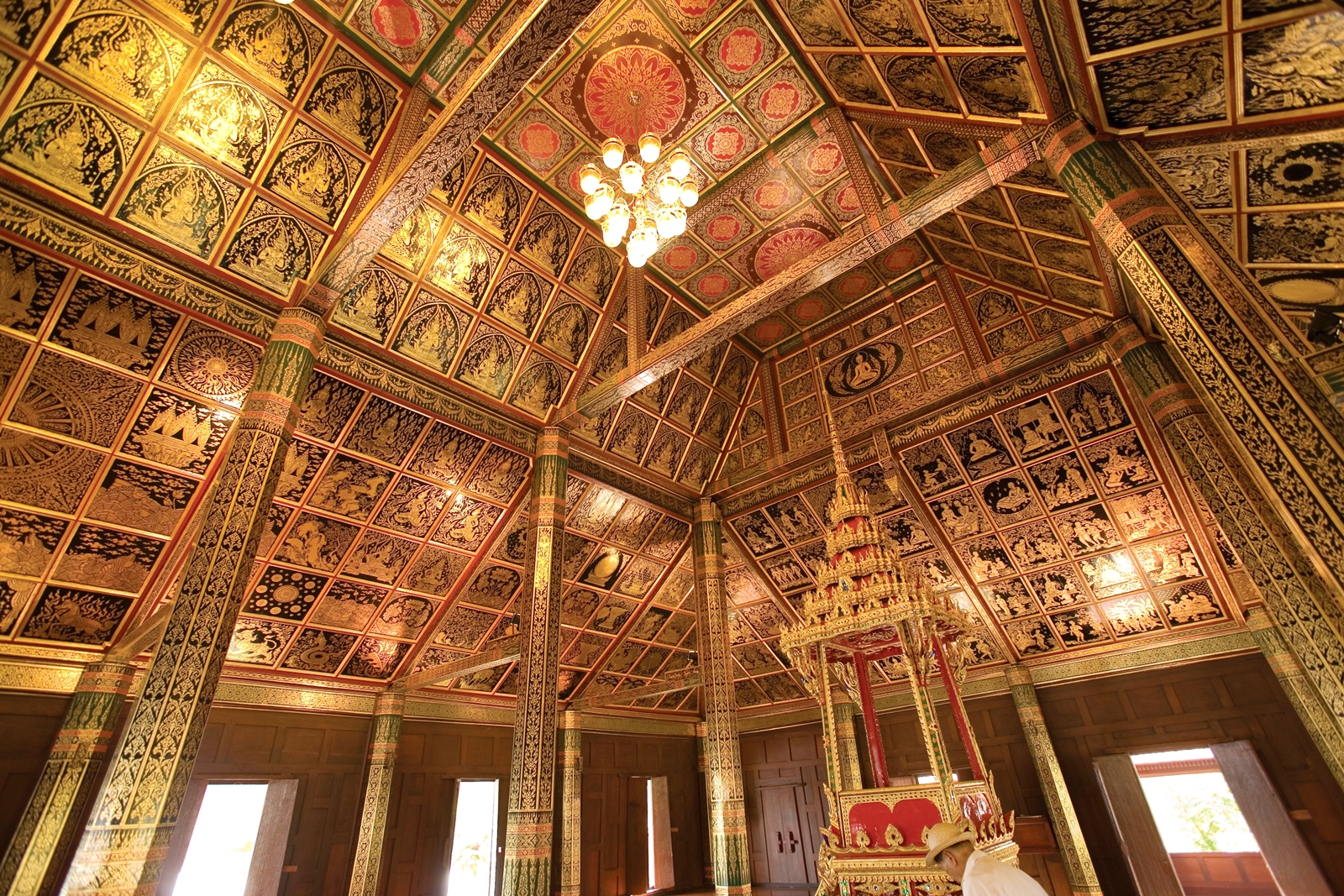 Wat Nai Klang was built under royal instruction of King Taksin the Great in dedication to his mother who was a native of Ban Laem. This old temple is at least 200 years old and contains various structures of the late Ayutthaya period; such as, chedi, windowless ubosot with a single front door, monk’s cells, preaching hall, belfry, etc. The temple also houses “Luangpho Sukhothai”, a much revered Buddha image in the gesture of subduing Mara dating from the Sukhothai period. Among the distinctive architecture of Wat Nai Klang is a teakwood Sala Kan Parian or preaching hall which underwent restoration by means of dismantling and reconstructing. The building is believed to have formerly been a throne hall in the reign of King Thaisa of the Kingdom of Ayutthaya. Later, King Taksin the Great had it dismantled, taken from Ayutthaya, and reconstructed at Wat Nai Klang. The reconstruction followed ancient techniques, using mainly wooden bolts and partly Chinese nails to fasten all parts together. The preaching hall is supported by octagonal columns with brackets intricately carved into unique and graceful Naga heads to support the eaves. The brackets at this temple have become a prototype for other temples. 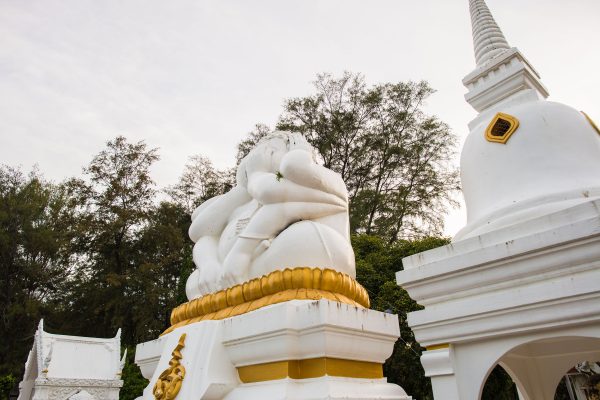 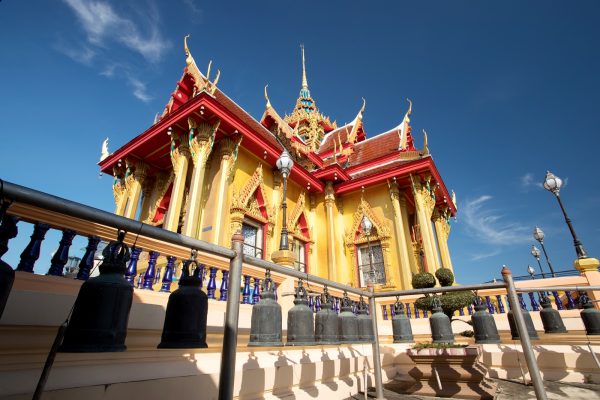