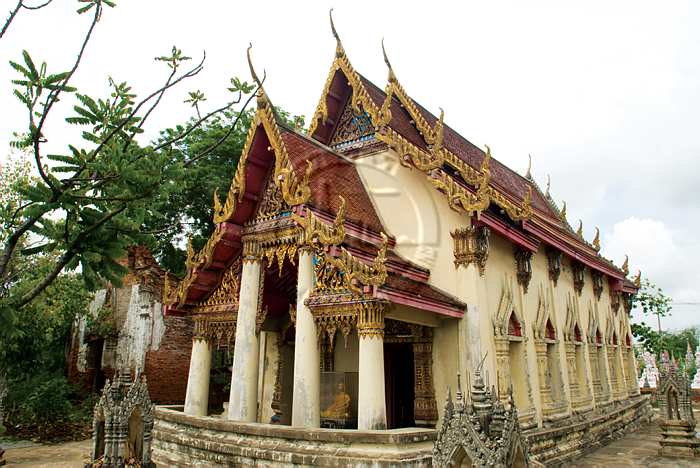 Located on Highway No.35 with a left turn after crossing the Tha Chin River, this is an ancient Temple presumed to have been built during the Ayutthaya era. The doors and windows of both the old and new chapels were neatly and beautifully carved in various floral designs. It is believed the craftsmen were Chinese, as the carvings include some Chinese trees.

This 400 year-old Temple was likely constructed during the reign of King MahaChakkraphat, in the Ayutthaya period. Later on during the reign of King Rama V, the king named it “WatYaiSakhonBuri” and established its status as a royal temple.The ancient shrine hall, made of bricks and cement, has a base curved in the shape of the bottom of a barge, an important symbol in ancient Thailand, which was once dominated by water transport. The arches of the doors and windows are elaborately decorated with stucco reliefs. There are also wood-carved panels on the doors and windows of the prayer hall in the pattern of flowers, trees, mountains, animals and people. The designs are in the Chinese style of art, beautifully engraved in sharp relief in wood. The Fine Arts Department registered the temple as a national ancient monument in 1936. The temple is situated in TambonTha Chin, 4 kilometers from the center of the province. To get there, take Highway No. 35 (Thon Buri-Pak Tho Road) at Km. 31 at the foot of the Tha Chin Bridge. The temple is open daily from 8.00 am-4.30 pm. 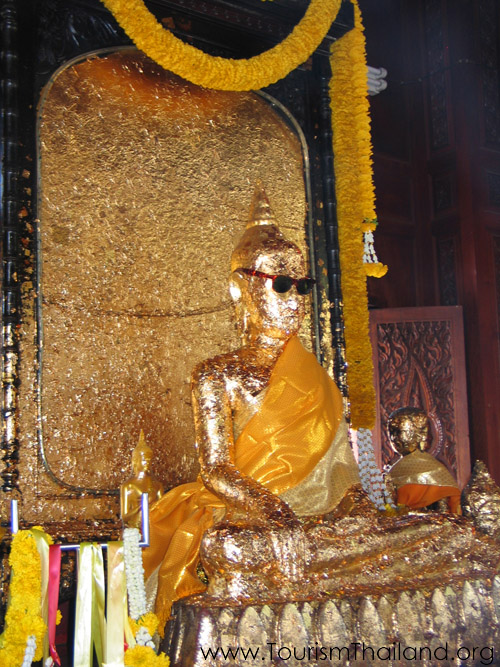 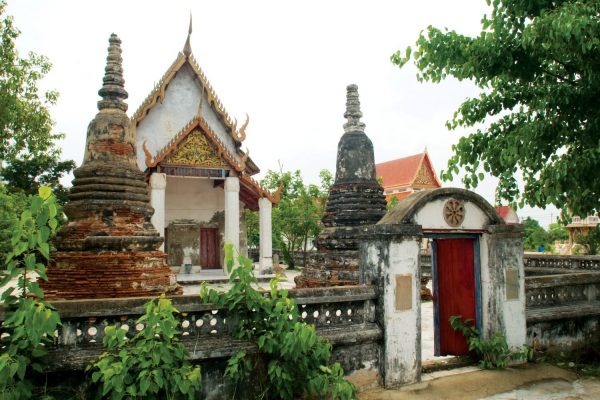