The Biggest Luang Pho Tho 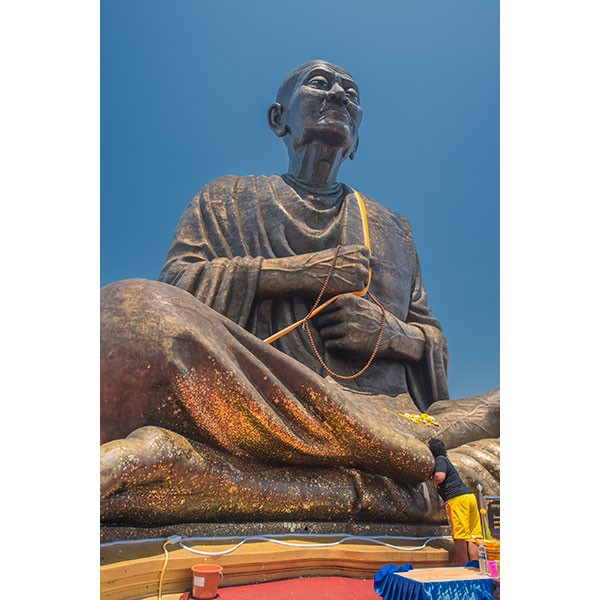 The Biggest Luang Pho Tho

The biggest Luang Pho Tho, Wat Tan Chet Yot is located in Tan Chet Yot village, Tambon Salalai, Prachuap Khiri Khan Province. The temple was named after the village “Tan Chet Yot.” The name suggests that there had been seven sugar palms but later they were cut down during the construction of the southern line by State Railway of Thailand as the trees barred the railway. Therefore, the workers used a natural way to kill the trees. The temple is situated in the middle of fields. Going in the side street, on can see the biggest image of Somdet Phra Phutthachan Tho Phromrangsi cast in brass. The measure of the image is 11 meters long in the posture of meditation and 18 meters tall. The image weighs 50,000 kilograms. These compositions make it the biggest cast image of Somdet Phra Phutthachan Tho Phromrangsi in the world. The prominent image is held sacred and open for tourists to pay respect to. Several cast virtual images such as those of Phra Achan Mun, Luangphu Thuat, Luangphu Suk, Luangphu Sot and many others are placed in front of the image. This tourism attraction commands the front fine view of Khao Sam Roi Yot.In addition to the biggest image of Luang Pho Tho, 28 images of Buddha stand surrounding the holy well. Furthermore, visitors can pray for good things to happen in their lives and pay respect to the wax sculpture of Somdet Phra Phutthachan Tho Phromrangsi.Surrounding scenery of the temple has recently been renovated to be shady and tranquil enough for tourists to find their peace of mind there. Free lunch is offered to tourists. The site is open every day from 8 p.m. to 4.30 p.m. 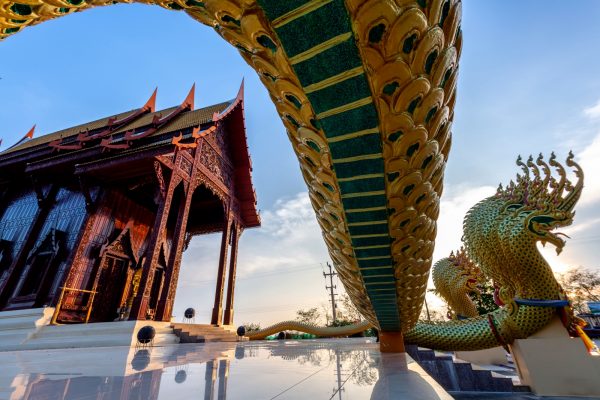 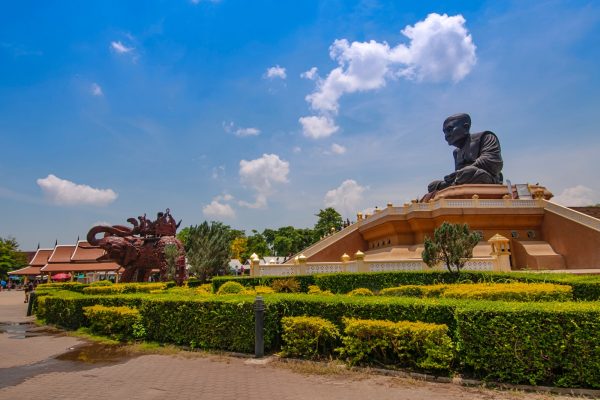