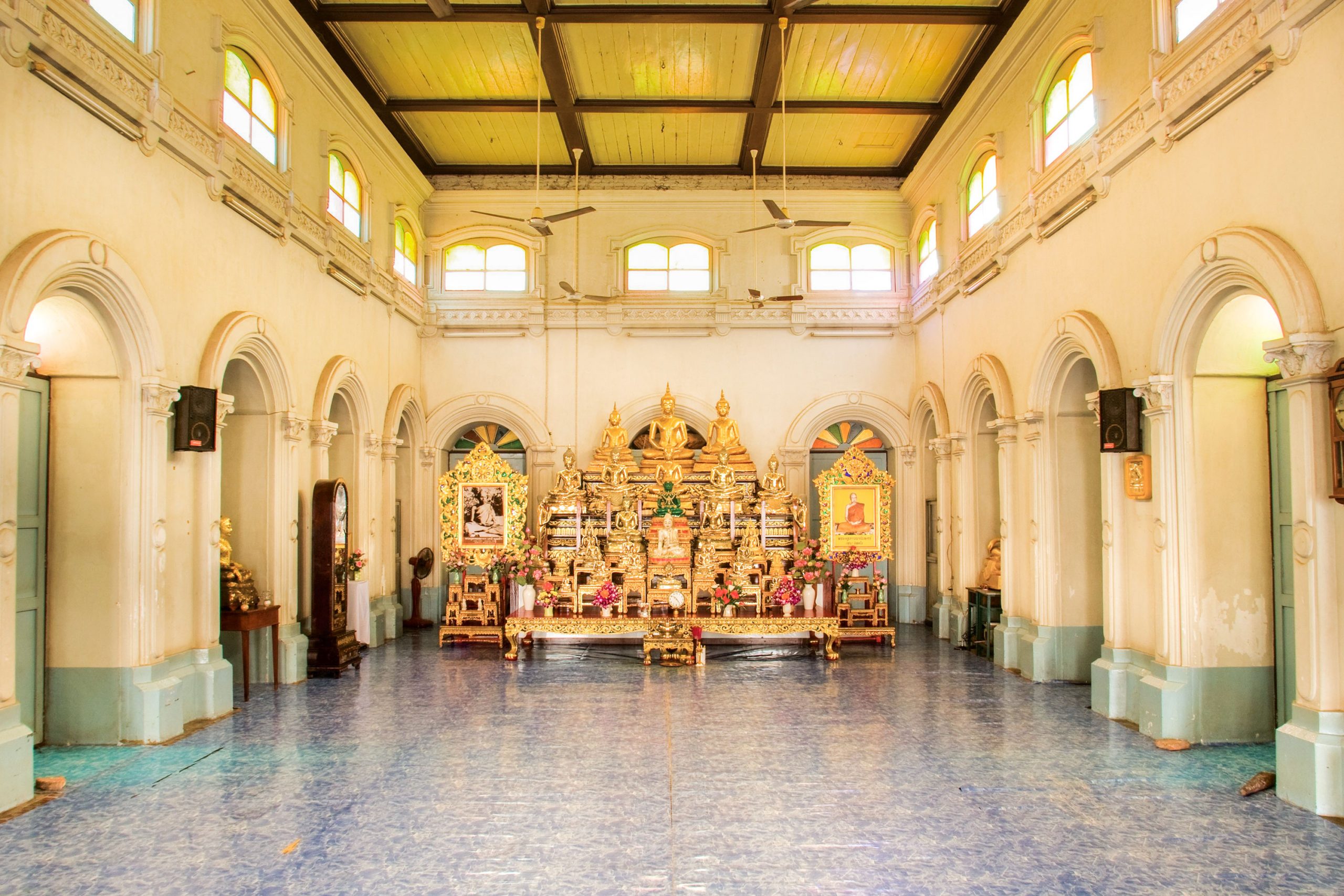 Wat Khao Wang Ratchaburi is situated on Sattanat Mountain, a 44-meter mountain. It is 2 kilometers away from the west side of the city. There is a road for car to the temple. The former name “Khao Sattanat” was given because it is the habitat for many animals such as barking deer, deer, and monkeys. There was an abandoned temple on this mountain. There are a pagoda, a small monastery of reclining Buddha, and a sanctuary with a pavilion on the east foothill. It was recorded that King Taksin is the founder and let a supply service of Ratchaburi to be the director to be the monument of the time when Somdet Chaophraya Maha Kasatsuk conquered Burmese army. He therefore named this temple “Wat Khao Sattanat” in 1785.After that, in the era of King Chulalongkorn (Rama V), a small palace was built on this mountain. There is no record about the name given from the King but local people have called it “Khao Wang” until now. Unfortunately, King Chulalongkorn came to stay here only once when he came back from visiting Saiyoke and meeting Portuguese envoys. King Vajiravudth (Rama VI) did not like this palace and has never visited here. The palace therefore was abandoned throughout his era. In the era of King Prajadhipok, the palace was deteriorated. The King thought that it will cost a lot for the repair and he did not intend to visit. The palace therefore was abandoned again and had become the forest and the habitat of many animals for 40 years. In 1924, Phra Kru Phrom Sama Chan and Phra Kru Pawana Nited traveled here and stayed overnight for temporary meditation. It has become the permanent meditation center since 1924. Phra Kru Phrom Sama Chan assigned Luang Sawan Thepakij, a baron of Ratchaburi, and Phraya Atta Kawee Subthorn, a baron of Ratchaburi, asked the King to return the land to be the temple’s area. The King therefore gave the palace to the temple on 16 April 1929.After that, Phra Kru Phrom Sama Chan demolished the deteriorated parts of the palace and added concrete to the walls of the former palace and renovated it as the monastery. It made from concrete and the roof was made from glazed tiles. It was decorated with gable apexes, toothlike ridges, lacquer, gold, and mirrors. It was royally granted on 22 April 1930 and the construction was completed in 1932. This temple was named “Khao Wang”. Wat Khao Wang has developed itself by building construction from Buddhists’ donation and the performance of 2 abbots; Phra Kru Phrom Sama Chan, the first abbot, and Phra Kru Pawana Nited, the second abbot. From the wild temple with few objects and people, now it becomes the relax place for Buddhists and monks to meditate. It is also the place for travelers and people who love peace.For more information, or on a tour group, please contact 032-231-2725. 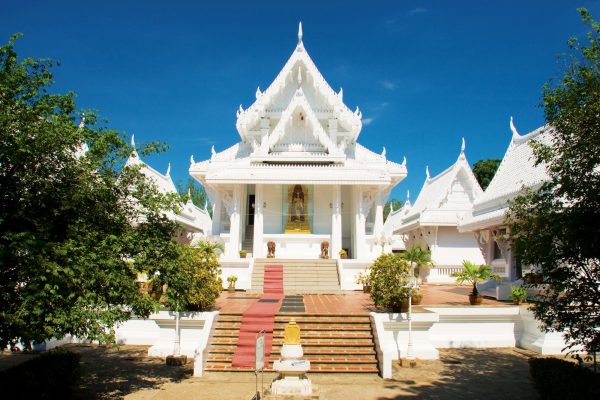 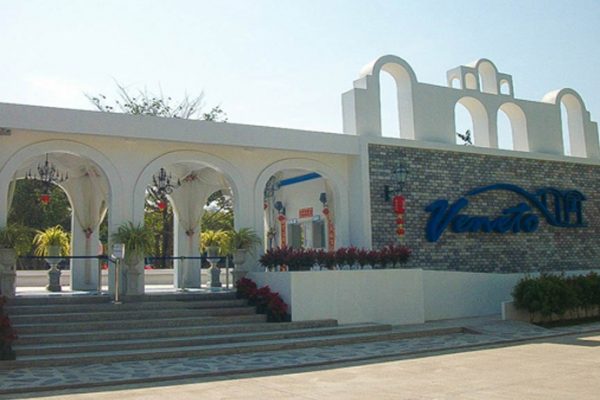