Khao Kaen Chan, or originally ‘Khao Chan Daeng’, is a 141-metre-high mountain on Phetkasem Road two kilometres from the main provincial area. This highest mountain of Ratchaburi enshrines ‘Phra Phuttha Nirokantaraichaiwat Chaturathit’ or ‘Phra Si Mum Mueang’ at the top, as one of the four Buddha images ordered by His Majesty the King to be ordinated at four different provinces: Ratchaburi, Lam Pang, Saraburi, and Phattalung. The scenery around the city could be seen at this top; the place is also accessible by car smaller than six-wheel drives due to switchbacks.’Phra Phuttha Nirokantaraichaiwat Chaturathit’ or ‘Phra Si Mum Mueang’ is in fact the common name for each of the four Buddha images created according to a traditional belief dated back to Ayutthaya period, saying that holy objects are needed in order to protect all four borders of the city or the empire. Here, ‘Chatura Phuttha Prakan’-the using of Buddha images to bless the people and forfend the kingdom from the rivals, the dangers, and the evils-was chosen as Phra Phuttha Nirokantaraichaiwat Chaturathits were created. The image is in Sukothai-style meditation attitude; the right hand and the right foot are placed over the left ones, the eyes are wide open, the facial expression gives a clear and serene look. The bronze statue is of 49-inch lap size, placed in the four-gabled stand-alone mortar structure which is roofed with wooden superstructure and traditional Thai roof tiles. The door and all four windows of the building are also beautifully gilded.At the foothill stands another statue, but of Somdet Phraphutthayotfa Chulalok, King Rama I the Great, which was created to mark the 200th year anniversary of Rattanakosin era by cooperation of people of Ratchaburi. The vicinity was built into a public park ‘Chakri Anusorn Sathan Park’ as a public recreation and exercise area, with a variety of exercise machines and food shops. There is Chao Mae Kaen Chan Shrine on the other side of the foothill which is worshipped by the local citizens as well.Khao Kaen Chan is open from the foothill entrance 5.30-19.30hrs every day. 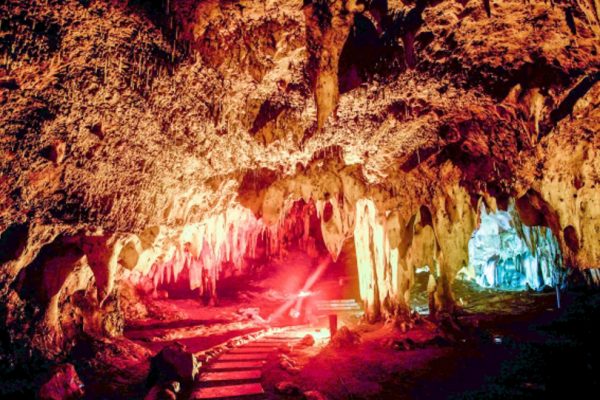 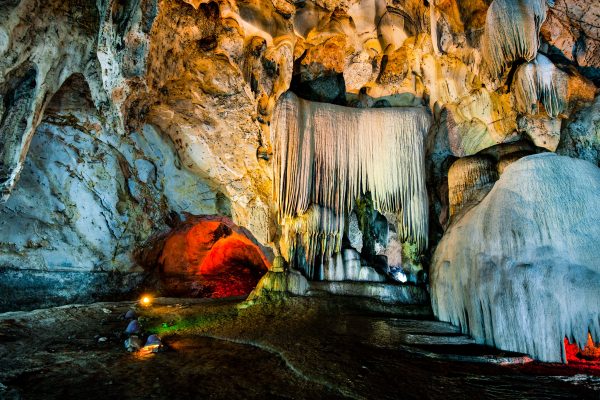