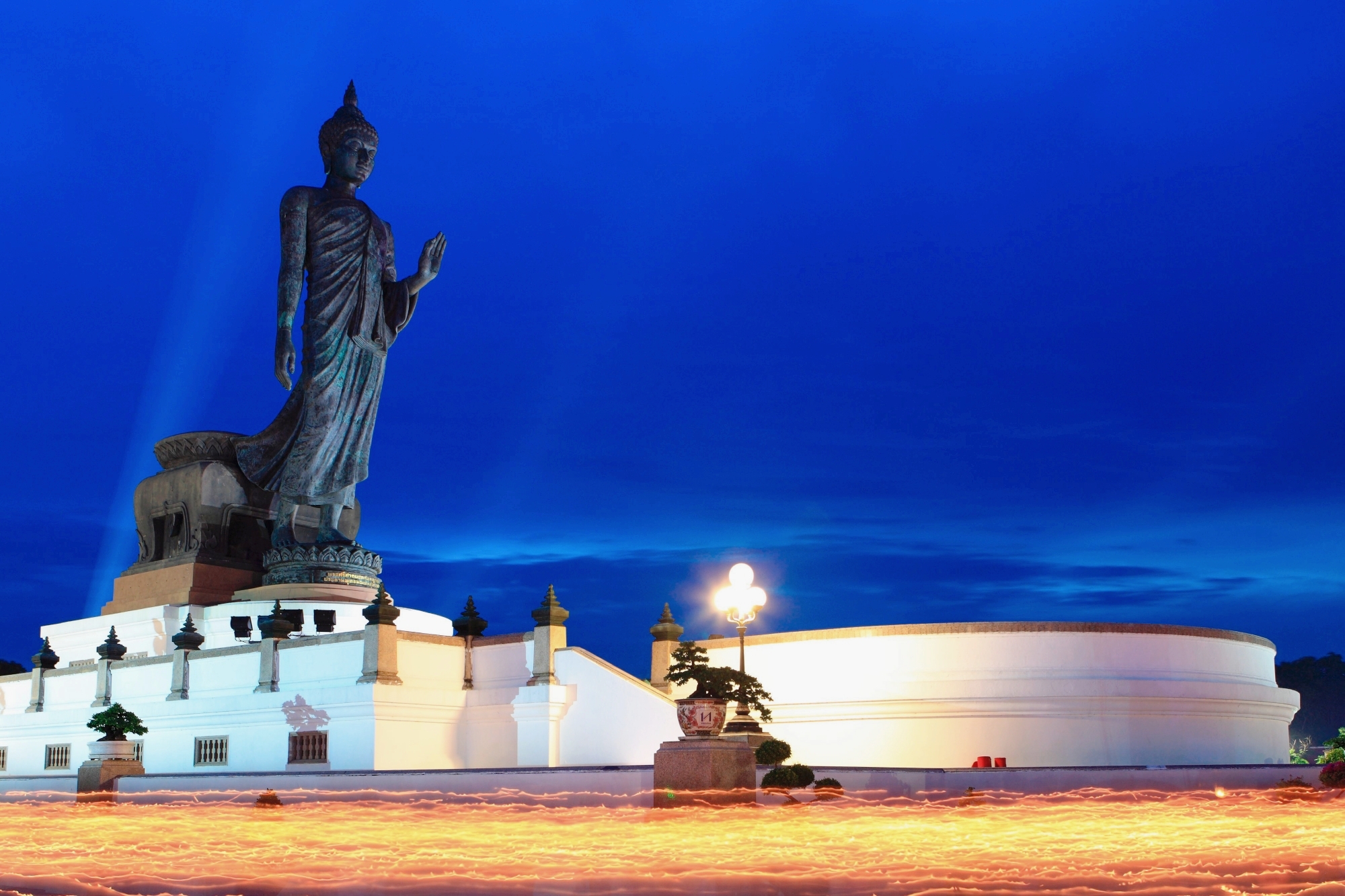 Phutthamonthon is a Buddhist park in the Phutthamonthon district, Nakhon Pathom Province of Thailand, west of Bangkok. It is highlighted by a 15.87 m (52 ft) high Buddha statue, which is considered to be the highest free-standing Buddha statue of the world. The park was created in 1957 (which was the year 2500 in the Thai Buddhist Era) on the basis of an idea of Thailand’s prime minister, Phibunsongkhram. The park covers an area of about 400 hectares, which in traditional Thai units is 2500 rai. Construction started on July 29, 1955. The construction halted for a while due to a lack of budget and continued again during the government of Kriang Sak Chamanan as it was a part of government’s policy. Moreover, the construction had a big progress thanks to the royal patronage and the park was inaugurated on the Vaisakh Bucha day (May 13) in 1957. After the inauguration, many buildings has been built such as the auditorium and a big building called “Mahavihara” where the marble Tripitaka is housed. 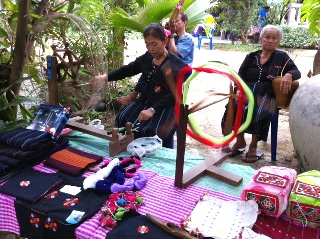 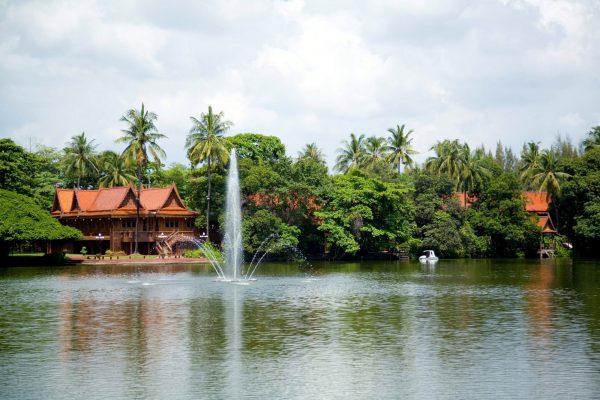