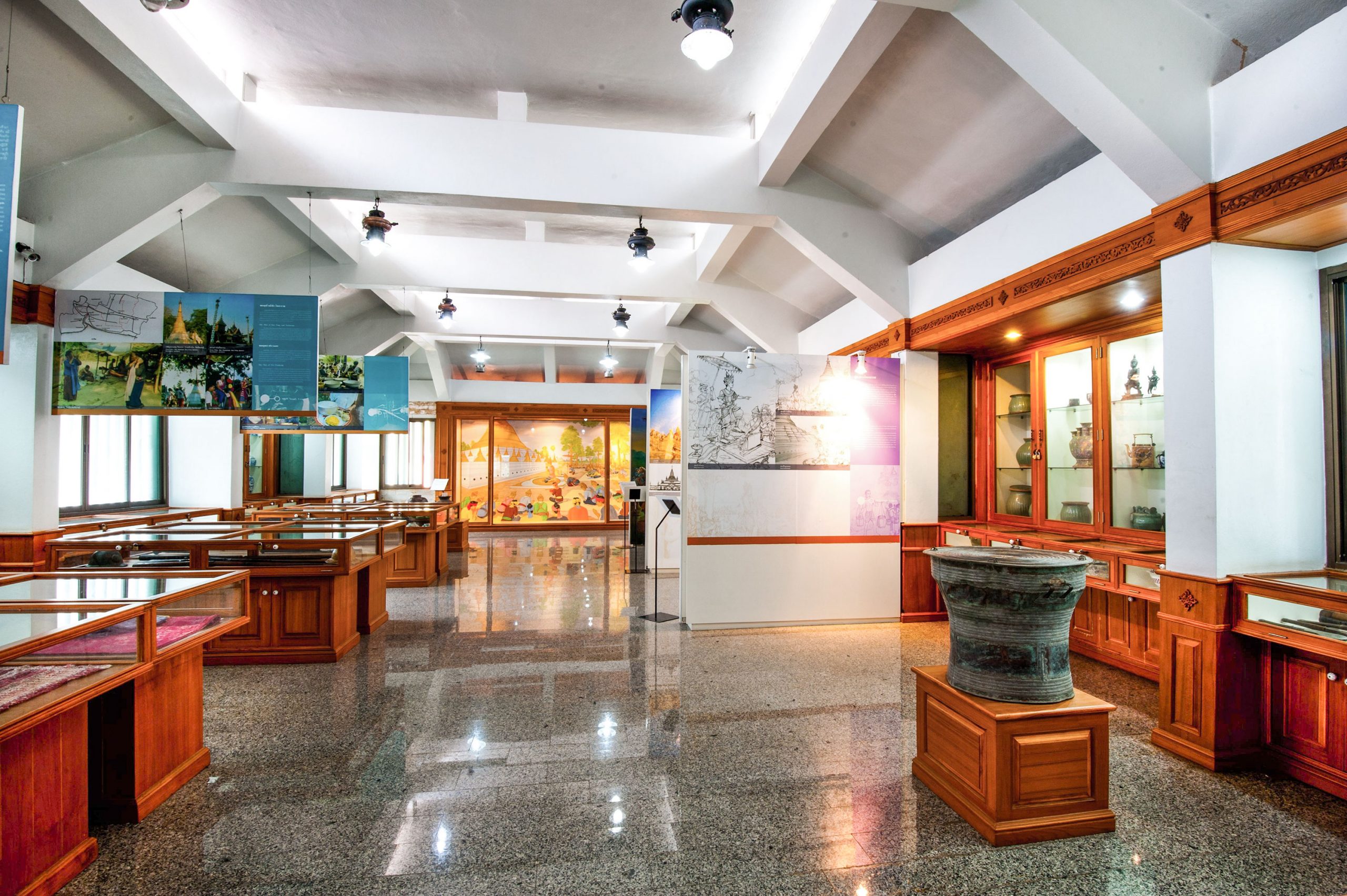 Wat Muang Folk museum is located inside Wat Muang, in Ban Muang Sub-district (by Mae Klong River) of Ratchaburi Province. It is one of the temples of Mon people that have settled at two riverbanks of Mae Klong River in the area of Ban Pong District for over 350 years. Therefore, Mon art is prominent such as a pair of swans in front an Ubosot which derives from the myth of Mon capital city, Hamsawati. The round Chedi of Mon style which is the principle Chedi is located inside Kampang Kaew (wall surrounding the pagoda). It has Jom Hae bell-shaped body along with Sang Wan stucco decorations and paints, big Plong Chanai, stucco decorated Plee Yod (top) and a metal Chat (umbrella) on top of the Chedi.Regarding Wat Muang Folk Museum, it was established in celebration of the fifth cycle birthday of Her Majesty Queen Sirikit on August 12, 1992 under the guidance of HRH Princess Sirindhorn. With cooperation from the temple, the villagers and Silapakorn University in collecting and displaying antiques, artifacts and instruments, the museum was officially opened on Friday February 26, 1993 as a center of knowledge and history of local culture, with the Princess Sirindhorn presiding over the opening ceremony.The museum has collected stories on history of local Mon people’s lifestyle and cultures from past to present. The history of Wat Muang temple was written in Mon script on a palm-leaf scripture, stating that it was founded over 300 years ago in the late Ayuthaya Period. In that time, most of the villagers lived in the area of Ban Wat Muang and at two riverbanks of Mae Klong River were mostly Mon, living together with other groups of people such as Thai, Chinese, Lao, Yuan, Khmer and Karen. Therefore, there were mixture and exchange of cultures creating a unique characteristic of Wat Maung local community. As the villagers are still attached to the old traditions and beliefs, the community is a treasure for researchers of Mon culture and other interested visitors. Therefore, there is a Mon Studies center established inside the temple.Wat Muang Folk Museum opens daily from 9.00 a.m. to 16.00 p.m. with free entrance (group visitors have to contact the museum in advance or send letter to inform Wat Muang’s abbot)For more information, call 086-004-0786 (Khun Sa-ang Phrom-In), 089-885-8817 or 032-372-548. 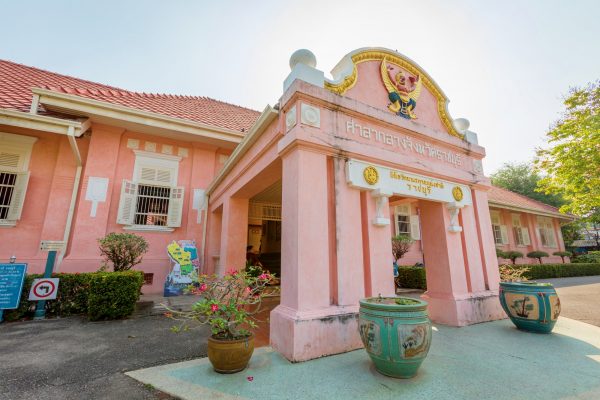 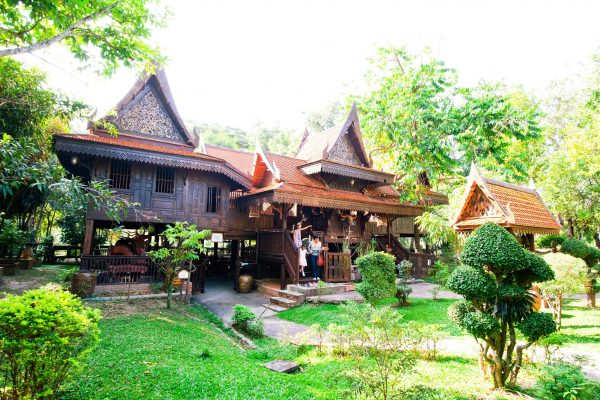