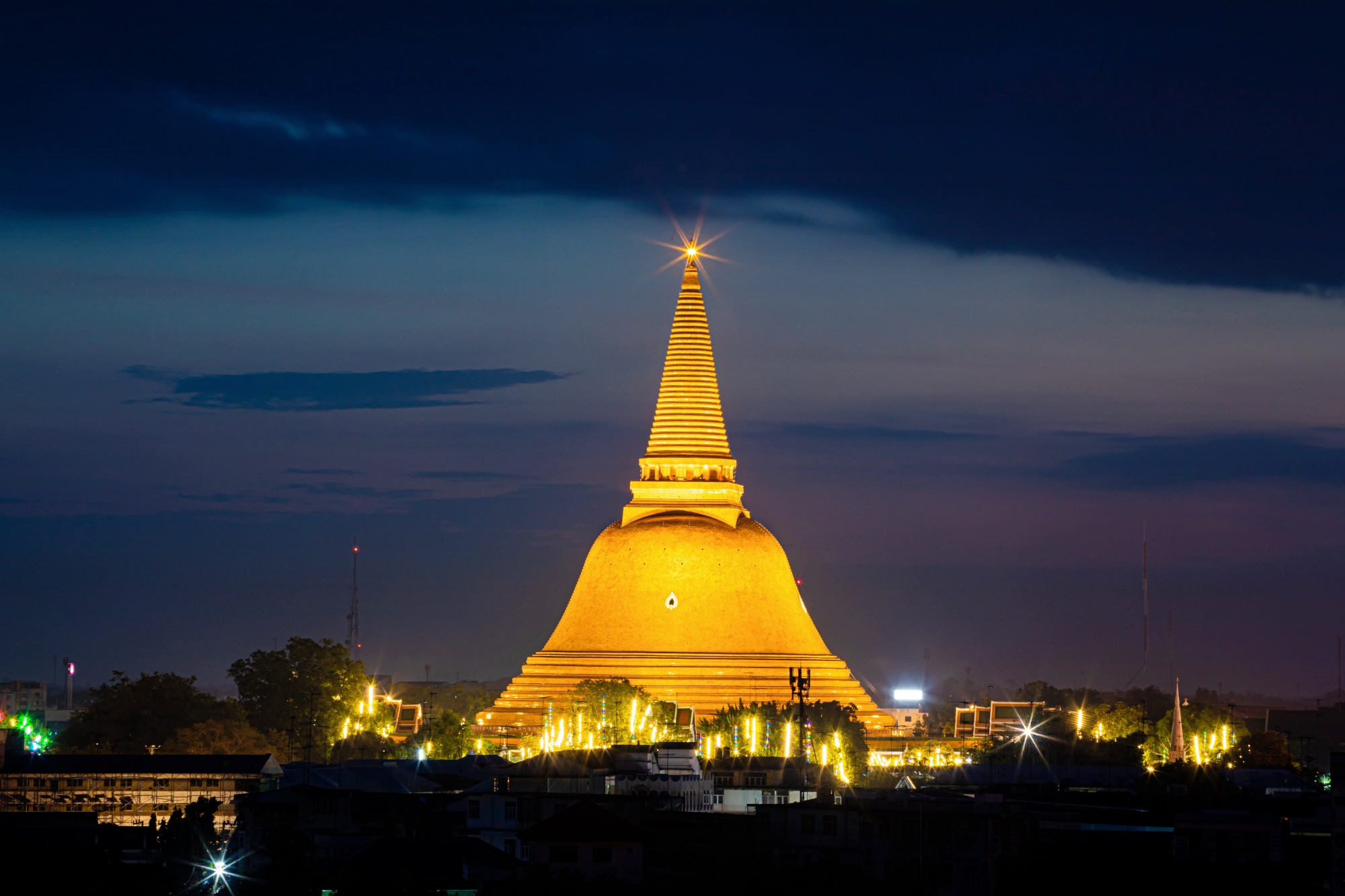 Located in Phra Pathom Chedi sub-district, Mueang Nakhon Pathom district, Nakhon Pathom province, it is a first-class royal monastery. Phra Pathom Chedi has a long history and houses the Lord Buddha’s relics.Formerly, Phra Pathom Chedi was called “Phra Thom Chedi” and was a Great Sacred Stupa of Suvarnabhumi. King Rama IV assumed that the Chedi was probably built when the Buddhist missionaries of King Asoka travelled to this area because the old Chedi was upside-down, bell-shaped Chedi like Sanchi Stupa and its top was probably built by a nobleman. His assumption coincided with a record in the Wat Si Chum stone inscription of Phra Maha Thera Siracha which said that Phra Maha Thera Si Sattha renovated the Chedi after coming back from studying Buddhism in Sri Lanka. Finally, King Rama IV gave it a new name “Phra Pathom Chedi”, which means the first Chedi of Suvarnabhumi. The completed Chedi has 4 viharas at the 4 directions and became a circular one that covers an upside-down, Lankan style, bell-shaped Chedi. The Chedi is decorated with tiles and surrounded by 2 rows of gallery. It is highly respected by the Buddhists around the world. Every year from the 12th day of the full moon to the 5th day of the waning moon of the 12th lunar month, the celebration to pay respects to the Chedi is held. 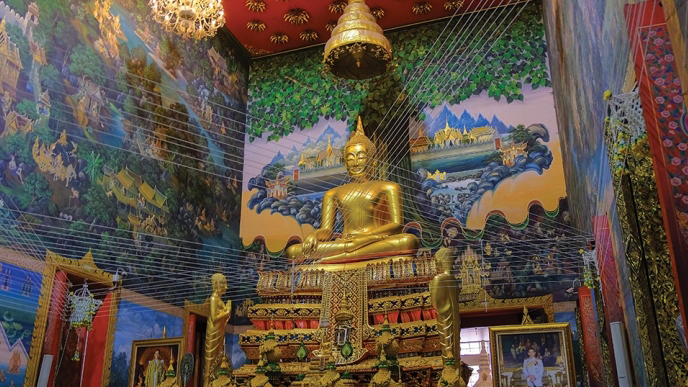 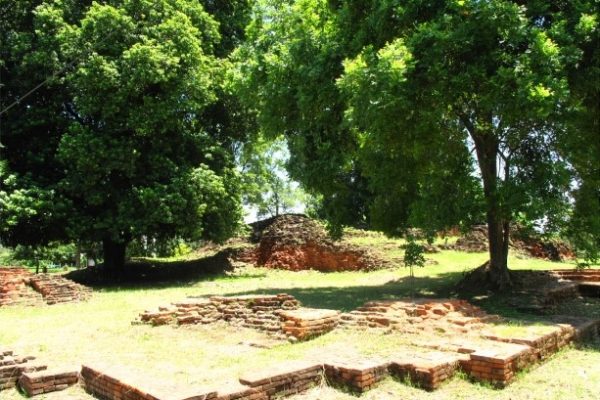