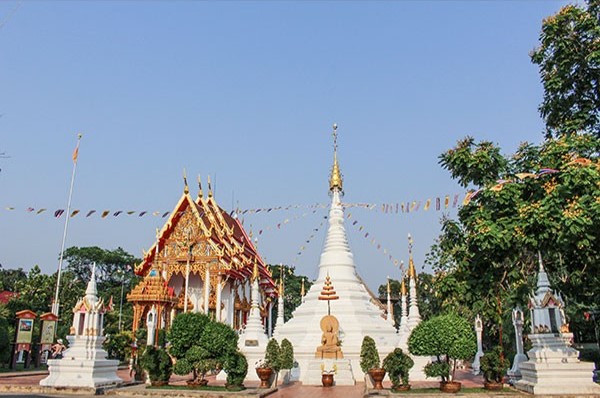 Wat Chomphu Wek is located on Sanam Bin Nam-Nonthaburi road, Nonthaiburi 33, Tasai sub-district, Muang district in Nonthaburi province. It is told that Khmer people built this temple around year 1757. Because of its peaceful environment and high location, the temple is named “Wat Chomphu Wiwek”. Later it is left with current name of Wat Chomphu Wek. The wall in the old temple is decorated with mural painting describing the biography of the Buddha and his ten lives. The highlight is mural painting of Phra Mae Thorani twisting her hair which is praised to be the most beautiful painting in Thailand. However, due to the temple’s small size, the painting of evil armies then could not be painted in a grander proportion and due to the low ceiling, the painter then had to change the position of Phra Mae Thorani from standing to a sitting position. Still, its delicacy and elegance are beyond words. Though the mural painting is assumed to be in the end of Ayutthaya period, it is not precisely correct as the painting had also been repaired again during Rattanakosin period; painting skill is as impeccable as the old one. In addition, the principle Buddha image from Sukhothai is also located here in Wat Chomphu Wek: the most beautiful standing Buddha image of all periods. Another highlight is Khmer pagoda built by Khmer monks called “Phra Mu Tao”; it is assumed to be constructed in year 1917. Buddha relics are believed to be found inside. To visit, take a minibus from Phra Nang Klao bridge or take a bus 69 to the temple. For more information regarding public buses, please call 184. For more information about the temple, please contact 025800705-6. 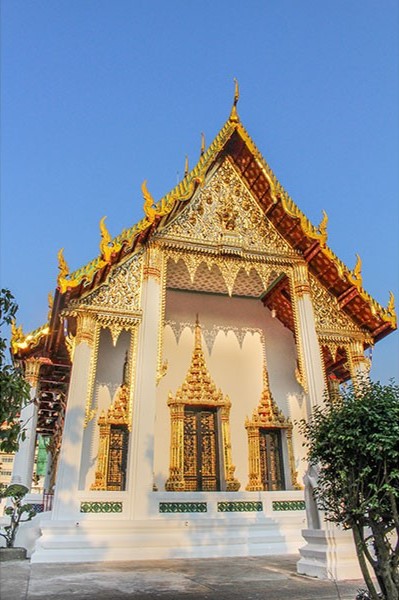 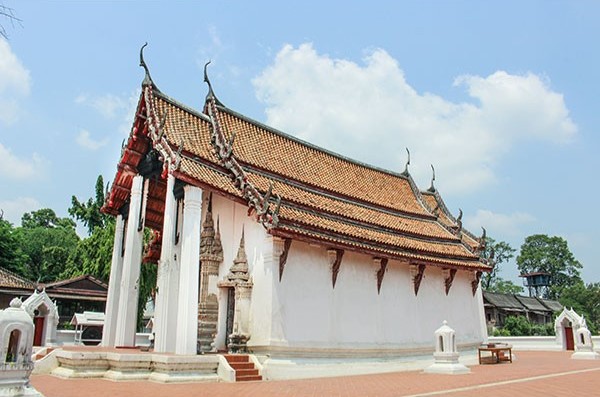