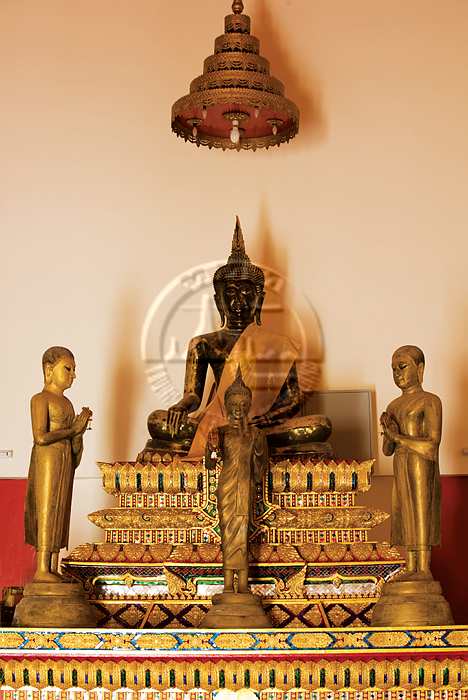 Wat Prang Luang is situated in Nonthaburi at 32 Khlong Bangkok Noi, Moo 1, Bang Muang Sub District, Bang Yai district. It is believed that the temple was constructed during the reign of King Ramathibodi I (U-Thong) during the Early Ayutthaya Period around 1904 B.E. It was formerly called “Wat Luang” until the 10th Supreme Patriarch of Thailand, Somdet Phramahasamanachao Kromphraya Vajirananavarorasa. He visited the prang, which was built at the same time as the temple. Therefore, he changed the name of the temple to “Wat Prang Luang”. At present, the prang is old and dilapidated. Archaeologists proved that its distinct structure was due to artists in the Early Ayutthaya Period. As for the Buddha image, a principal Buddha image called “Luang Por U-Thong” is enshrined in the ordination hall. The sitting Buddha image is covered with gold leaf and the hand gesture is depicted as “touching the earth”. The locals all come to worship this holy image. The prang is considered as one of the important religious sites of Nonthaburi. Its design is of the Early Ayutthaya Period. It is located between the ordination hall and a shrine hall. The seven-storey prang is built in laterite with 20 reduced corners, adorned with carved stucco with four entrance doors on the body. A standing Buddha image is enshrined. The Buddha image is covered with gold leaf and it has been restored in its later years. It is thought that the monk’s house was built around the same time as the temple and also the prang. It used to be an area to house the monks and a place to meditate. Right now, it is renovated. Moreover, in the same soi as Wat Prang Luang, there are Wat Sangworn and Wat Amphawan that those who are interested can pay a visit. They have an annual ceremony for Luang Por U-Thong and also gilding ceremony in June. 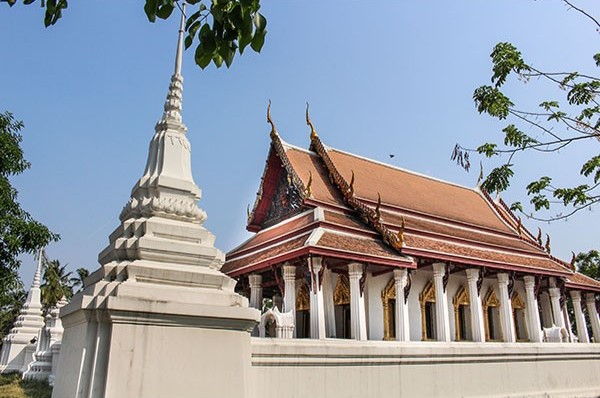 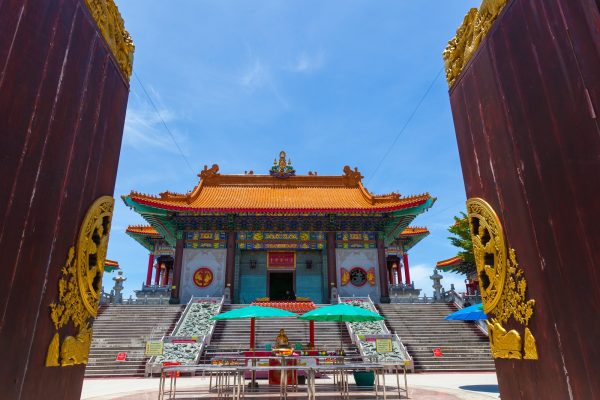