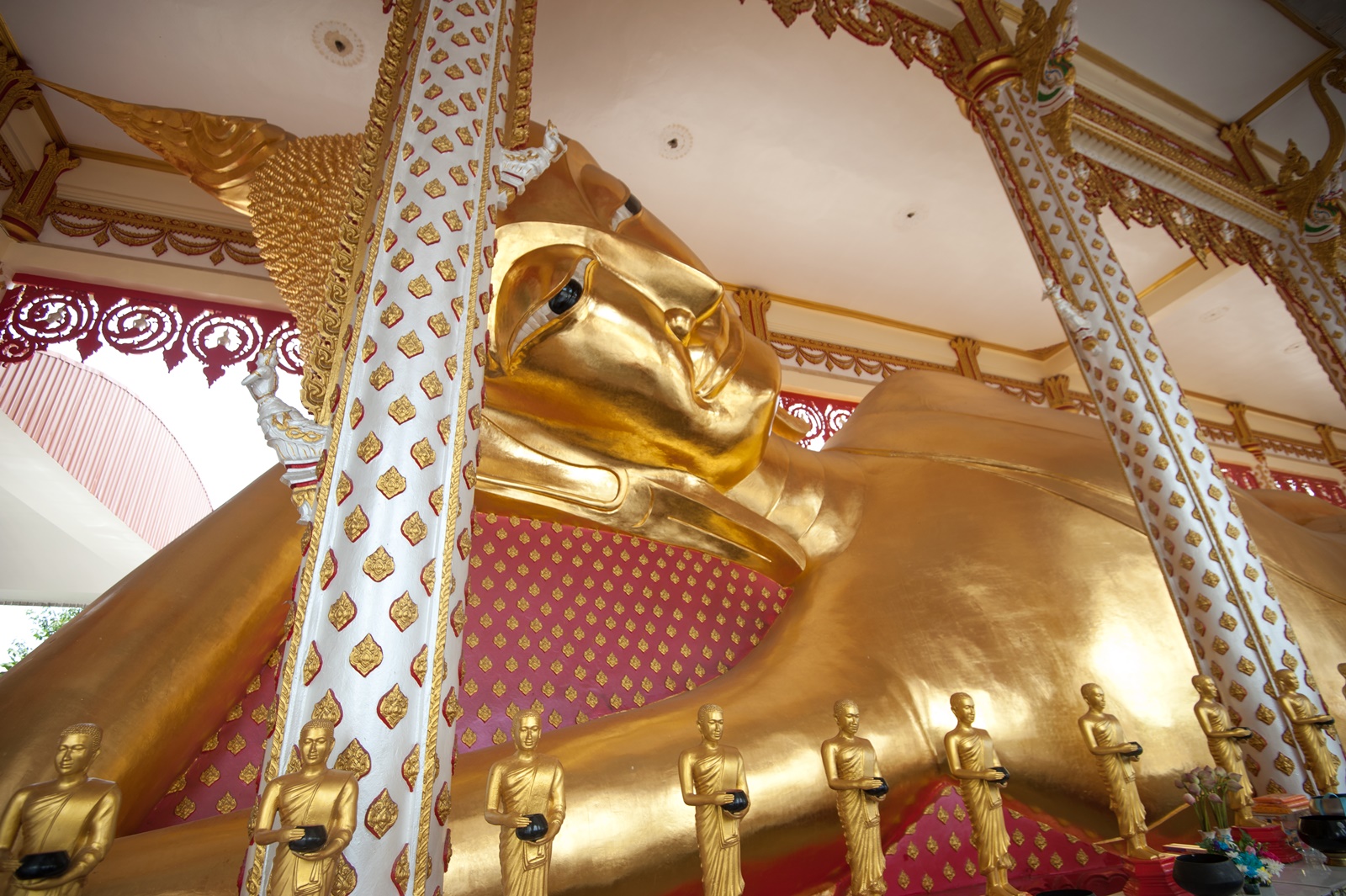 Wat Rat Pra Khong Tham is near a canal side where the atmosphere of Thai folk cultural waterside still remains in Sao Thong Hin sub-district, Bang Yai district, Nonthaburi province. This temple is one of the most popular Buddhist tourist attentions in Nonthaburi. It was built in about 1713. At first, people around there called it ‘Wat Khang Khao’. After that, in 1950, it was renamed ‘Wat Prakhong Tham’ and also received royal granting of land to the temple in 1962. Nowadays, the abbot of the temple is Phra Khru Kitti Wiriyaphon who also holds a position of a monk dean of Bang Yai district.The highlight of the temple is a huge reclining Buddha image that is 32 m long, which is the biggest reclining Buddha image in Nonthaburi that is a sacred item along with Wat Rat Prakhong Tham. In addition, there are also queer pediments from other temples because they are hermit, the Genesha and Rahu images, which are very exquisitely delicate on four sides.Many sculptures are placed in this temple such as the beautiful Luang Pho To Phrom Marangsi image in front of the chapel, which is extremely as beautiful as any other architectures in the country. Besides, there is Luang Pho Sam Pokong image that stayed with the temple for more than a hundred years. People visiting the temple also come to pay respect and request a blessing. After paying respect to all Buddha images in the temple, before leaving, one thing that you should not miss is request a blessing from hermit images inside the temple that is on the left of the ordinary hall. All hermit images give good wishes and happiness to people who ask for blessing from them. You can also look around Sam Nakhon pagoda built for those who want to pay homage.On the weekend, we advise you to spend your time to pay respect and make merits with your family here. Not only for your charisma, but also you will be able to see many beautiful ancient places inside the Wat Rat Prakhong Tham without travelling to other provinces. 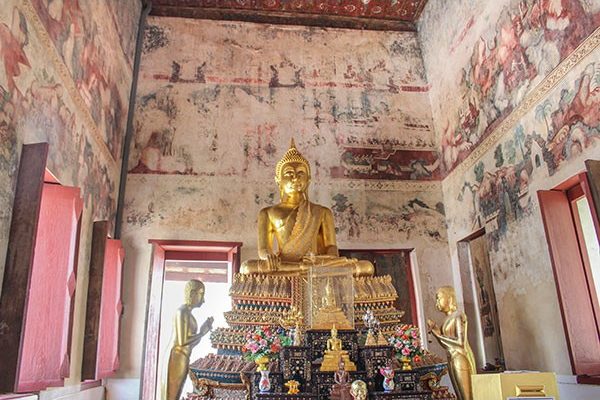 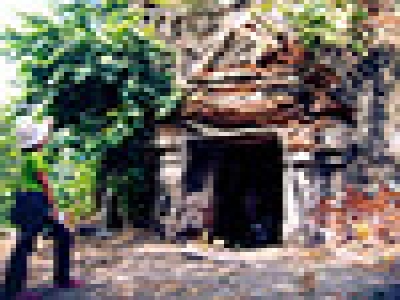