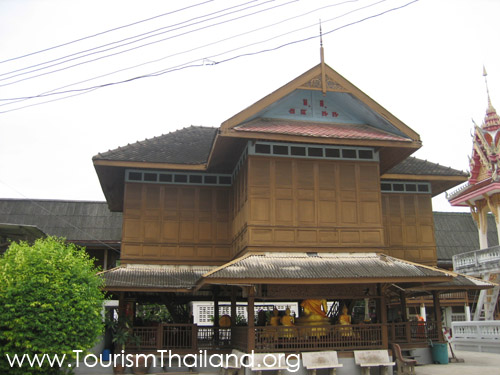 Wat Som Kliang (Bangyai) is situated at 35 Moo 2 Tambol Bang Mae Nang, Amphur Bangyai, Nontaburi. It was built in 1680 during the Ayudhya era. Inside the temple, there are many habitual residences of the monks such as ubosot, with the Thai style decorated with gable apex, door and windows in the funnel pattern. The ubosot was built in 1957 and is located not far from Viharn Luang Por Toe.Moreover, inside the temple, there are also 3 golden chedis which are the houses of 3 Buddha images; Chedi of Pra Atikarnradi, Chedi of Pra Upatchasong, and Chedi of Atikarn Poe. They are all the former abbots and stored their bones inside the temple. The sermon hall is a single hall built with wood in year 1948. The sermon tower is an old tower built in 1934. It is a 2-level house without gable painted in yellow brown. It was carved “1934” on the roof and decorated with boiserie similar to the shape of a tray which was presumed to be the part of Constitution Doctrine in year 1932, the biggest revolution era in Thailand. Outside the temple, there is also a harbour for the tourists to visit and relax along the river.How to travel there?For those who take the Kanchanapisek Road to Nontaburi can take the Chimplee junction or Kanchanapisek-Baromrachonnanee junction to Talingchan-Supanburi Road which takes around 10 minutes. The tourists will see the Wat Som Kliang in the soi and is not hard to notice since it is near the entrance of the soi. Since it is situated in the community area, in the morning the monks in this temple go to ask for alms from the villagers and sometimes it is called “Wat Somkliang Bangmaenang”. 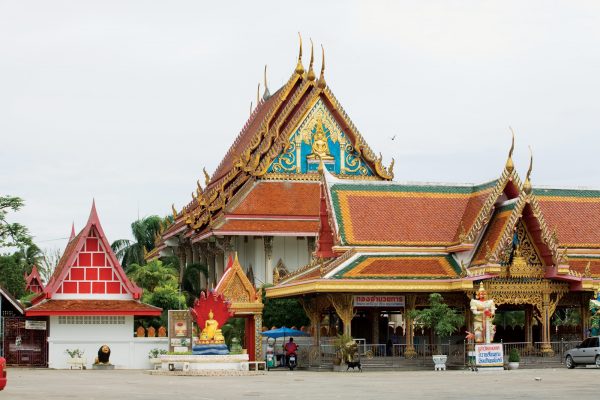 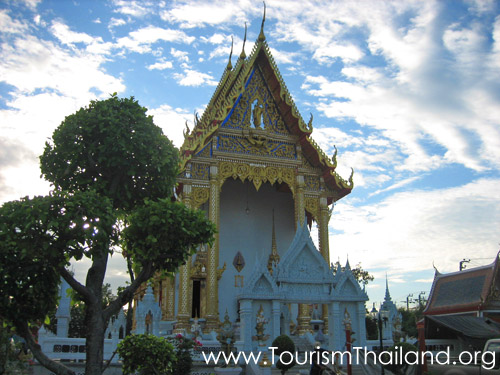