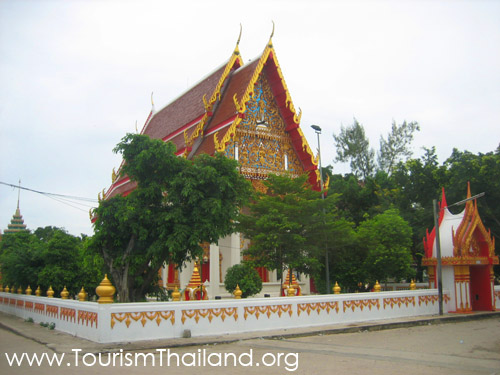 Wat Sri Prawat is situated on the bank of Klong Mahasawat, Tambol Plaitang. The foundation year of this temple is unclear. However, the legend said that this temple was once deserted during the reign of King Rama 4. There were many names for this temple such as Wat Klang Toong, Wat Chong Lom. Then, in the reign of King Rama 5, Prince Songkandarn used the Klong Mahasawat as the travel route to Nakornchaisri and found that Wat Chong Lom (former name) had a shady atmosphere. The prince took a rest here and felt faithful for this temple. After that, the prince restored the temple and built a big chedi to store his bones. In year 1860, the prince died. Then, Vajirananavarorasa completed the work of the prince and stored his bones inside the bell under the glass throne. After that this temple was offered the name “Wat Sri Prawatyaram” by King Rama 5.Inside the temple, there is a big bell-shaped chedi, Kuan Yin, Luang Por Opasi Statue, the instructor. Besides the chedi, there is also another antique Buddha image named Srisawat Mongkol, which is in the attitude of subduing Mara made from bronze. This Buddha image was built in the Ayudhaya Era, Krom Luang Prom Waranurak invited this Buddha image from a deserted temple in Ayudhaya. He invited this Buddha image as the principle Buddha image of Wat Sri Prawat. It is the sacred Buddha image of the city from then till now.The tourists who visit this temple will get a chance to see the way of living on the river bank and taste the delicious original noodle on the boat. At the sala, there is also fish food for tourists who would like to feed the fish. 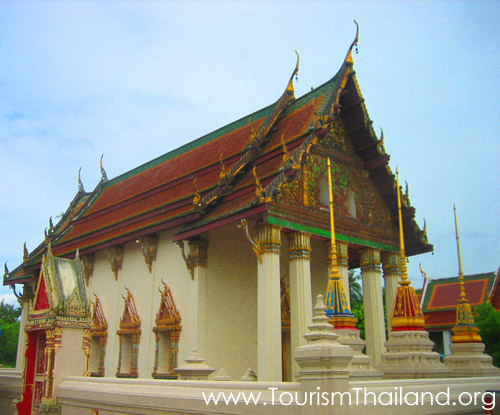 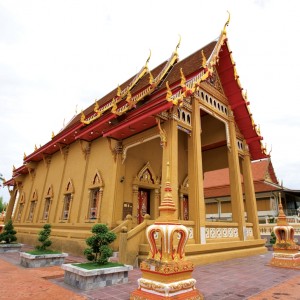