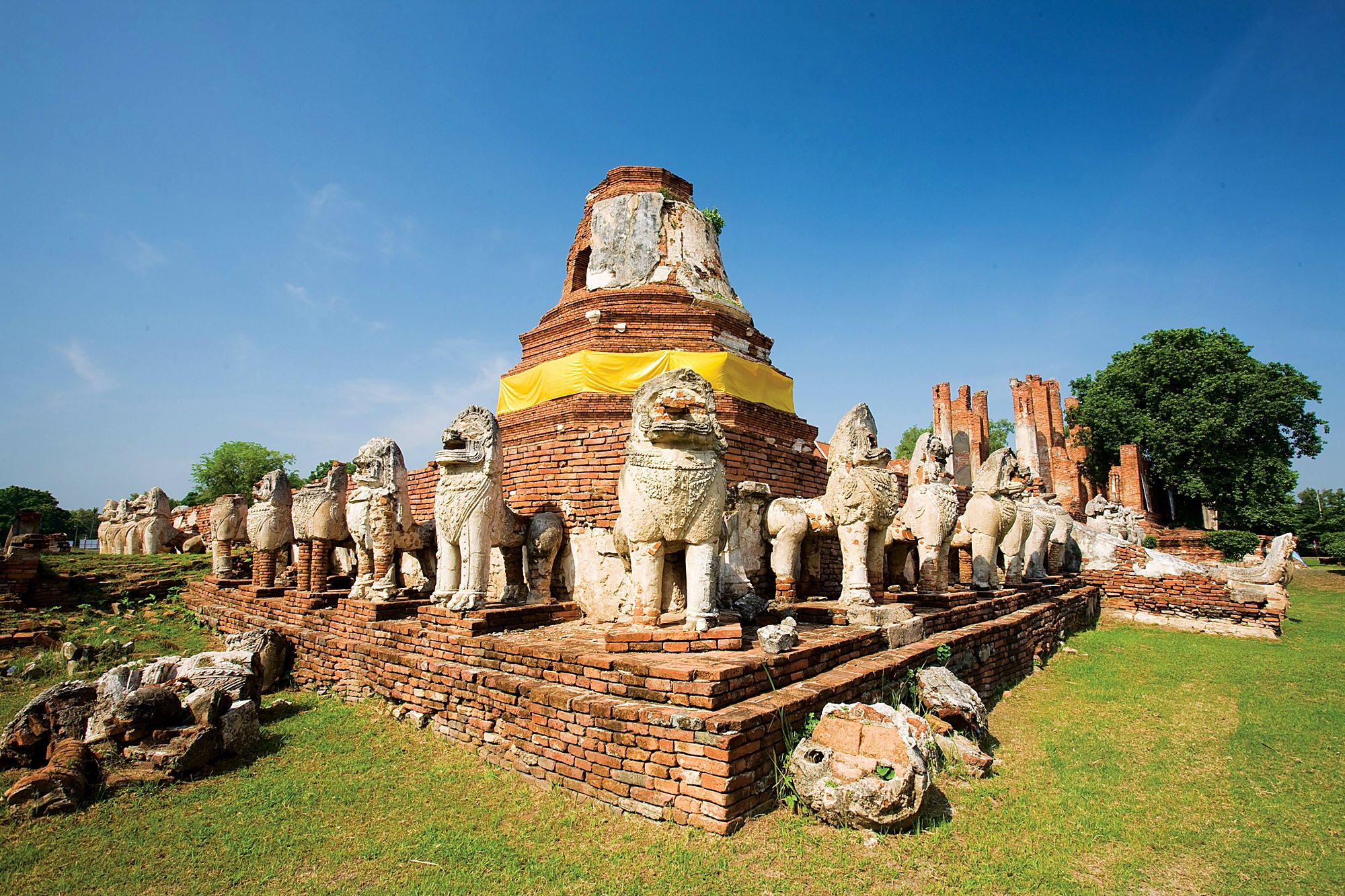 Wat Dhammikaraj is located on the east of the ancient palace. Being built before the foundation of Ayutthaya, the royal temple of the Maha Nikai demonization was initially named Wat Mukaraj. When King Sai Nam Phueng had Wat Phanan Choeng built, his son, King Dhammikaraj, ordered the temple to be built in the old city area, which was formerly known as Mueng Sangklaburi before the time of Ayutthaya. The temple had been well maintained since then. In 1610, Somdet Phra Boromma Trailokkanat restored the place and had a large nine-room vihan, the ‘Harn Song Dhamma’, built for listening to sermon on Buddhist Sabbaths. The vihan once housed a bronze head of Buddha dating back to U-Thong period. The head was brought away by the Fine Arts Department and is now kept at Chao Sam Phraya Museum. In addition, there is a vihan of the reclining Buddha image, which was ordered to be built by the Queen following the fulfilled wish for the princess’s recovery from illness. The reclining Buddha is 12 metre long, facing north. The toes are covered with gold leaf and pieces of mirror. The vihan is situated on the north side of the main chedi. The chedi has a bell shape and features an octagonal base encircled by 52 singha statues made from mortar, which is different from other chedi bases commonly encircled by elephant statues. The ubosot of the temple contains a purely white image of Buddha in subduing Mara position. The Buddha image is assumed to have been built in the early Rattanakosin period. How to get there Wat Dhammikaraj is located in front of the ancient palace on U-Thong Road. To get there, tourists can use the same direction as that of Wat Phra Mongkhon Bophit and Wat Phra Si Sanphet. The temple is recommended for those who are interested in pre-Ayutthaya art for its . There are also horse carriages available in front of the temple. Wat Dhammikaraj is open daily from 8.30 am-4.30 pm. 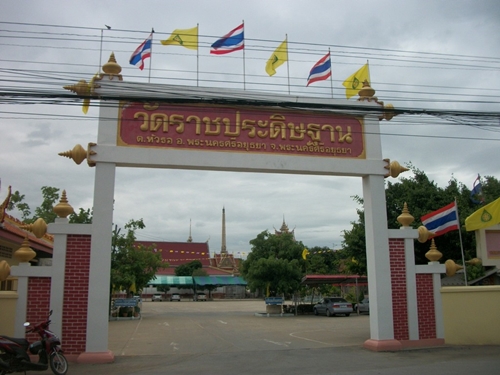 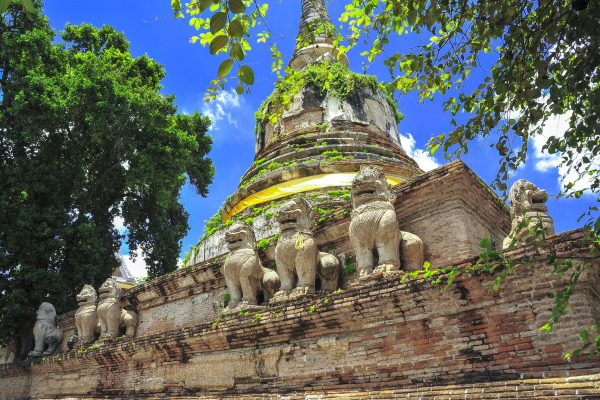