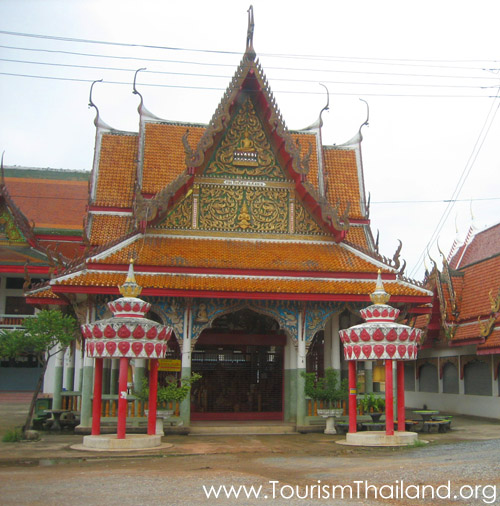 It is situated at 8 Moo 4, Ban Mai sub-district constructed in 1781. However, it becomes in its prime in 1947. In Ban Mai sub-district, there is only one temple. Therefore, most Buddhists near this area come and make merits at this temple. The principle Buddha image is Somdej Viharn presumably built during Ayutthaya period; it is a sacred Buddha image which local people often pay respect to. In addition, there are 3 important former senior monks statue. Mr. Soradet Klangtong, the museum curator mentioned about the idea to starting this place of the former minister of Ban Mai’s District Administration Organization who currently is a member of Nonthaburi Council called Wasu Panngan. He said, “Wasu had brought in some of the items currently displayed in here and some are from people agree with the museum’s idea. One time, a local guy brought a jar in; there are also other things like old pictures from local people. Most of the contents come from books from the National Library of Thailand such as biography and works of Suntornpoo. We took out his poems and displayed them.” This museum is taken care by 3 organizations: Bang Yai and Ban Mai District Administration Organization and Bang Yai city Municipal. As for the maintenance fees, it comes from noodle business which is another main highlight when visiting Wat Ton Chueak. The restaurant is called Wat Ton Chueak’s Pin To Noodle and is located at Wat Ton Chueak’s port near Wat Ton Chueak Museum. What is interesting about this noodle is the noodle will be put in vine tiffin not in bowls like other common places originating from the idea that tiffin is the symbol of the period, Thai culture and good relationship among communities. The place features pork noodles, Namtok, Tom Yum and many kinds of noodles. Besides interesting menus, the taste is superb because the recipe is taught from generation to generation. Also, the chilies and ground peanuts are homemade creating even more delicious spicy taste and tempting smell. The noodle is open only on Saturdays, Sundays and public holidays from 10am to 4pm or as long as there is enough ingredients. The atmosphere is nice as visitors will be seated at wood pavilion near the canal representing Thai people’s lifestyle. For more information, please contact 089-457-0319. 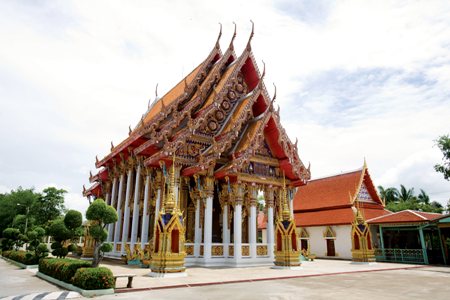 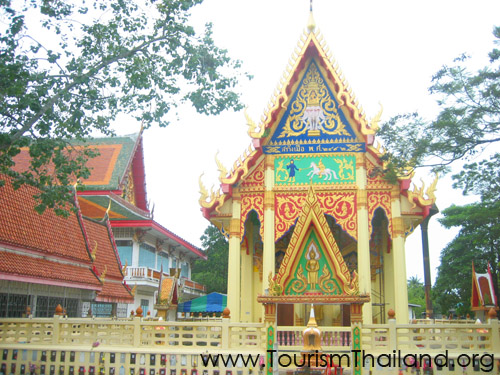