Jao Mae Soi Dork Mark Shrine is at the end of Wat Panan Choeng Worawiharn’s waterside, tum bon Klong Suan Ploo. The shrine is well-known among Chinese in the name of Ania Goddess Shrine. It is one of old places in Phra Nakhon Sri Ayutthaya Province and the evidence of Soi Dork Mark the Princess of China’s legend.The story of Jao Mae Soi Dork Mark has been being told very long ago amongst Ayutthaya local people. According to the legend, the Chinese King gave his daughter, Soi Dork Mark Princess, to Phra Jao Sai Nam Pheung of Siam. His Majesty the King sent the princess by the beautifully decorated junk to Krung Sri Ayutthaya. After the ship landed, it appeared that Phra Jao Sai Nam Pheung did not send anyone to welcome her, so she was disappointed but he teased her saying “if you don’t want to get out the ship, stay there” then the princess held her breath to dead. Phra Jao Sai Nam Pheung was in mourning and ordered workers to build a shrine as a remembrance of his beloved Soi Dork Mark.Local people believe that the legend may be the origin of “Wat Panan Choeng” which is derived from Pra Nang Long Choeng.Nowadays, the shrine is renovated by bricks and cement, looks like a Chinese shack beautifully decorated with molded lime patterns. Inside there are altars of Soi Dork Mark Princess and Guan Yu and an old anchor that believed to belong to Soi Dork Mark Princess’ ship.People believe that Jao Mae Soi Dork Mark can bless the ones who worship her to be happy and successful especially in love, marriage life and for children. If the wishes are fulfilled, you have to give her silk cloth, pearl, model junks or lion dancing.Jao Mae Soi Dork Mark Shrine is outside Kampang Kaew, Wat Phanan Choeng, moo 2, tum bon Klong Suan Ploo, am phoe Phra Nakhon Sri Ayutthaya. For more information contact Wat Phana Choeng or Tourism Authority of Thailand (Phra Nakhon Sri Ayutthaya Office) at 03-524-6076-7. 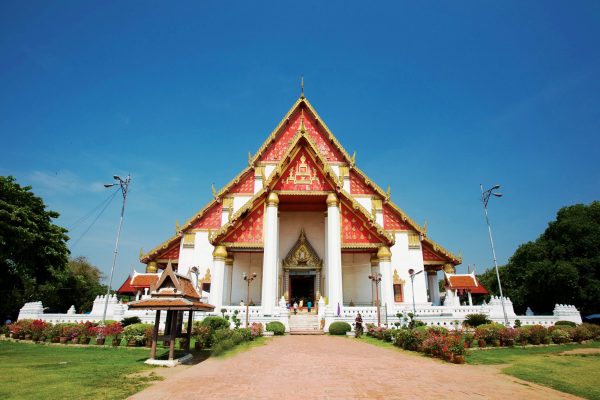 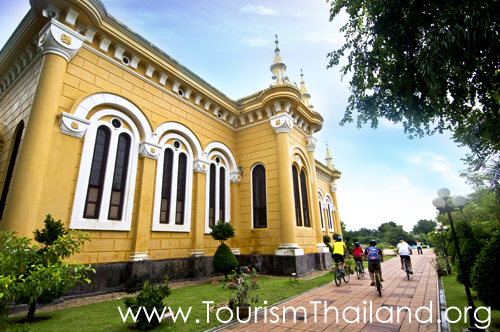