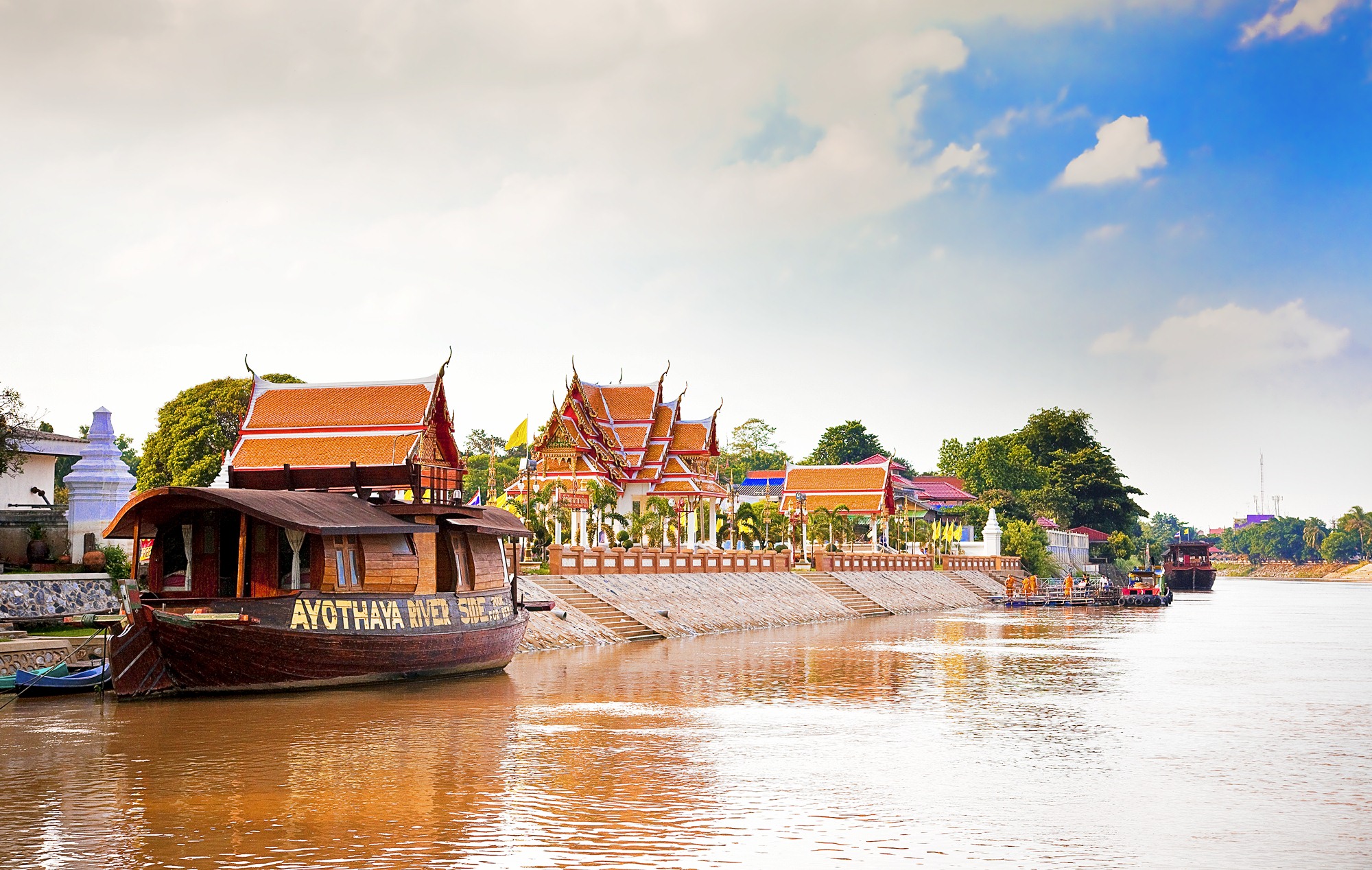 Located outside the city Island, opposite Chedi Phra Si Suriyothai, on the bank of the Chao Phraya River is another interesting Temple worth visiting. Formerly known as Kasattra or Kasattraram, the ancient temple is of the Ayutthaya period with a main Prang (stupa) at its centre.

Wat Kasattrathirat Worawiharn is located at highway number 3469, tum bon Baan Pom, am phoe Phra Nakhon Si Ayutthaya, Phra Nakhon Si Ayutthaya Province, outside Koh Muang, opposite to Chedi Phra Si Suriyotai, at Chao Phraya Riverside.This Temple was named “Wat Kasastra” or “Wat Kasastraram” in the first place. It was a royal temple in Ayutthaya Period but no evidence of its building found. Only appeared in royal annals that in the reign of King Phra Thi Nang Suriya in 1760 before the second loss of Ayutthaya, the Burmese set up their military camp here to fire cannons to the capital. In 1767, Ayutthaya was sacked and the temple burned almost to ashes and deserted since then. Its renovations were held 2 times: 1806 in Rattanakosin Period and in the reign of Phra Chunla Chom Klao Chao Yu Hua, His Majesty the King also gave it new name: Wat Wat Kasattrathirat Worawiharn.Interesting things in the temple are many. The first thing is a group of 4 wiharns: 2 big 2 small. The big ones are in front of the ubosot. Its front is a mondop-topped arch, tympanum a craving of Narayana on Garuda surrounded with Kanok patterns. Inside lie Buddha images in Tawai Netr and Pratan Apai postures; the other big wiharn a craving of Brahm Alumpayana catching Puritat Garuda, inside Buddha images in Samathi posture and the Maitreya.The ubosot’s walls have clearstories in the shape of vertical bars. Its corbels are wood carving engraved the King of Nagas under both sides of eaves, heads of the pillars Bua Wang, the roof tiled with ancient Gaboo, tympanum engraved intertwined sprays. Its front decorated with house of Busabok Banshorn and its back Muk Dej placing Buddha image in Palilai posture. Inside the ubosot lies the main Buddha image, Phrabuddha Kasattrathirat, a Mara Vichaya Buddha image. Its walls painted with Rattanakosin art. Around the ubosot there are twin Bai Sema made of slate place on mold lotus base.Besides, there is the main Prang tower behind ubosot and surrounded by squared-based stupa with indented cornered Chedi Rai which are Ayutthata Period’s style.For travelling guide, you can take the same way to Suan Somdet Phra Srinagarindra Intersection and turn left, drive over Wat Kasattrathirat Worawiharn Bridge. Then turn right not so far, the temple will be in sight. 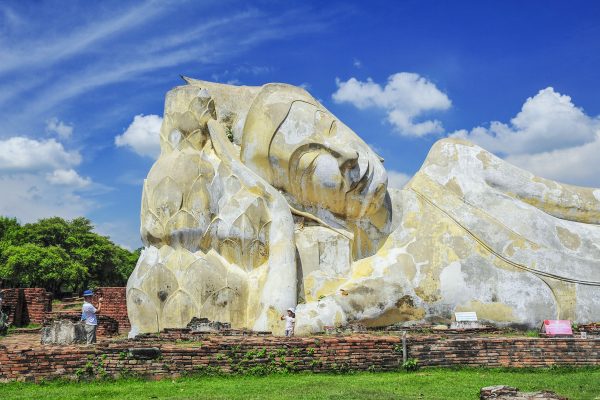 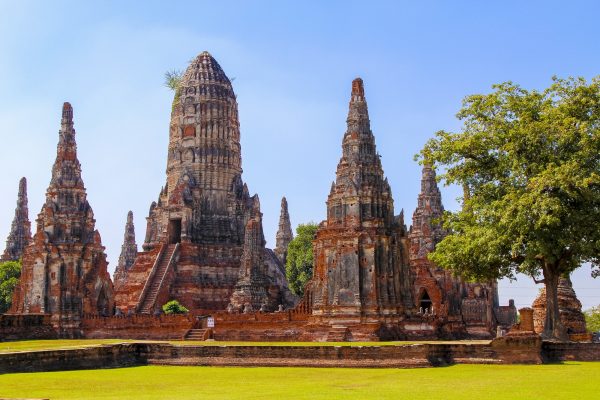