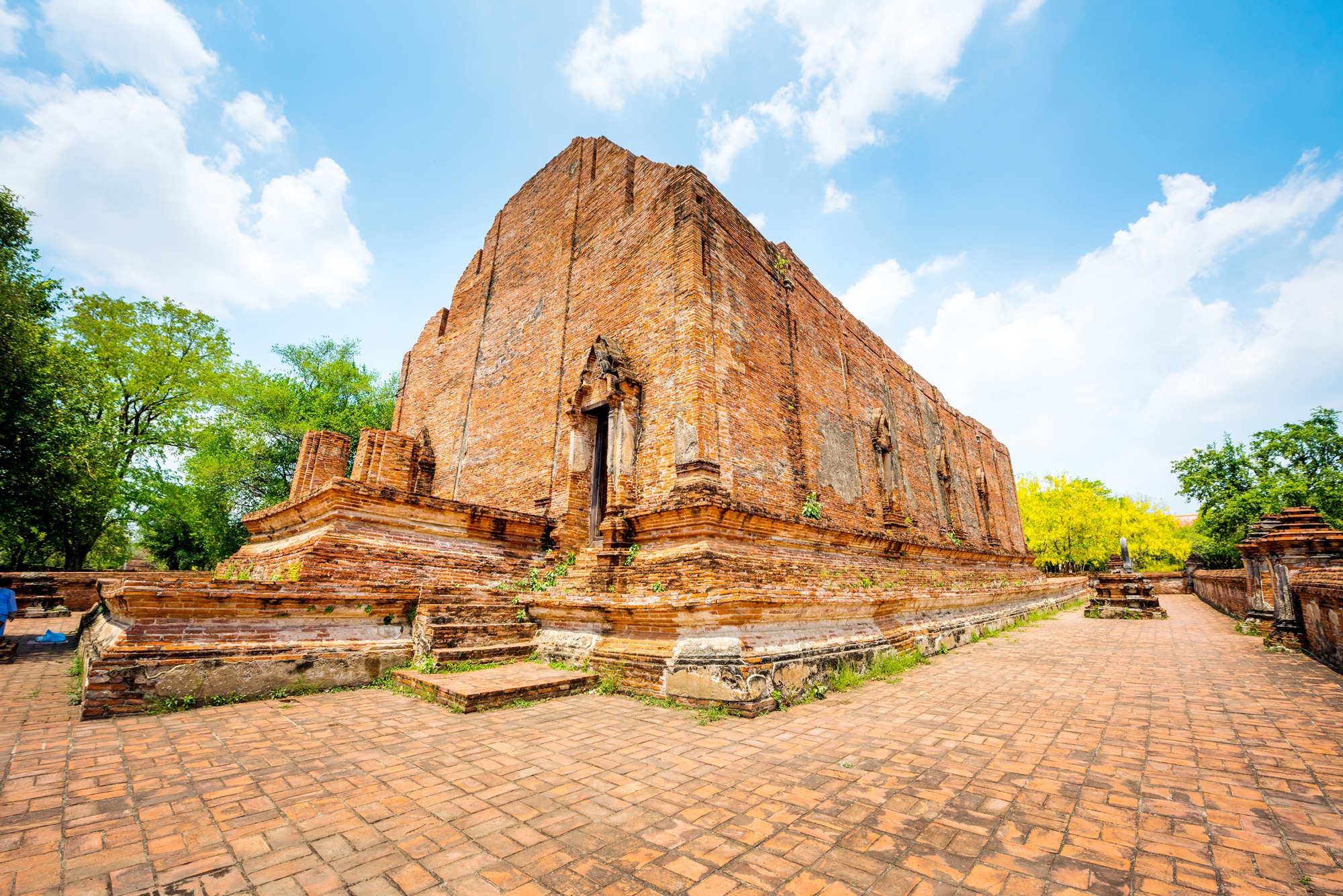 Linguistically speaking, Meheyong is derived from the Pali word Mahiyahgana which means mountains or hills. The name reflects the temple’s general topography: hilly monastic area. The most prominent feature of the temple that can be seen from afar is the red-brick walls of the ordination hall.Wat Maheyong was appointed a royal monastery, but sadly it was abandoned due to the collapse of Ayutthaya in 1767. Yet its remarkable origin indicated the spiritual development of each individual involving with the construction and restoration for several hundred of years.In addition to the wall of the ordination hall, Wat Maheyong has a lot more wonders. The current location of the temple is Dhamma Chaksu Ground which was formerly called Khok Bodhi. It was a rectangular-shaped mound or a heaped pile of earth measuring 58 meters by 50 meters. It is believed that this area might be the royal pavilion of Phrachao Tabeng-Shweti, ruler of Hongsawadee. Wat Maheyong underwent a major restoration in the reign of Somdet Phrachao Yuhua Thai Sa. In this occasion the king also had small pagodas and other structures, judging from several small heaped piles of earth and tile fragments. There were 2 Ceylonese pagodas located east of the assembly hall. Each pagoda stands on a square-shaped foundation with sides of 10 meters. The octagonal base has a diameter of 8 meters to suit the size of the bell-shaped dome. The rings entwining around the pagoda were 5 layers of wire, and the cylinder was quadrilateral. However, the topmost structure left was the spire because the minaret has broken. Inside the ordination hall, there were 2 large pedestals of dilapidated sandstone Buddha images. This ordination hall was surrounded by 2 rows of cloisters with indented corners, and each corner was decorated by a small Ceylonese pagoda and a green leaf-like boundary stone.At present, the Fine Arts Department has declared Wat Maheyong as a national historical site. The temple also provides spiritually related activities in which Buddhists can participate, such as Nekkhamma Pavana on religious events, the 9-day meditation workshop which takes place monthly, the practice of 8 basic precepts on every observance day, Dhamma teaching program for public and private sectors, as well as bhikkhu(monk) and novice ordination. 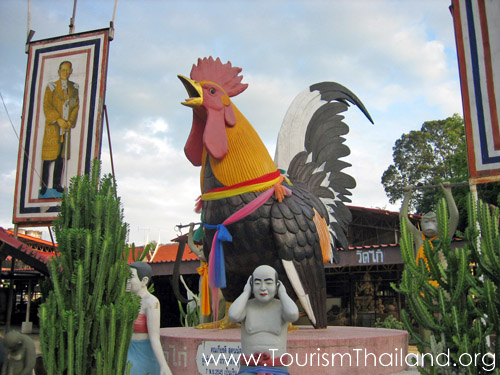 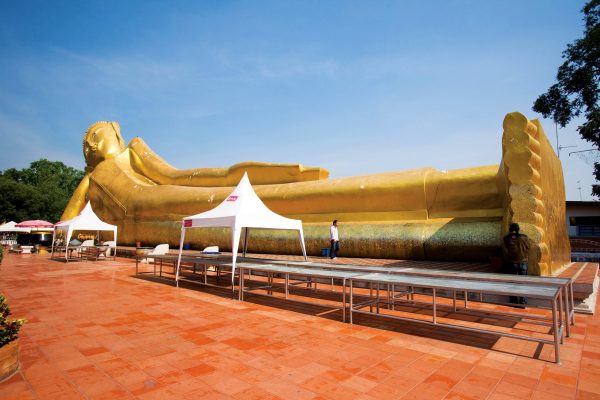