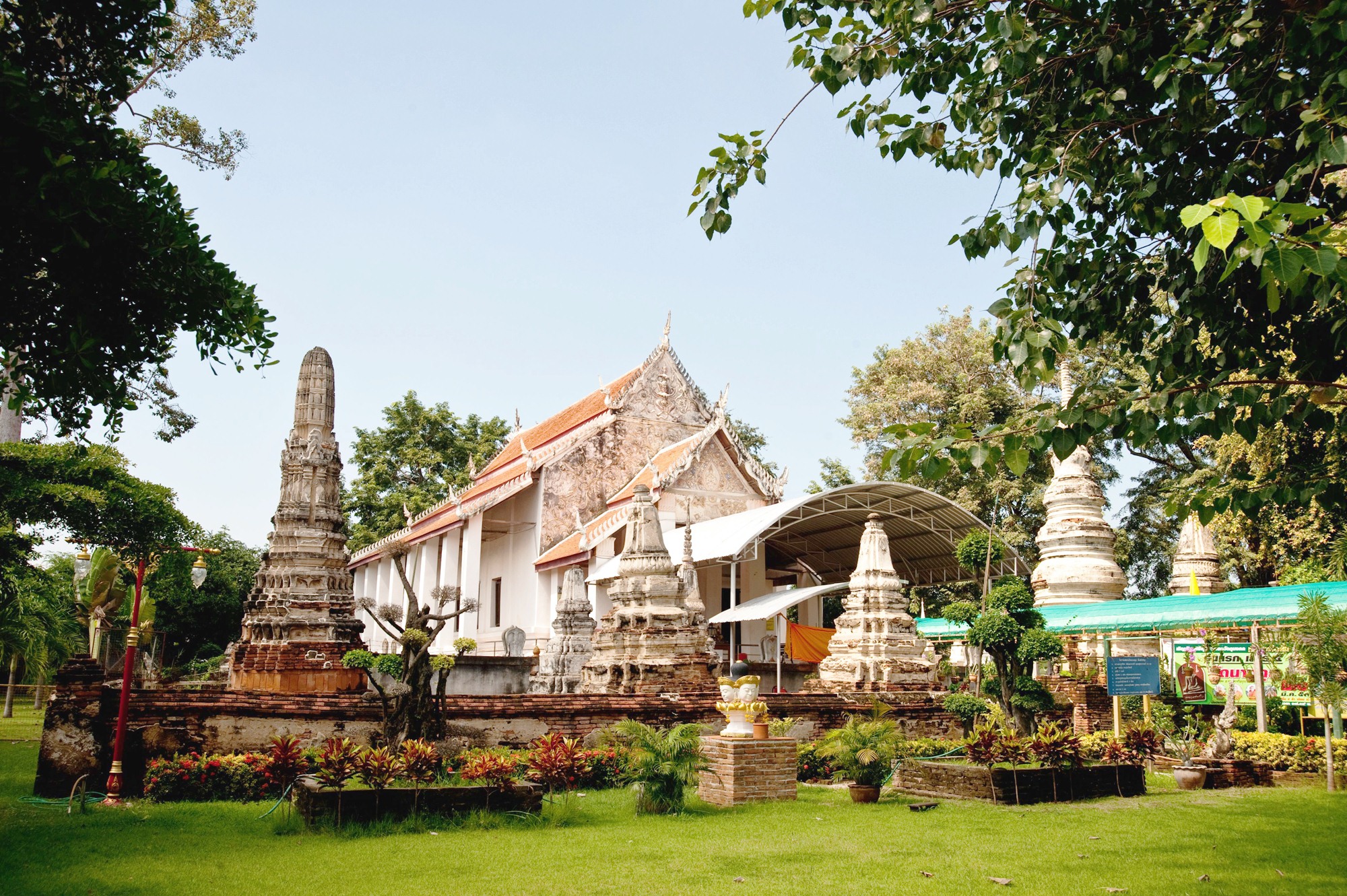 Wat Nang Kui is located on 30 Moo 5, Tambon Sampaolom. It is a temple situated off the city island in the southern area along the Chao Phraya River. The monastery is over 400 years old, built during Ayutthaya period. The construction was supported by a wealthy women called Lady Kui. In the past, this temple was very prosperous but after the second fall of Ayutthaya, the monastery was abandoned until it was finally restored during the reign Rama III for many parts such as the temple, a tympanum, and two boundary markers. The chedi and stupa were also announced as ancient remains on 18th March 1941.In the temple, there is a sandstone Buddha image, an artwork from Dvaravati, and Luang Por Yim statue, the old smiling Buddha. According to hearsay, Luang Por Yim was flowing on Chaophraya river and stuck in front of the temple. The abbot, therefore, installed Luang Por Yim in the temple. Moreover, there is also the Vihara of Mae Takian Thong is an old Takian tree and stood on the premises of the temple since its establishment for over 400 years. The tree had died off in 1997 but it was sculpted into Mae Takian Thong wooden image and placed on the top of the old stump so that people could worship.Wat Nang Kui is one of the most interesting ancient remains in Ayutthaya province. It has also been the place for Buddhists until now. Believers always stop by to pay homage to the sacred items. If any tourist wants to feel the real Ayutthaya cultures, Wat Nang Kui is one of the place that could not be missed. For more information, tel. 089-105-3441, 089-141-0509 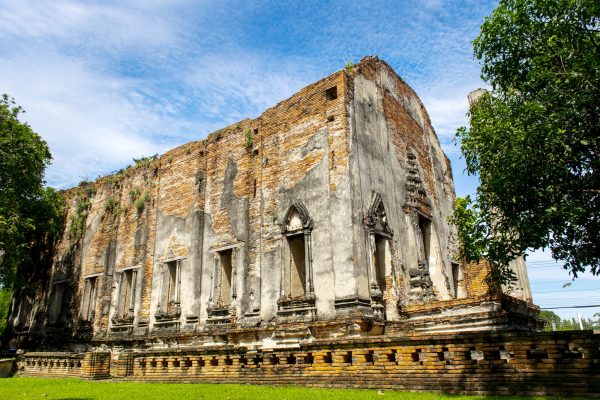 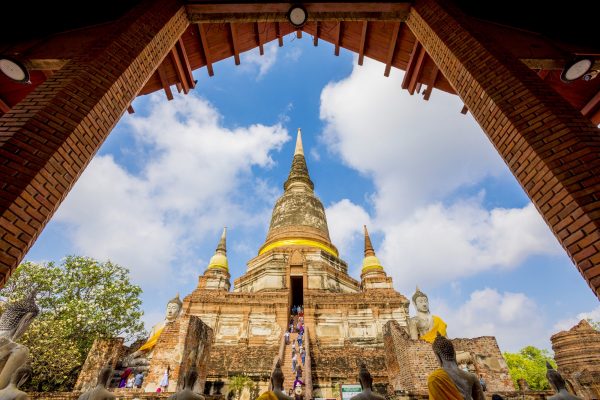