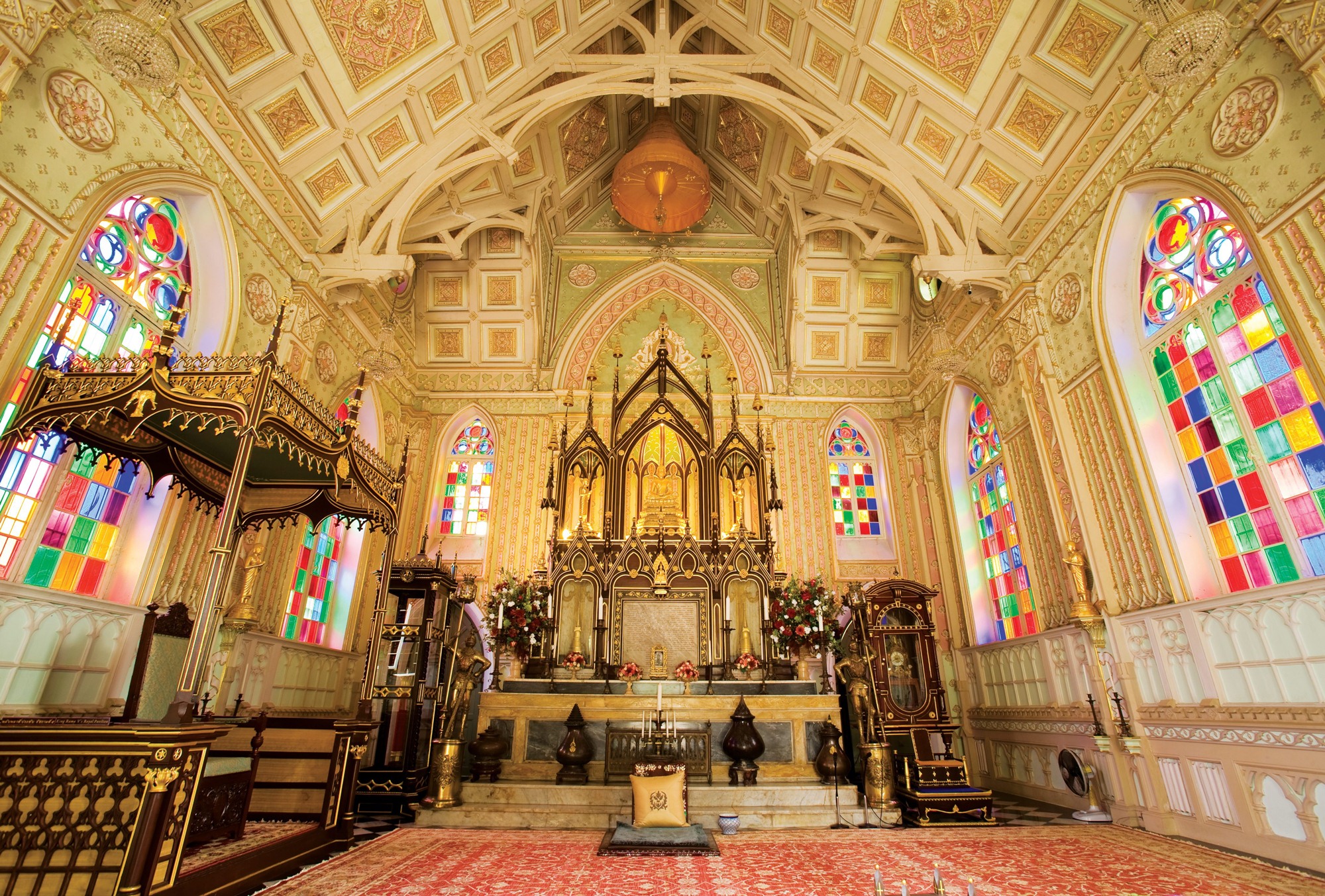 This Temple, which was built Rama V (Chulalongkorn), looks more like a Gothic Christian church than a Thai temple. Visitors can access the temple by crossing the River in a small trolley-like cable car. The crossing is free of charge. There are several nice Boat trips departing from Bangkok to Bang Pa-In Palace, especially through cruise tours. The Palace is open from 9 a.m. to 3 p.m. daily with an admission fee of 50 bahts. Tel: 035 261004 or 035 2243273 for more details.

Wat Niwet Thamprawat is considered the one and only European architectural style Temple in Thailand. It is located on an island in Chao Phraya River, on the bank opposite Bang Pa-In Palace.In 1876, King Rama V had this temple built in order to perform religious practices during his stay at Bang Pa-In Palace. The intriguing characteristic of this monastery is that it was decorated in Western style. The ordination hall (ubosot) resembles a Christian cathedral with steeply sloped Gothic roofs. The window by the main Buddha image was beautified with colorful stained glass portraying the image of King Rama V. The main Buddha image known as “Phra Buddha Narumol Dhammopas” sits on the plaster base similar to the Cross. On the right of the ordination hall is a shrine where Phra Khanthararat in the posture of requesting rain is kept. Opposite the shrine of Phra Khanthararat, there is another shrine that houses a seated stone Buddha image on a coiled Naga. It is an ancient Buddha image which ages more than a thousand years and was built during the Lopburi period by a Khmer Craftsman. The Buddha image is adjacent to Phra Sri Maha Bodhi tree whose branches shade the area in front of the ordination hall. There is also a stone garden called “Diskul Anusorn” with a large array of stone collection, such as limestone, sandstone, and conglomerate. It also contains the relics of Prince (Somdet Kromphraya) Damrong Rajanubhab and his mother Chao Chom Manda Chum, King Rama IV’s favorite concubine, as well as other royal-blooded members of Diskul family.Visitors can access the temple by the cable car crossing from the river bank where Bang Pa-in palace is. Each cable car can accommodate 6-8 people. Cost: free but donations welcome. This is one of the must-visit religious attractions in Ayutthaya, as it is the one and only Western architectural temple in the country. 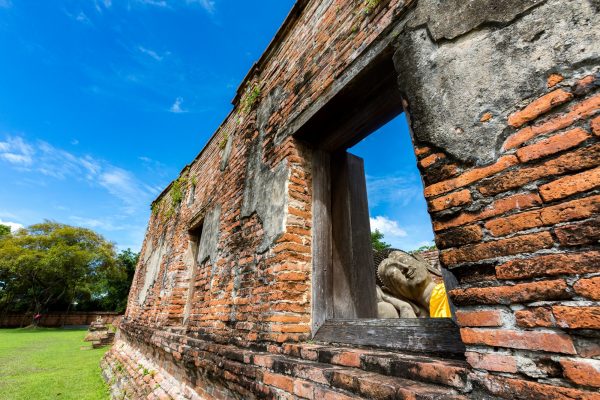 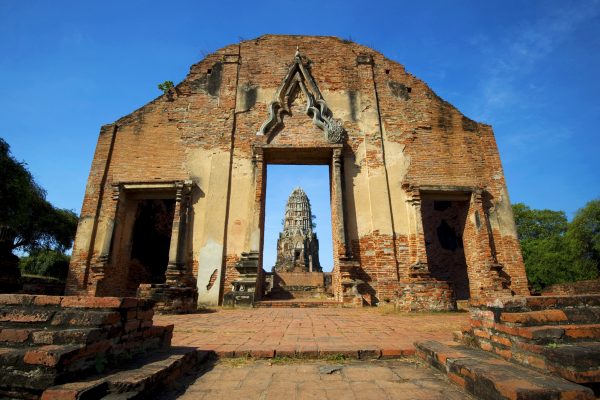