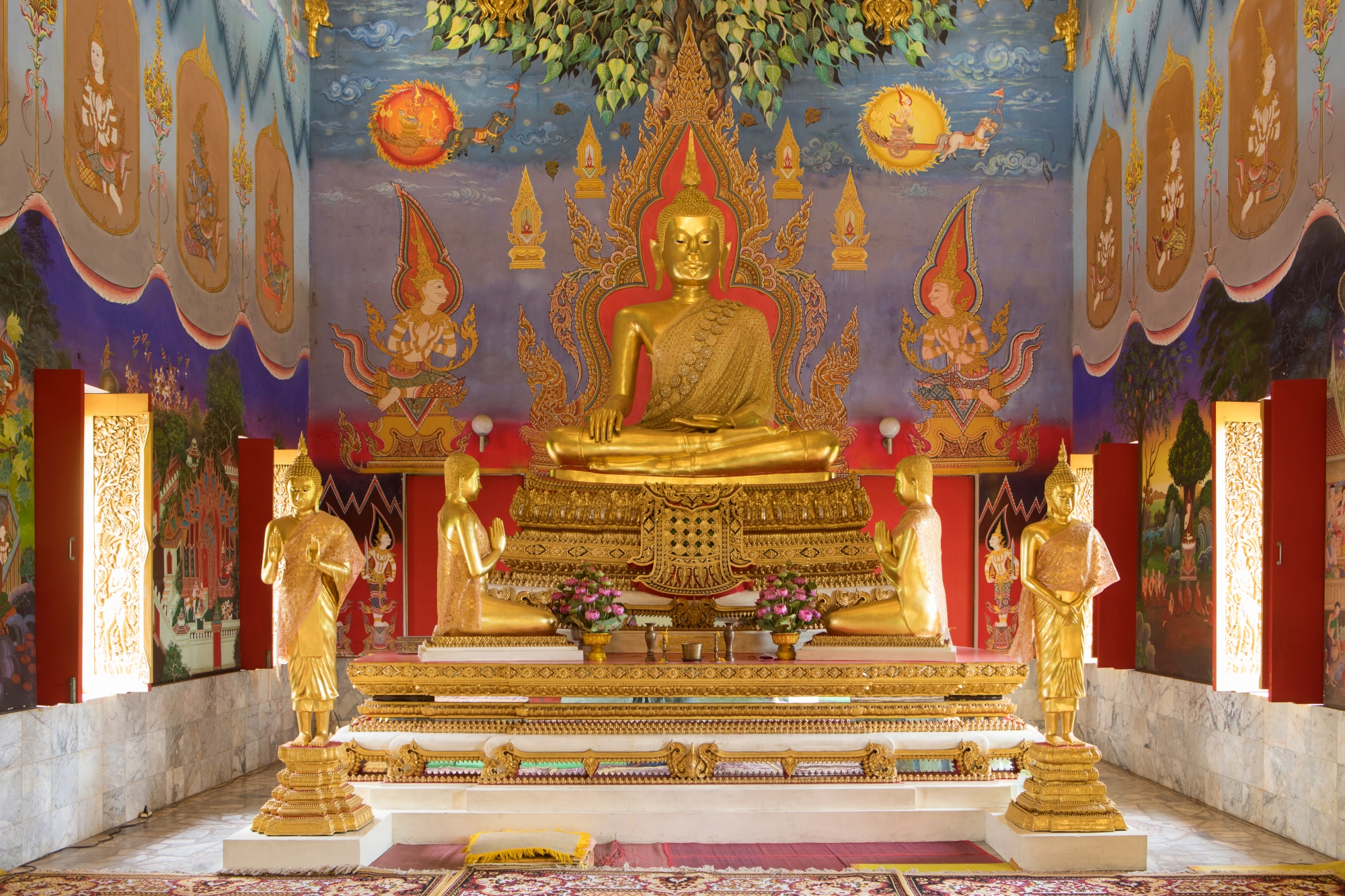 The Temple was built in1857, late King Rama IV period. The reason it was given the name as Chai Mongkhon because it is the victory point of Boat racing while Wat Sanam Chai is the starting point of the race. Inside the temple have modern murals.

Wat Chai Mongkhon was built around 1857 during the late reign of King Rama IV. The Temple’s name relates to its location as the finishing point for a Boat competition. The starting point is at Wat Sanam Chai, which is some distance beyond Wat Chai Mongkhon. Inside the Ubosot or ordination hall are mural paintings mixed with modern arts; such as, light and shadow, reflexive colours, realistic drawing, value of light and dark colours, etc. In addition, there is a change in the position of pictures, like on the wall above the windows is only one line of the picture of the angels’ gathering, or on the wall opposite the principal Buddha image is the drawing of Lord Buddha being seated on the throne instead of subduing Mara. 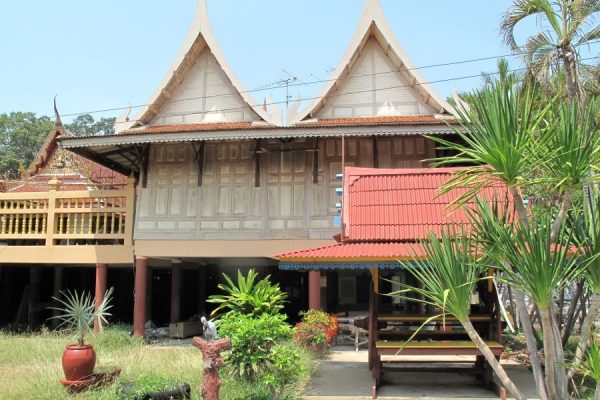