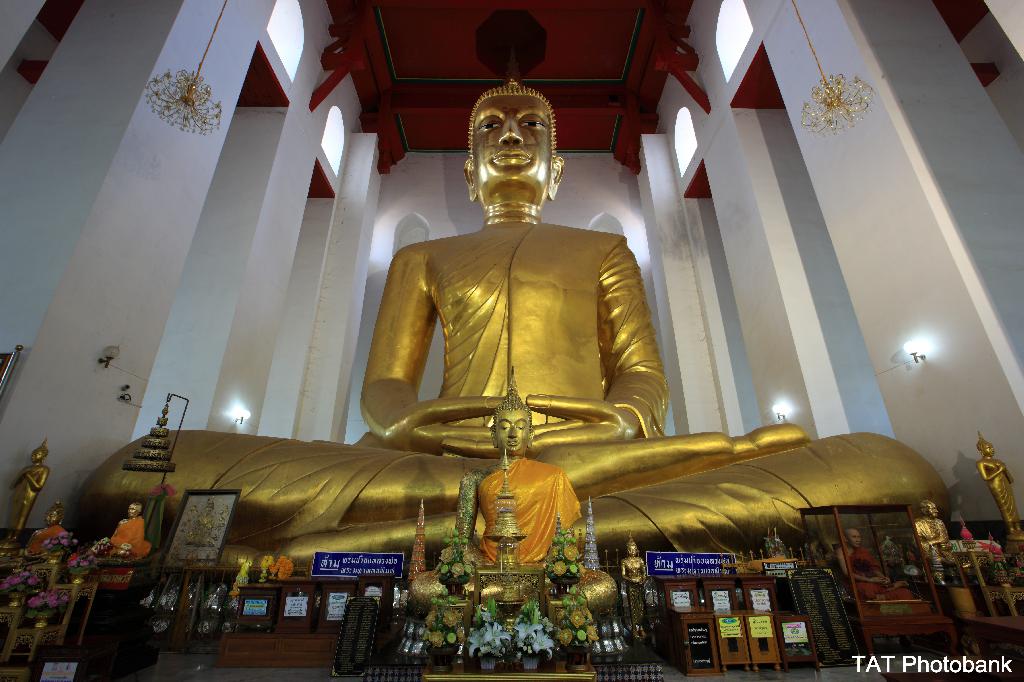 Wat Chaiyo Worawihan is a second ranked royal monastery, classified as worawihan, under the clergy of Maha-Nikaya, located to the east of Chao-Praya River. Number 21 Mu 3 Sub-District Chaiyo, District of Chaiyo in Ang Thong province. It was established in 1757 and was granted land from the King in 1890 where, later on, the temple was founded a royal monastery, 1887. Wat Chaiyo Worawihan or known as Wat Ket Chaiyo (known to be Wat Ket Chaiyo by the locals) originally a Rattanakosin constructed during the Ayutthaya period with anonymous creators. The temple became popular when Somdet Phra Phutthachan (To Phrom-rungsi) of Wat Kositaram arrived and built an exceptionally large Buddha image during the reign of King Rama IV of Krung Ratanakosin, around 1857-1862, which was when Somdet Phra Phutthachan still remains a Buddhist monk at the rank of Phra Thep Kawi. Phra Maha Phutthaphim or Luang Po To of Wat Chaiyo is a scared Buddha image, especially to those living in Ang Thong and other provinces nearby. Buddhists are very faithful in this particular sanctified figure. Phra Maha Phutthapim is placed within the chapel of Wat Chaiyo Worawihan, it represents a Buddha-nature style of the Rattanakosin being Pang Kutsamart (seated crossed-legged) with a width of 16 meters and 7 inches. The Buddha image is bricked and gilded. For the fact that the sacred statue is built under the patronage of Somdej Phra Phutthachan (To Phrom-rungsi) ) of Wat-Kositaram, the high holiness of Luang Po To is apparent among people in Ang Thong, it is said that, those who have committed severe sin(s) aren’t able to pay their respects or even approach the Buddha image, for to sinners, it seems like Luang Po To is about to fall on them. 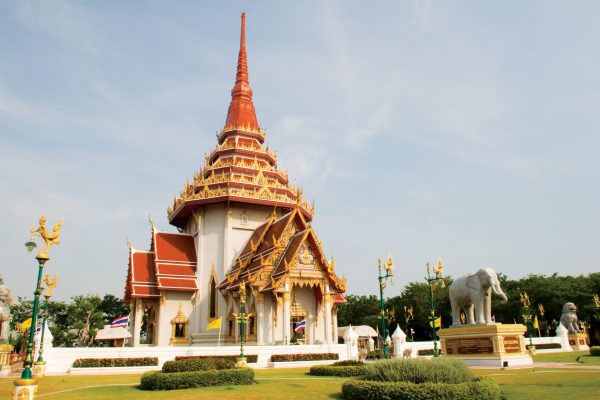 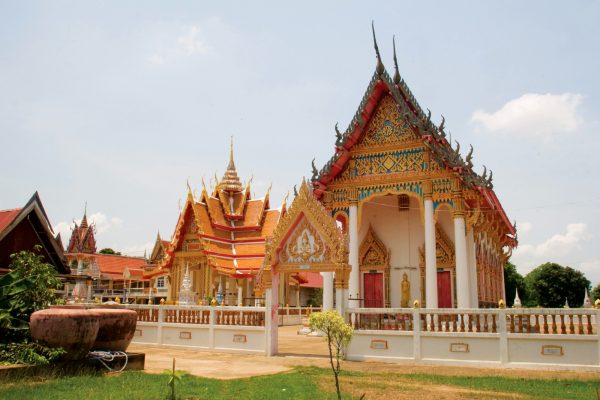