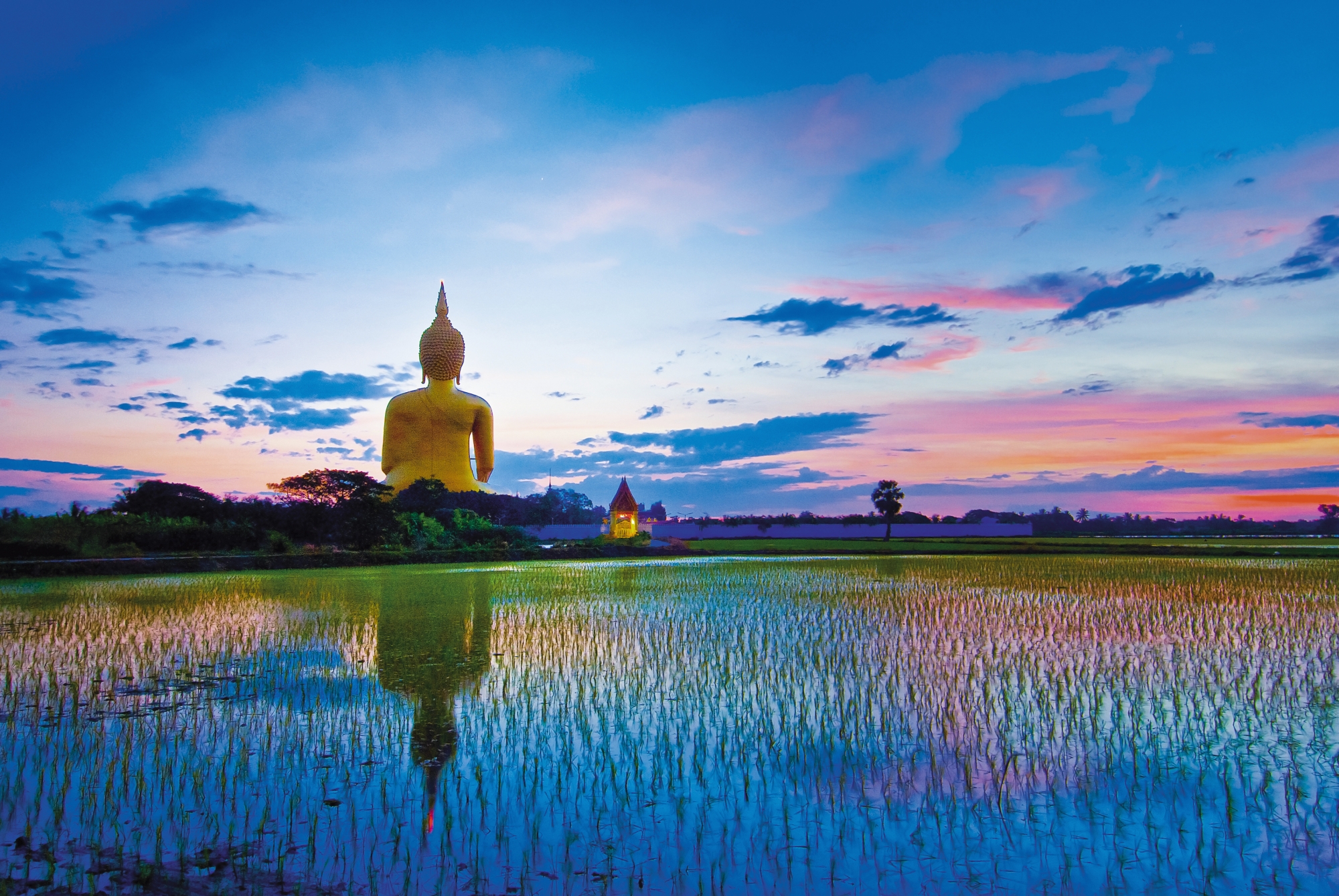 This temple has several must-see highlights. The Ubosot(ordination hall) is surrounded by the largest lotus petals in the world. The ground floor of one of its image halls, Wihan Kaeo, is home to a museum (open on weekends from 9.00 am-5.00 pm), with sacred objects, antiques and figures of nationally venerated monks on display. The upper floor of the museum houses the first and largest silver holy Buddha image of the country, which was created in commemoration of the 50th anniversary of His Majesty the King’s accession to the throne. Within the temple compound, there are depictions of heaven and hell, a Thai deity paradise, a Chinese deity paradise, and a huge statue of KuanIm, a Chinese female goddess. In addition, there are figures narrating the history of the Thai-Burmese battle in Wiset Chai Chan. At the back of the temple, there is a fish preserve, where Ang Thong signature treats and souvenirs are for sale. Wat Muang is located at Mu 6, Tambon Hua Taphan, approximately 8 kilometers from downtown. To get there, from Ang Thong-Wiset Chai Chan route (Highway No. 3195) turn at Km 29 for 1 kilometer; the temple will be on the left side of the road. For more information, please contact 0 3553 5789. 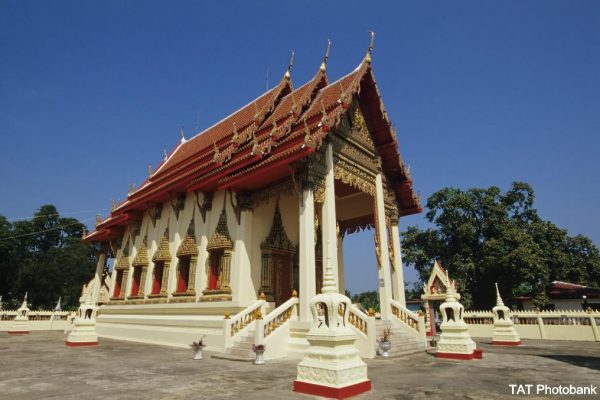 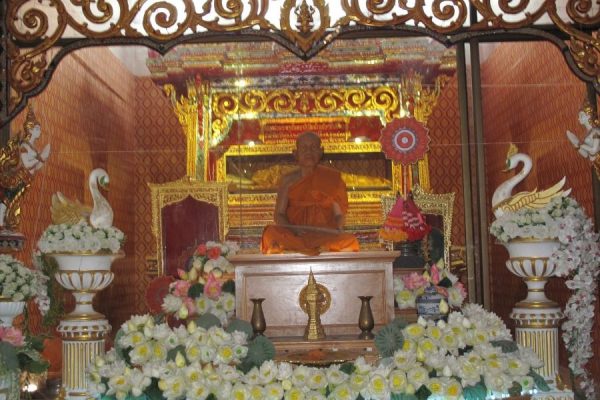