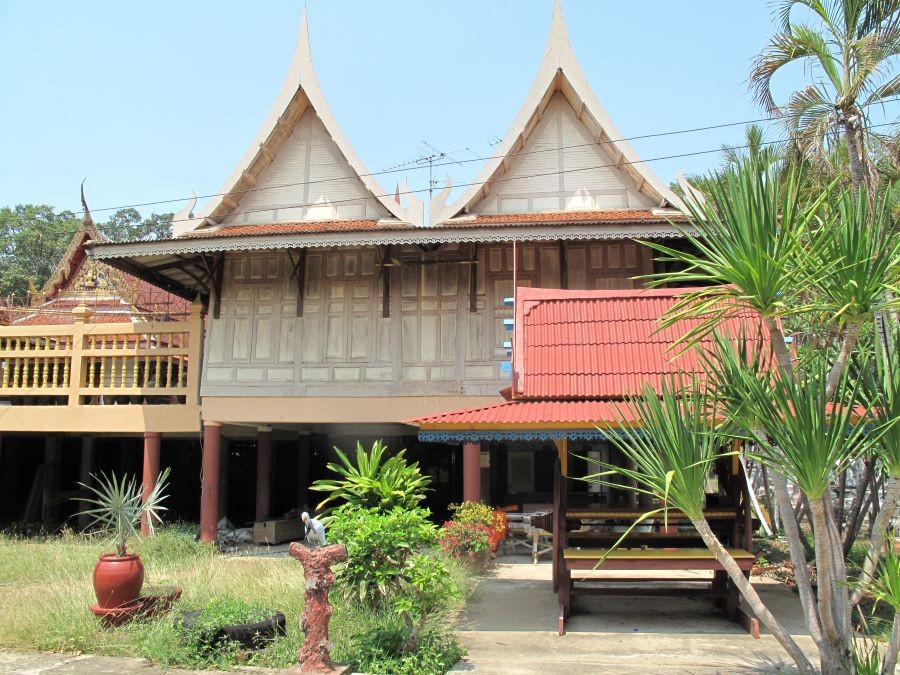 Wat Prasat has the Ubosot or ordination hall and the Wihan (image hall) featuring the architecture of the late Ayutthaya period, a junk-curved base. The large stupa was built around the reigns of King Rama III and IV by local craftsmen. The mural paintings by the craftsmen of the Rattanakosin era are still influenced by those of the Ayutthaya school. The drawing behind the principal Buddha image depicts a pond in the Himmaphan Forest and directional animals. Described on the two side walls is Lord Buddha standing on a lotus base with Buddhist disciples standing on both sides to pay respect. At the back of the temple, there is a dense forest of large Yang trees which are nearly one-hundred years old. The village has mostly traditional Thai houses, and shady fruit orchards. 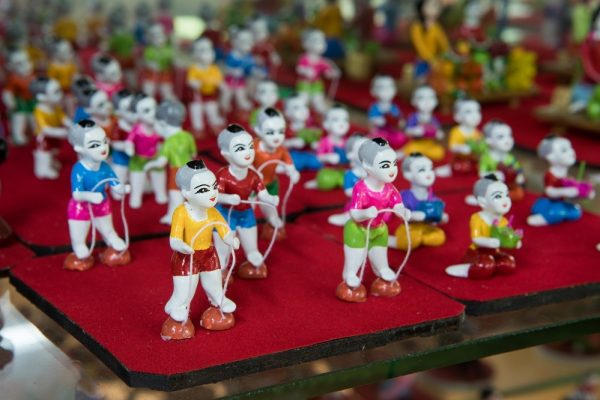 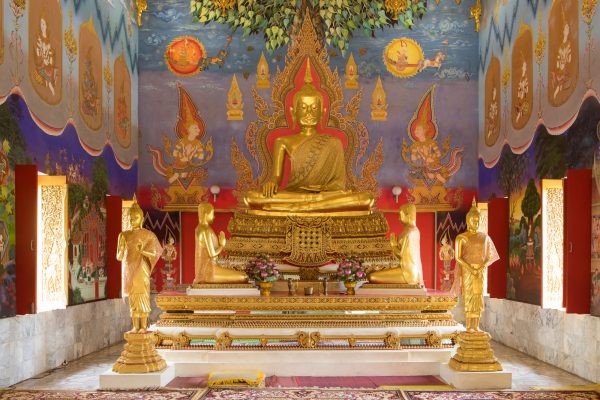