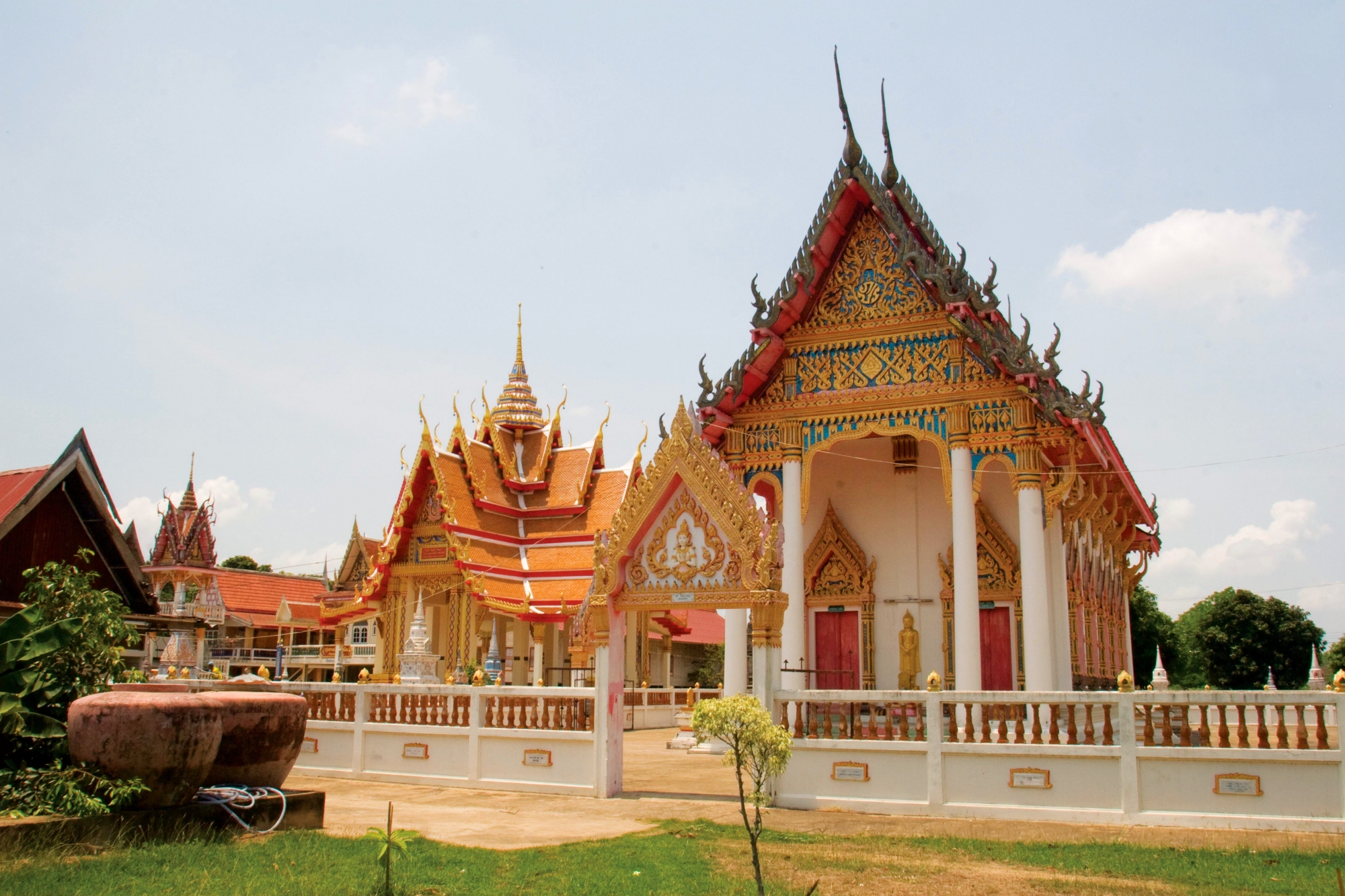 Wat Sraket is an ancient temple that was built during Ayuttaya period. It is situated at Chaiyaphum Sub-District which is on the east side of Chaophraya River. It is actually 15 kilometers far from the center of Ang Thong city. At first, Chaiyaphum Sub-District was called Ban Sraket. It is located inside Wiset Chai Charn District. It has been said in the history that, in 1585, Phrachao Chiangmai used Ban Sraket as a military base and later it was attacked by the troops of King Naraesuan and King Ekatosaros. Besides, His Majesty King Bhumibhol and Queen Sirikit was once here in order to appease a spirit of King Naraesuan. Wat Sraket is located at 53 Ban Sraket, Mu 7, Chaiyaphum Sub-District, Chaiyo District, Ang Thong. The temple lies on 16 acres plain land. There are a Buddhist sanctuary made of concrete, which is 8 meters wide and 22.5 meters long, and a sermon hall which is 15 meters wide and 26 meters long as well as five wooden monk’s cells with the size of 12 meters wide and 20 meters long around the area. The important sacred objects enshrine inside the sanctuary of Wat Sraket is the principle Buddha image. This temple was actually built in 1349 before the start of Ayuttaya period. But, at first, it was named Wat Sao Thong Hin. There is a history about this temple told among the locals that King Naraesuan wandered and attacked foes all the way to Ban Chawai. And, he totally conquered them all. And this is why the district was named Ban Chaiyo. After the victory, King Naraesuan decided to remain his troop here at Wat Saothonghin. Later, for the holy sake, the name of the temple was changed to Wat Sraket since then. The land that the temple lies on was granted by announcing in royal decree in 1777. Besides, there is a primary school located inside the temple. How to get here? Take Phahonyothin highway number 32 from Bangkok, then, turn to Asia road. Keep going straight through Bang Pa-in District-Phra Nakhon Si Ayutthaya-Bang Pahan District-Ang Thong. It would take you 105 kilometers from Bangkok. 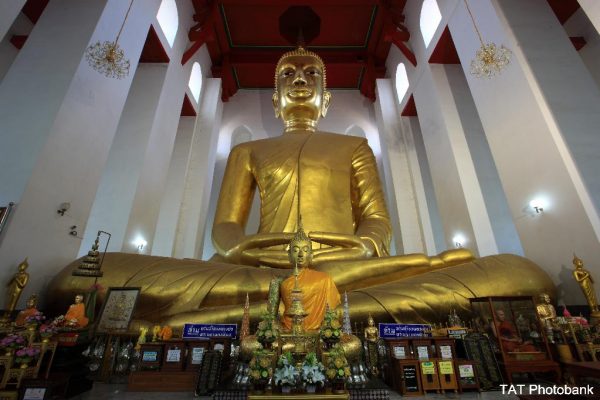 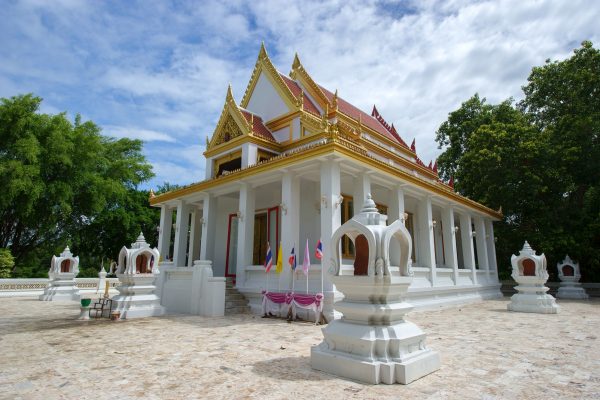