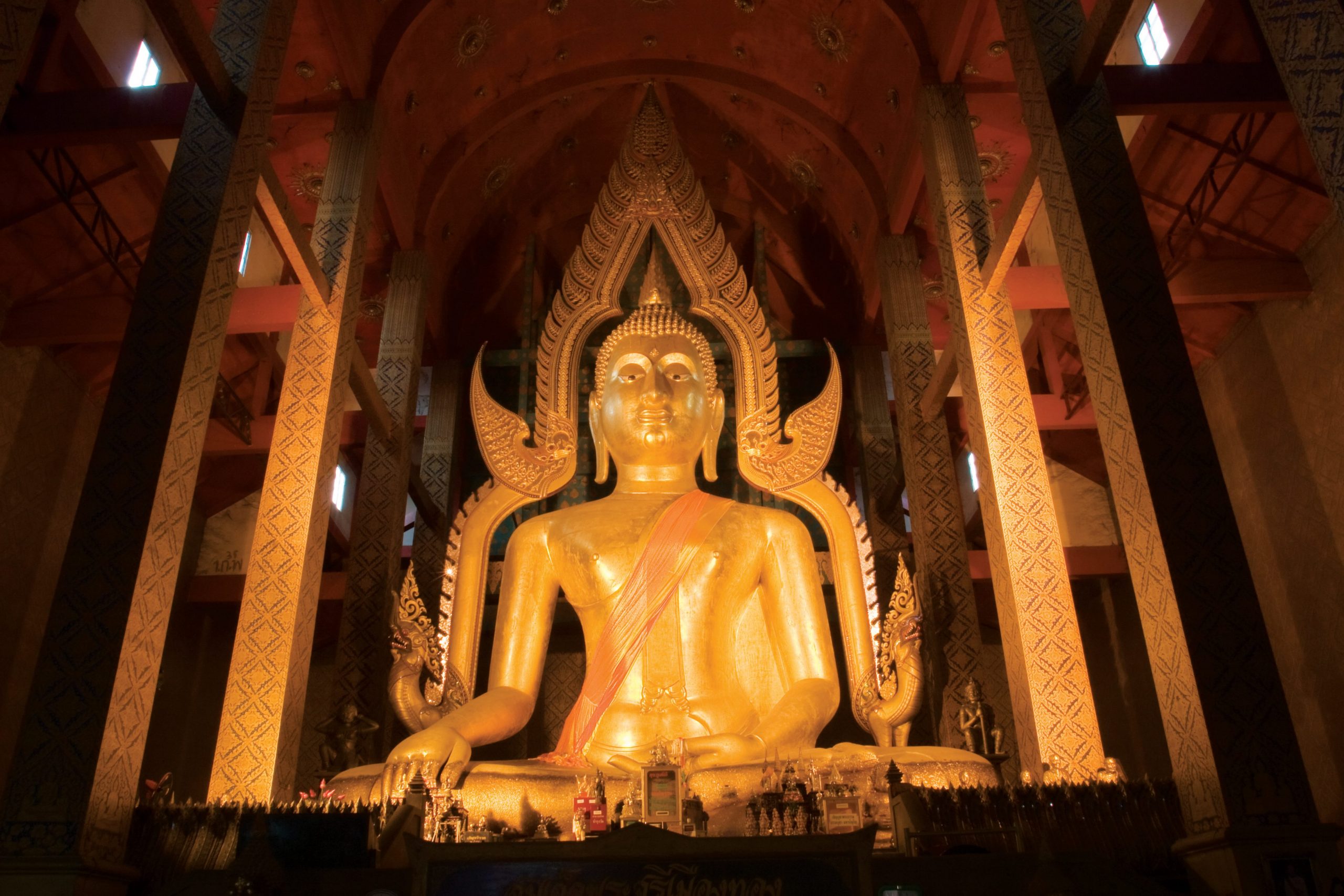 Wat Ton Son was royally granted on 14 August 1942. It is situated on the west side of Chao Phraya River, opposite to Angthong Polytechnic College. This ancient temple was built in the late period of Ayutthaya era about 1767. It is assumed that the temple was constructed in that period because the former monastery was decorated with Bua On and Kan Tuai pattern. However, there is no record about it. The history is from the saying of the elderly. The temple was deteriorated and almost became the deserted temple since there was no venerable thing. In 1945, Phra Racha Suwan Moli, the former leading abbot of Ang Thong Province, started to build objects in the temple which was only over 14 rais at that time. Later, nearby lands were bought to extend the temple’s area. Nowadays, the total area of the temple is 27 rai, 3 ngan, and 32 square wa. There is a Buddha statue in the attitude of subduing mara named “Somdet Phra Buddha Nava Lokutta Dhamma Bodi Si Mueang Thong” or “Somdet Phra Si Mueang Thong”. It is 6 wa 3 cubits and 9 inches wide and 9 wa 1 cubit and 19 inches tall. It was made from metal and covered with gold. Phra Racha Suwan Moli, the abbot started the construction in 1973. Princess Maha Chakri Sirindhorn came to perform the ceremony on 7 March 1985. It is the first biggest metal Buddha statue and it is one of elaborated Buddha statues. It is also one of the biggest fish fertilization center. The temple is situated at Ban Ton Son, Thetsaban 2 Road, Tambon Talat Luang, on the west bank of the Chao Phraya River opposite Ang Thong Technical College. The temple is open daily from 8.00 a.m.-5.00 p.m. 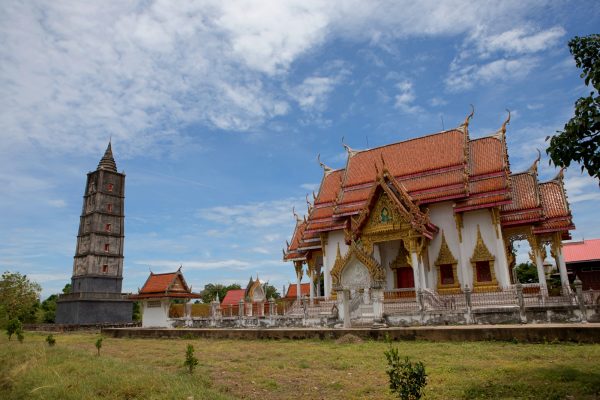