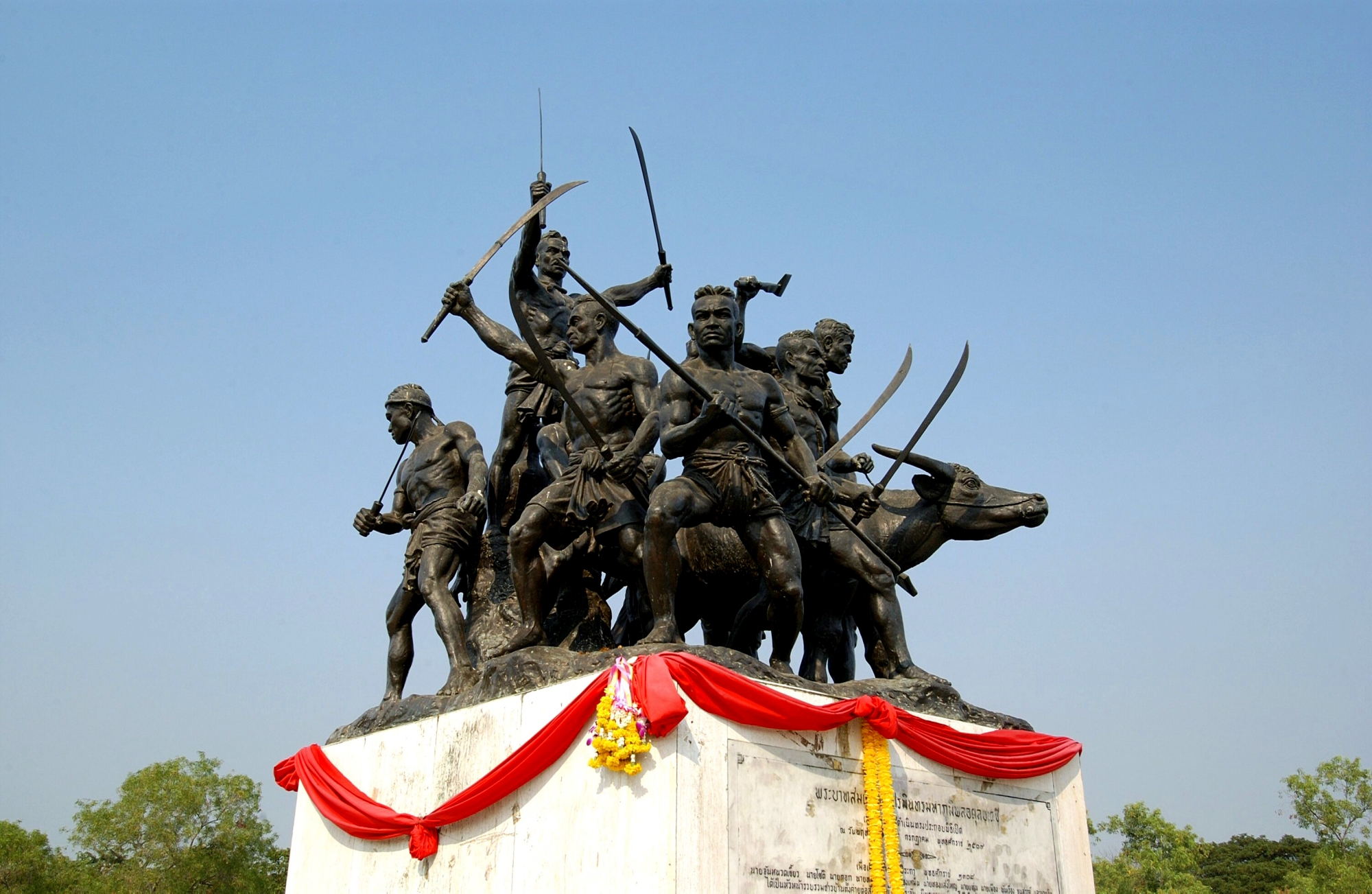 are 15 km from the town of Sing Buri, on Highway 3032. They cover an area of around 115 rai, and feature an arboretum garden. Sculptures of 11 heroic leaders of Khai Bang Rachan or the Bang Rachan Camp, which were cast by the Fine Arts Department, appear magnificently in the garden. The King Rama IX presided over the opening ceremony of the Monument on 29July 1976. The Bang Rachan Camp is a place of great historical importance. This land recorded the events of bravery and sacrifice made by the Thai heroes on the third lunar month of the year of the rooster in 1765. The villagers of Ban Bang Rachan united to fight against the tremendous Burmese army and could endure eight Burmese attacks for five months before being conquered on Monday, the second day of the waning moon in the eighth lunar month in 1766. This is considered an important monument. The present Bang Rachan Camp is an imitation of the ancient camp. Within the Khai Bang Rachan Park, lies the Heroes of Khai Bang Rachan Historical Centre which has three exhibition rooms. Room I displays the stories of Khai Bang Rachan, ancient utensils, the Maenam Noi kiln site, and the great shadow play. Room II exhibits the heritage of Sing Buri. Room III presents the way of life of the people of Sing Buri and precious things of Sing Buri. The centre is open daily from 8.00 a.m.–5.00 p.m. For more information, call Tel. 0 3659 7126