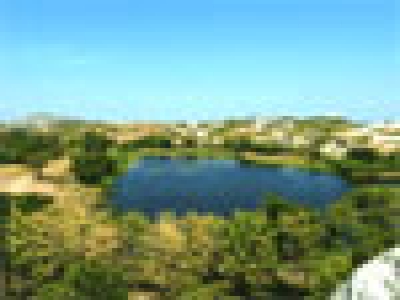 The hill locates in Tambon Smor Kon. To get there, take Lop Buri- Sing Buri until kilometer marker 18, then turn right and continue approximately 12 kilometers. The hill has Historical importance. There are many myths about the hill.

Khao Samo Khon is located in Khao Samo Khon Sub-district along Lop Buri-Sing Buri Road. At Km. 18, turn right for 12 kilometres. It is a mountain range which has been important Historically. There are many interesting ancient legends about Khao Samo Khon. The alphabetical geography dictionary of the Royal Institute stated that “Khao Samo Khon was the residence of Sukkathanta Ruesi, the hermit teacher of King Ramkhamhaeng the Great and Phraya Ngam Mueang, the king of Phayao city. Both were believed to have been from the Nong Sae Dynasty of Yonok Chiang Saen. When both of them were young, they came to study arts and sciences at this place. During that time, the king of Lop Buri was from the similar dynasty as well….” There are overall 4 important temples on this mountain range as follows: Wat Bandai Sam Saen, whose ancient remains are a wihan in front of the cave and an old ubosot in the Ayutthaya style of art; Wat Tham Tako Phutthasopha, where there is an ubosot, constructed in 1914 with mural paintings in the Burmese style and a chedi in a junk shape; Wat Tham Chang Phueak , at whose mountain foot lies a soil dike and an old reservoir, estimated to have been constructed in the 13th century, the similar period as the reservoir and the soil dike in Thale Chup Son Sub-district, and Wat Khao Samo Khon, where there is a bell-shape chedi with 12-recessed corners, supported by a blooming lotus, and a small cave called Tham Phra Non, where inside is enshrined a reclining Buddha image and visited by King Rama V in 1905. For more information, please contact Tel. 0 3652 1159. To get there: Take Highway No. 311 (Lop Buri-Sing Buri) to Km. 18 and turn right into Highway No. 3028. From the traffic intersection, proceed for 12 kilometres. There are many lines of buses passing by the entrance into Khao Samo Khon near Tha Khlong Market; namely, Lop Buri-Tha Khlong, Khok Samrong-Ban Mi, and Sing Buri-Ban Mi Lines. Then, visitors can take a minibus or a motorcycle for rent from the entrance. 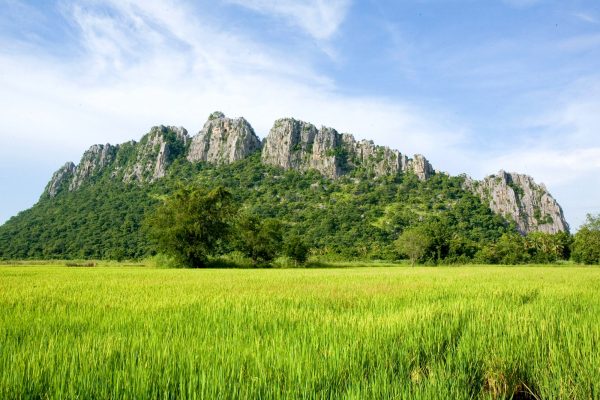 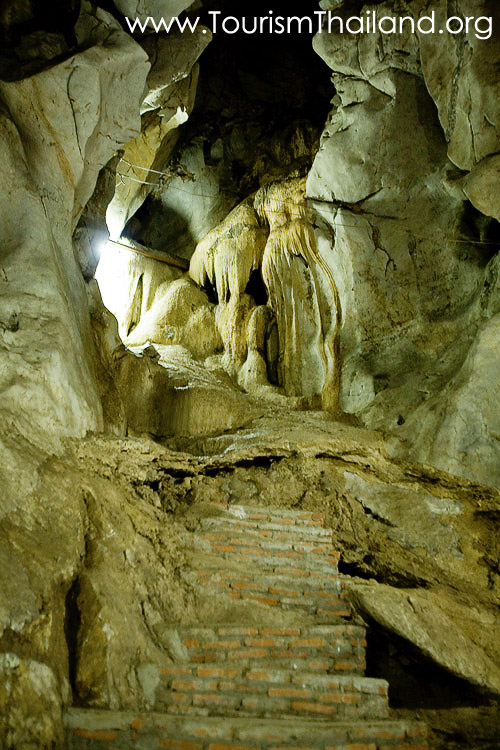 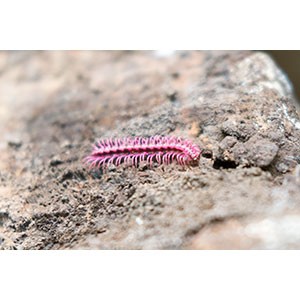 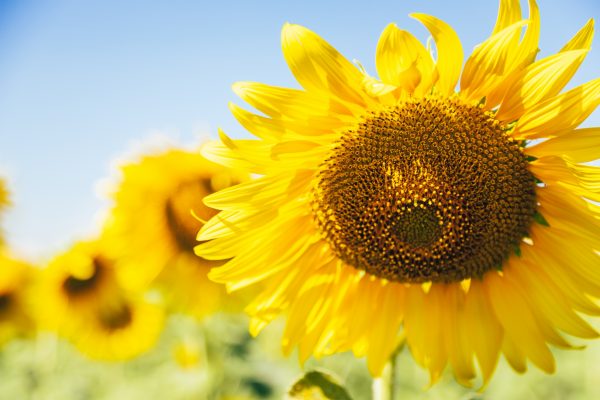