Statue Of King Narai The Great 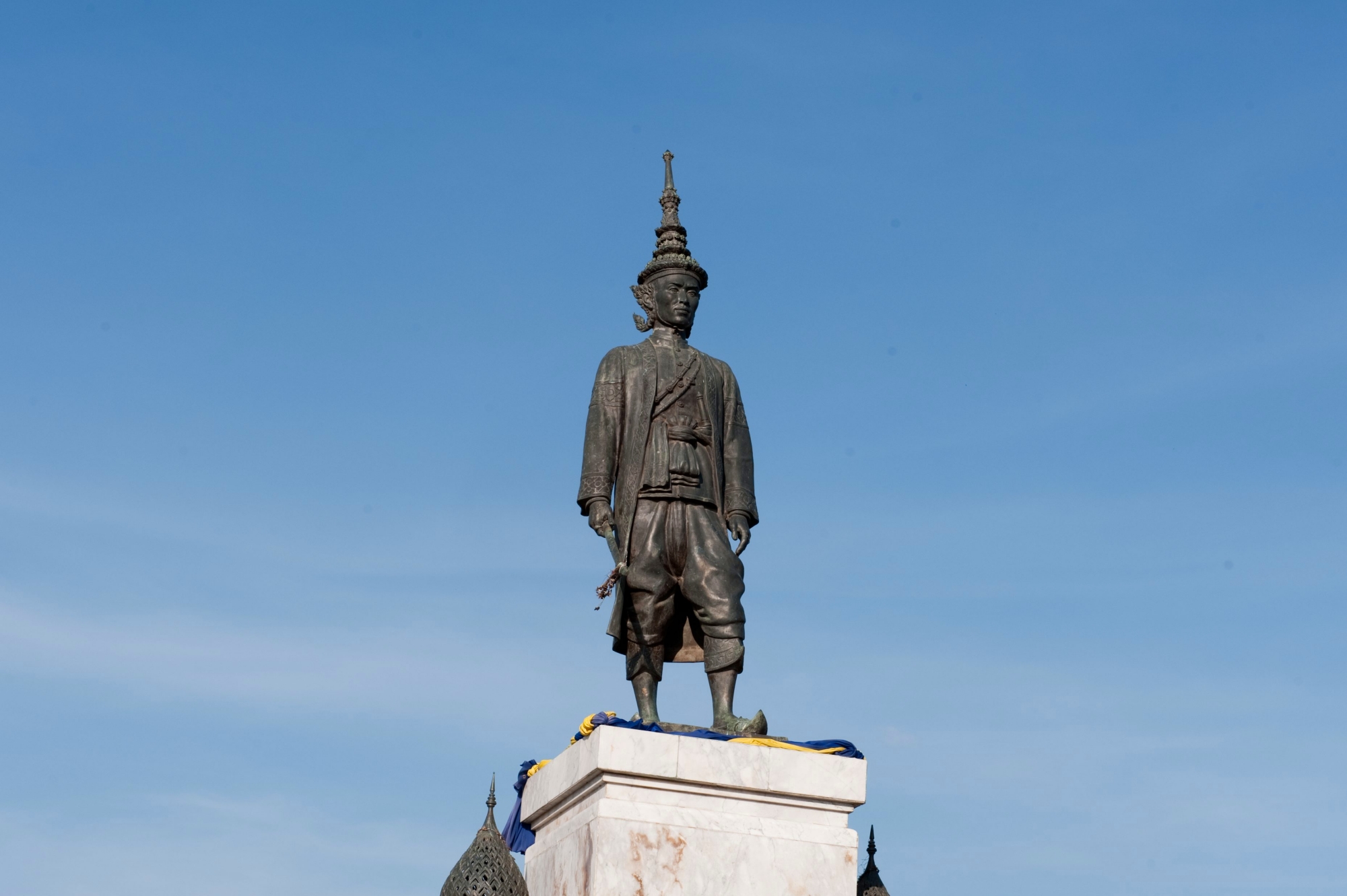 Statue Of King Narai The Great

Phra Narai Mahrats’ Monument is located at the centre of Thep-Satri roundabout or as the locals refer to it as Wongwian Phra Narai (Phra Narais’ roundabout). It is close to Lopburi’s provincial court, at the beginning of Narai Maharat Street leading to the city centre. Thep-Satri roundabout is large in size being the location where Phra Narai Mahrats’ Monument is placed. Phra Narai Maharat is a King with many generous contributions to people of Lopburi, this is pretty much why locals call the roundabout Wongwian Phra Narai or Wongwian Phra Narai Maharat.The construction is a large monument of Phra Narai in standing posture, with his face slightly looking to the East, his right hand holding a sword and his left foot somewhat placed further to the front. His majesty the King was present for the opening ceremony on February the 6th 1966. There is “Phra Narai Mahrat, one of Thailand’s’ greatest King was born at Ayutthaya in 1632, departed his life in Lopburi in 1688. His majesty was a blessed being” engraved on the statue. During his reign, the Dutch strongly restricted Thai merchant ships; as bad as sending war ships to shut Chao Praya rivers’ entrance routes and threatened to harm people with weapons, so Thailand had to respond to their propose and gave them trade benefits. To back down the Dutch and protect the land, King Narai Maharat constructed Lopburi as the reserve capital, which is to the North of Ayutthaya and had planned on building fortresses to defend threats. A French priest had heard of this report and offered to use his professional skills in handicraft to aid the building process. Besides, the priest was seeking a way to spread Christianity, Roman Catholic, and so found this path a win-win scheme. His works in were admired and very much appreciated by the King and, later, the priest was given title as Chao Praya Vichaiyane.King Narai Maharat was the last King of Thailands’ Prasat-Tong Dynasty. During his majesty’s reign, Thai literature and art had flourished to its peak. There was decent and strong international relation between various countries. It could be said that during that time, Thailand’s renown was widely spread. In order to represent high respects, local citizens have built this monument in remembrance since the 6th of February 1966.It is prominent that people of Lopburi respect and consider King Narai Maharat as a sacred figure for there exists numerous landmarks which are named after him for example The National Museum of Phra Narai Maharat, Narai Maharat Street, Phra Narai Ratchanivet (Royal Residence), Military Special Command Unit Somdej Phra Narai Maharat, a monument, Phra Narai Maharat Hospital, Narai City Hospital, Phra Narai School, Military Patronage School-Narai Seuksa, Phra Narai Maharat Park, Narai Hills Golf Course, Narai Scouts Camp and Rotary Narai of Lopburi.Lopburi annually holds a ceremony, between 16 to 22 February, in commemorate of King Narai Maharat, Pandin Somdej Phra Narai, at King Narai Maharat monument. 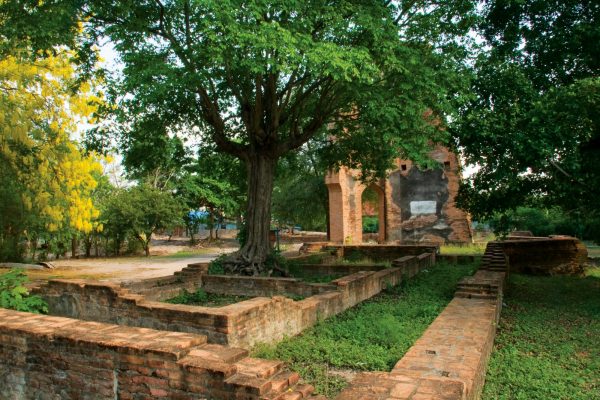 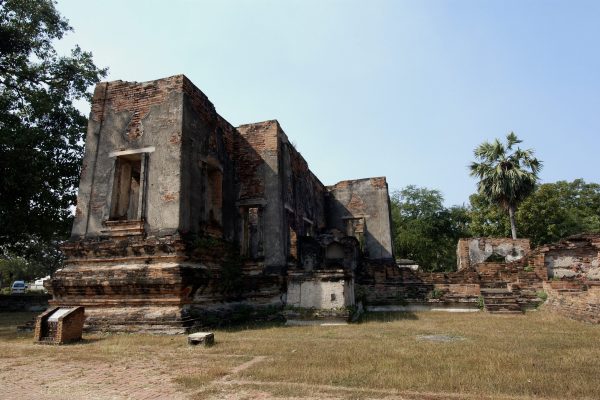