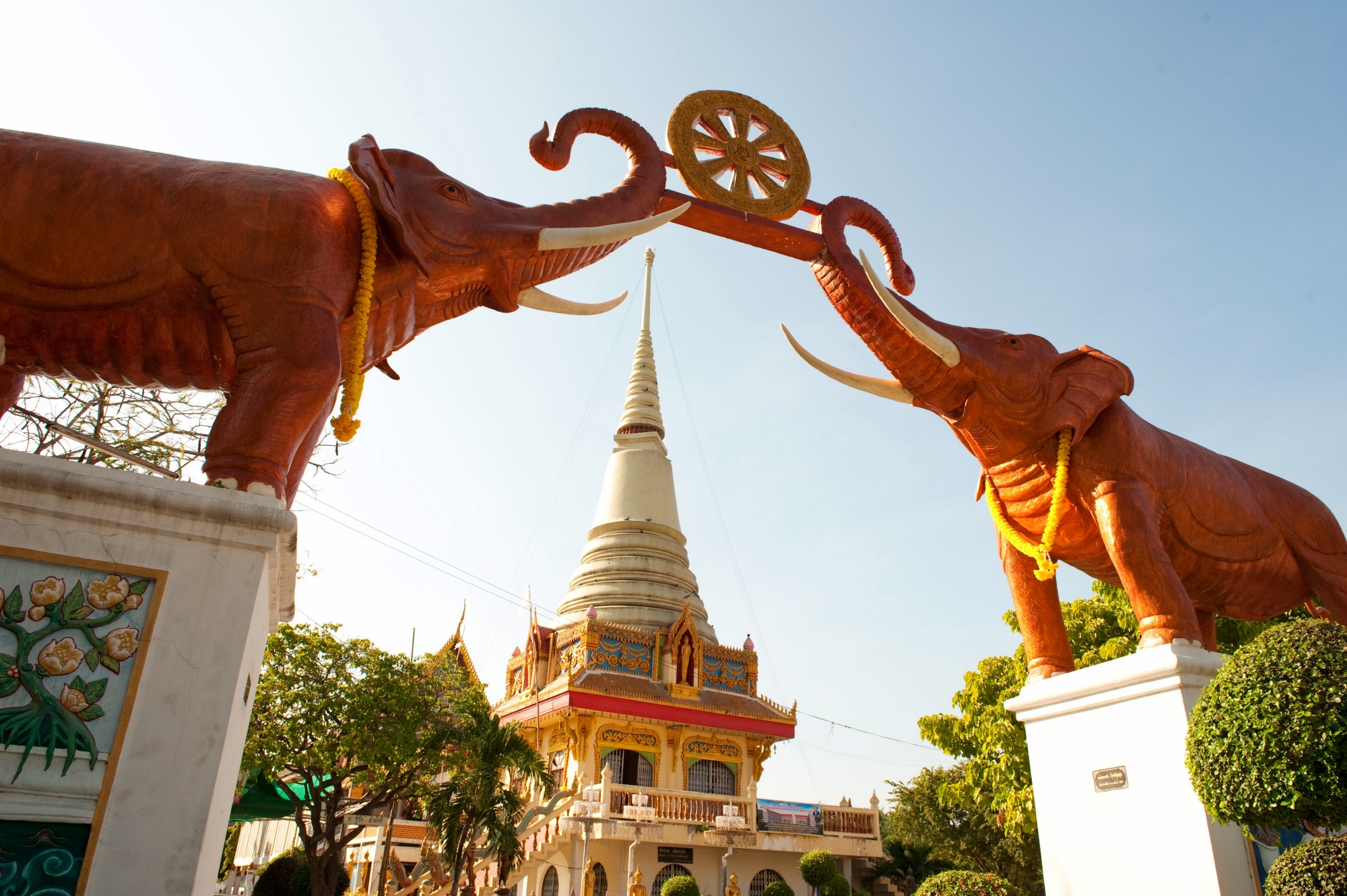 Wat Dharmikarama also known as The Bat Temple is situated along the western river bank of Bang Karm at Ban Mee district, Lopburi province. It’s the Maha Nikaya temple where the villagers have built since the beginning of Ratthanakosin period. In the past, a number of bats lived here so we called The Bat Temple. Nowadays, this old canal-sided temple is also the place for students to practise and to study the Buddhism. Everyone who steps into the temple will feel very peaceful with beautiful scenery surrounded with antique worship places. The old Bot or the hall of temple was found in the reign of King Rama IV. The mural paintings of Wat Dharmikarama appear on 2 places inside the temple that are 1.The mural paintings in Bot are found above doorway and windows. The paintings on four walls tell about the life of the Buddha that begins on the wall after the principle statue of Buddha. The paintings depict the marriage of Prince Siddhartha and Princess Pimpa, the decision to ordain, the enlightenment and the Buddha’s death. But that’s unknown who are the painters. 2.The mural paintings in Vihan are found above doorway and windows. The paintings on four walls tell about the ten lives before becoming the Buddha with the name of lives tagged below the paintings. The pattern of painting came from the royal court. The mural paintings in the temple also stay in good condition. It’s considered that they would be painted during the reign of king Rama IV and king Rama V. The route Along the highway no.311 Lopburi-Singburi and then turn left to the highway no.3028 at 18th milestone. For more information, please call 036489593. 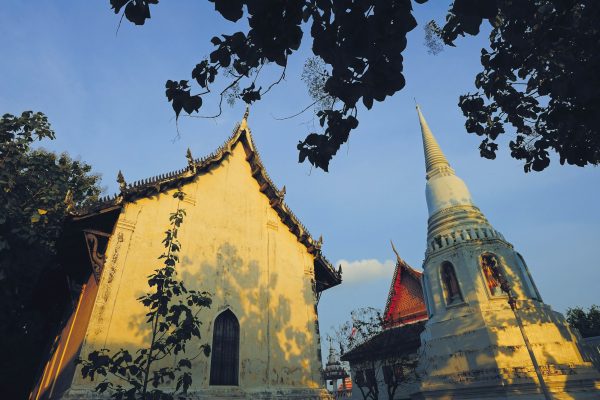