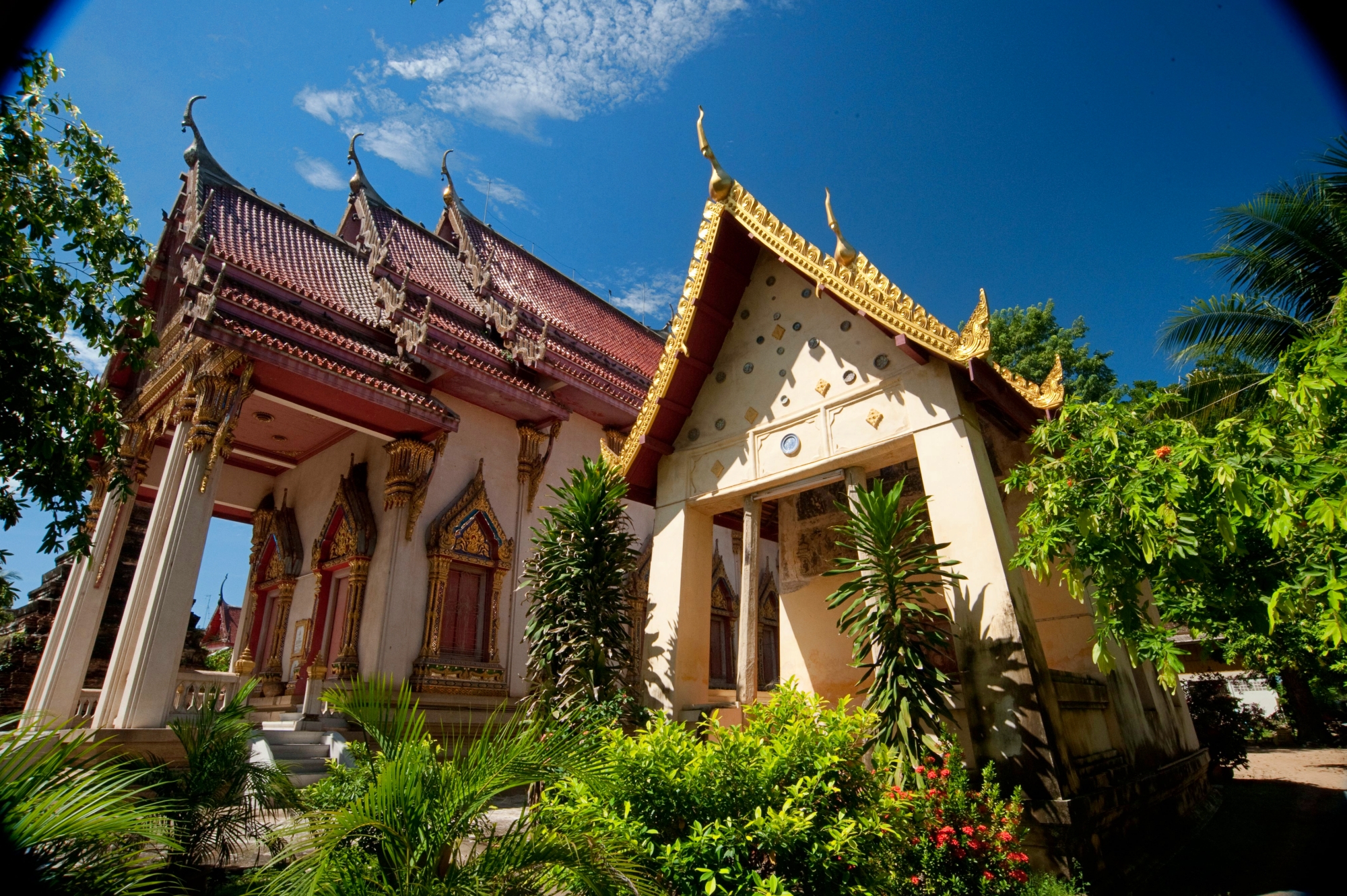 It was assumed that Wat Muang was constructed in the early Rattanakosin Period in 1822. Formerly, as there were a large number of mango trees, it was called ‘Wat Muang’. Its area is 11 rai. Due to some sacred places in the temple, it was analyzed that it should have been built as the first temple in In Buri district. It is therefore mentioned that Wat Muang has been an ancient temple along with In Buri for a long time. In the past, many key figures visited Wat Muang such as His Majesty the King and his family members, Supreme Patriarch, country leaders, armed force leaders, etc. For example, on Friday, September 22, 1916 King Rama VI stayed at Tri Muk Pavilion along the Wat Muang River and visited people in the temple compound and on Saturday, January 3, Her Royal Highness Princess Galyani Vadhana Krom Luang Narathiwas Rajanagarindra came to watch wall paintings in an ancient vihara of the temple, etc.Inside the temple, there are pagoda, ordination hall, chapel and ancient assembly hall that is a rectangular cement building. The pediment is decorated with ceramics. The assembly hall houses the beautiful principle Buddha image in subduing Mara on a lion plaster base supported by a large lotus. The ceiling is decorated with star painted design. Powdered color mural paintings were made by a local painter and assumed that they were painted in the reign of King Rama IV. They depict the Buddha’s life and demonstrate livelihood and culture of ancient society at different levels.A large pagoda is a large rectangular with reduced angles. It was mentioned that this pagoda contained a wide variety of objects, such as weapons, sacred and valuable objects, etc. It was told that it was built with the objective of expiation. Wat Muang is famous for holy objects made by Luan Pho O, Phra Khru Inthawutthachan, former abbot, who is full of moral conduct and kindness as well as an expert on all fields of magic.Travel to the temple: It is located at Moo 8, Tambon Buri, Sing Buri near the east Chao Phraya River. From the Asia Road about 2.5 km. from In Buri Market to the south, turn left about 2.5 km. For more information: Tel 0 3658 1662 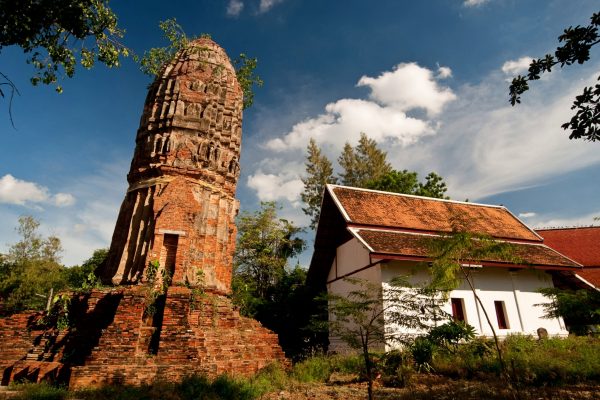 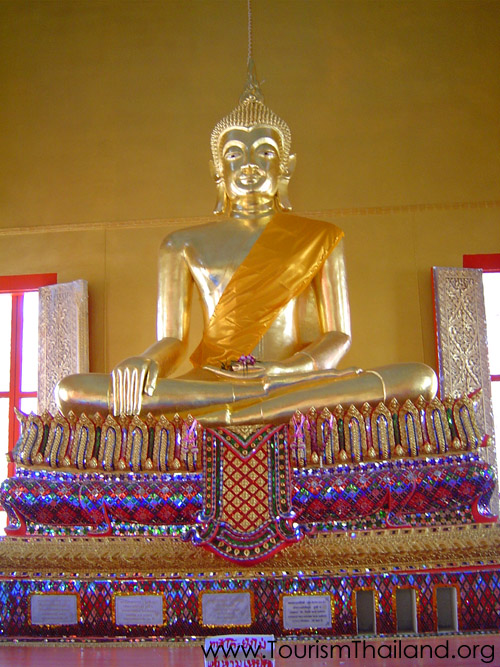