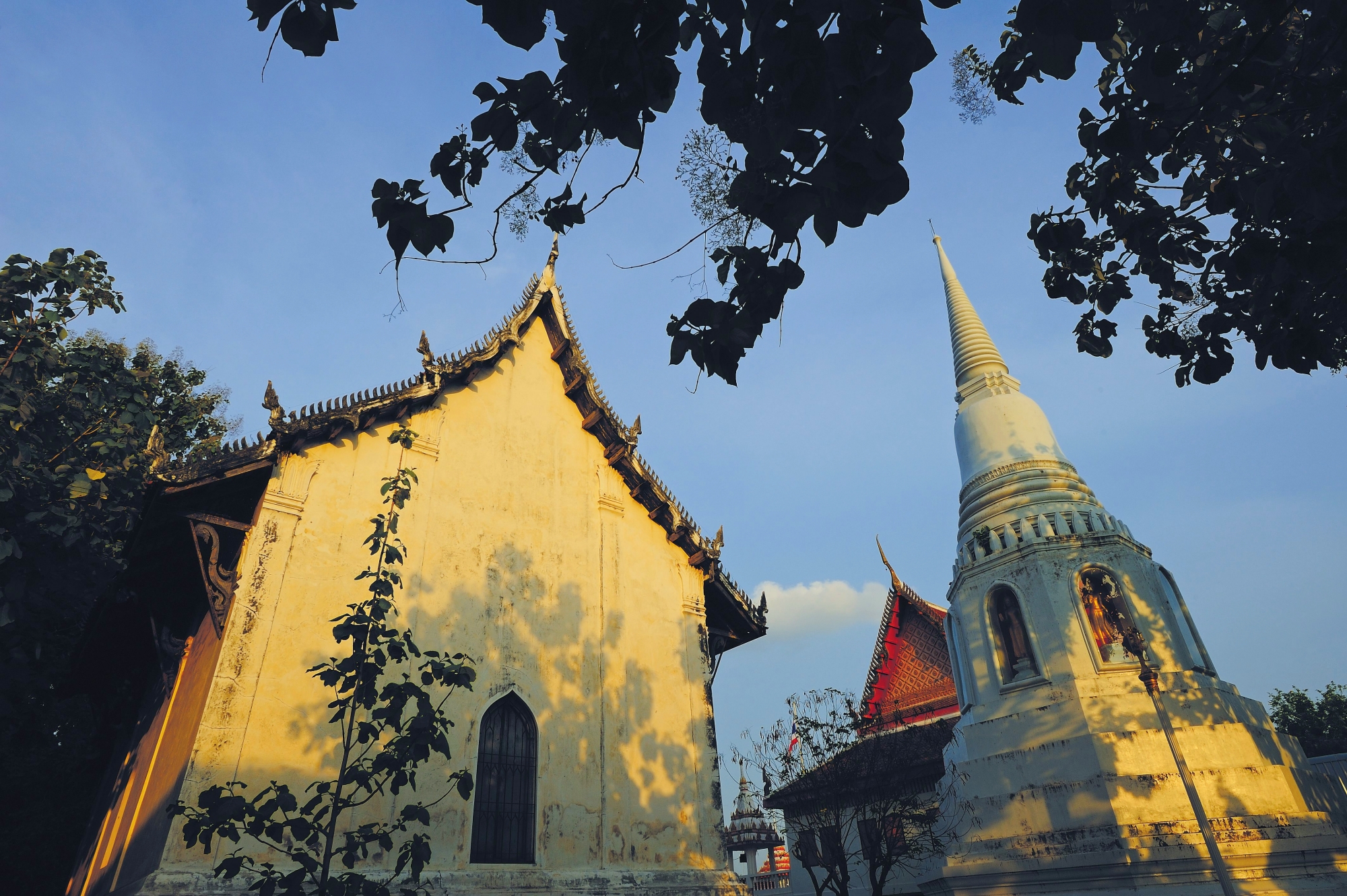 Situated on Rue de France, to the north of Phra Narai Ratchaniwet, this western style viharn was believed to have originally been built by King Narai the Great as a church for Christian envoys. It was subsequently restored by King Narai the Great, who ordered the replacement of Thai windows with Western-style windows with Gothic-designs in the secondary Chapel. Later on, the viharn was converted into a Buddhist Temple. It contains a large seated Ayutthaya-style Buddha image. In addition, assorted Lop-Buri style Buddha images can be found on the surrounding walls.

Located on Rue de France, a road which connects the palace-museum named PhraNaraiRatchaniwet and Ban Wichayen, this ancient Temple was originally divided into two temples. Ayutthaya’s governor during olden times suggested to authorities that the two be combined, as one contained a prayer room and the other, a shrine hall.The must-see part of the temple is the shrine hall, believed to have originally been constructed as a religious site for another religion. A map drawn by a French craftsman shows the area being a Persian neighborhood, suggesting that it may have been an Islamic ceremonial site. The temple is open daily from 8.00 am-4.30 pm. For more information, call 0 3641 1458. 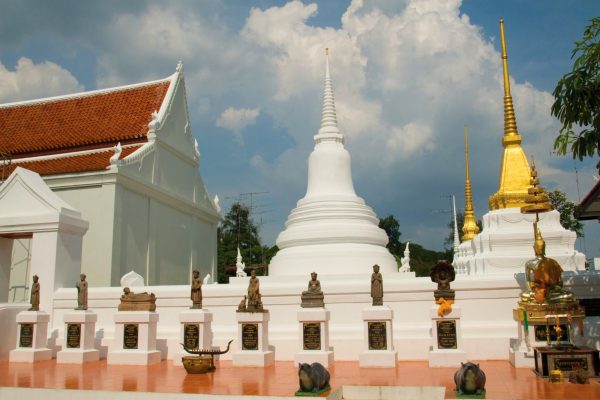 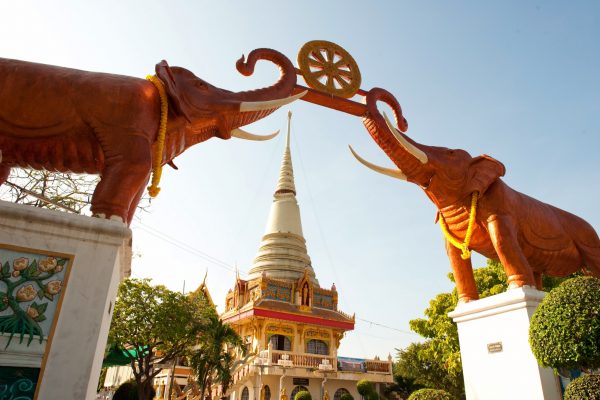