Wat Amphawan is located in Tambon Phrom Buri along Highway 36 at km. 130. It is famous for insight meditation. Phra Ratchasuthi Yan Mongkhon (Luang Pho Charan Thitathammo) is the abbot. Most people hardly know the name of the temple but mentioning about Luang Pho Charan sounds familiar. Currently, people who are interested in Dharma, always worship Luang Pho and practice Dharma vigorously. The temple has a large almshouse, where new and fresh food is served daily to folks. Its surrounding is clean and well-taken care. Wat Amphawan, an ancient temple in Phrom Buri district, Sing Buri province has been the former name since the Ayutthaya Period. It was inscribed in Chinese language on the stone inscription evidence of the former ordination hall that the hall was built by Chinese people in Meng Xiao Period who used a ship to do business with Somdet Phra Narai Maharat in Lop Buri along with Dutch people. They parked it in front of the temple and built an ordination hall in the period, in which its abbot was Phra Khru Yannasangwon, aged 99. After the ordination hall had been built, an expat of Chinese friends asked for two Phra Nak Pok Hin images from Somdet Phra Narai Maharat so that Chinese people could keep them in the ordination hall until the new ordination hall was built. The temple has been continuously repaired and maintained. Subsequently, it is honored to be a model temple by the Department of Religious Affairs. To get there: Since the temple is famous, it is convenient to travel by private cars by taking Asia Road at km. 78 Turn left to the temple and reach the checkpoint in the middle of the road on the right hand (Sing Buri Highway Maintenance District Office) or taking a bus from Bangkok to Sing Buri or from Bangkok to Amphoe Wat Sing, getting off at the entrance to the temple and taking a motorcycle taxi to the temple or taking a pickup truck of Sing Buri-Wat Trachu if you come from Mueang Sing Buri. Besides, a van service from the Victory Monument to In Buri is provided hourly until 5.30 p.m. at the Century Department Store. For more information, contact at Tel. 0 3659 9381 or website www.jarun.org. 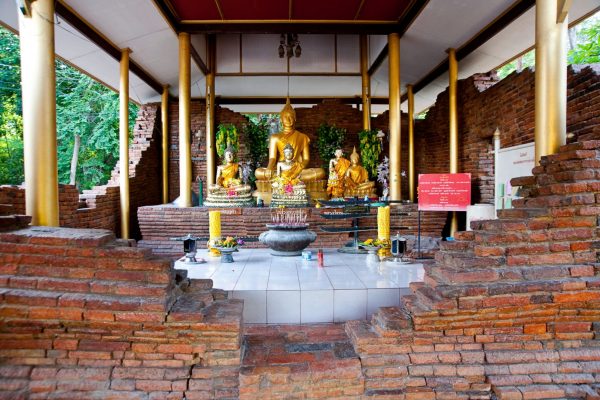 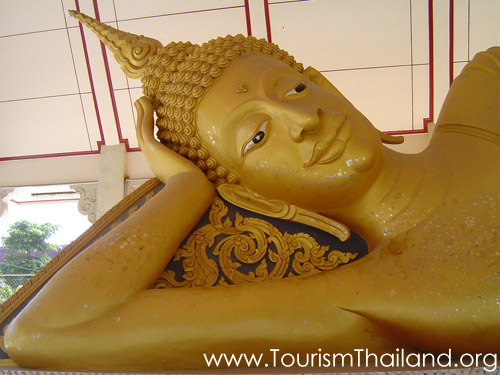