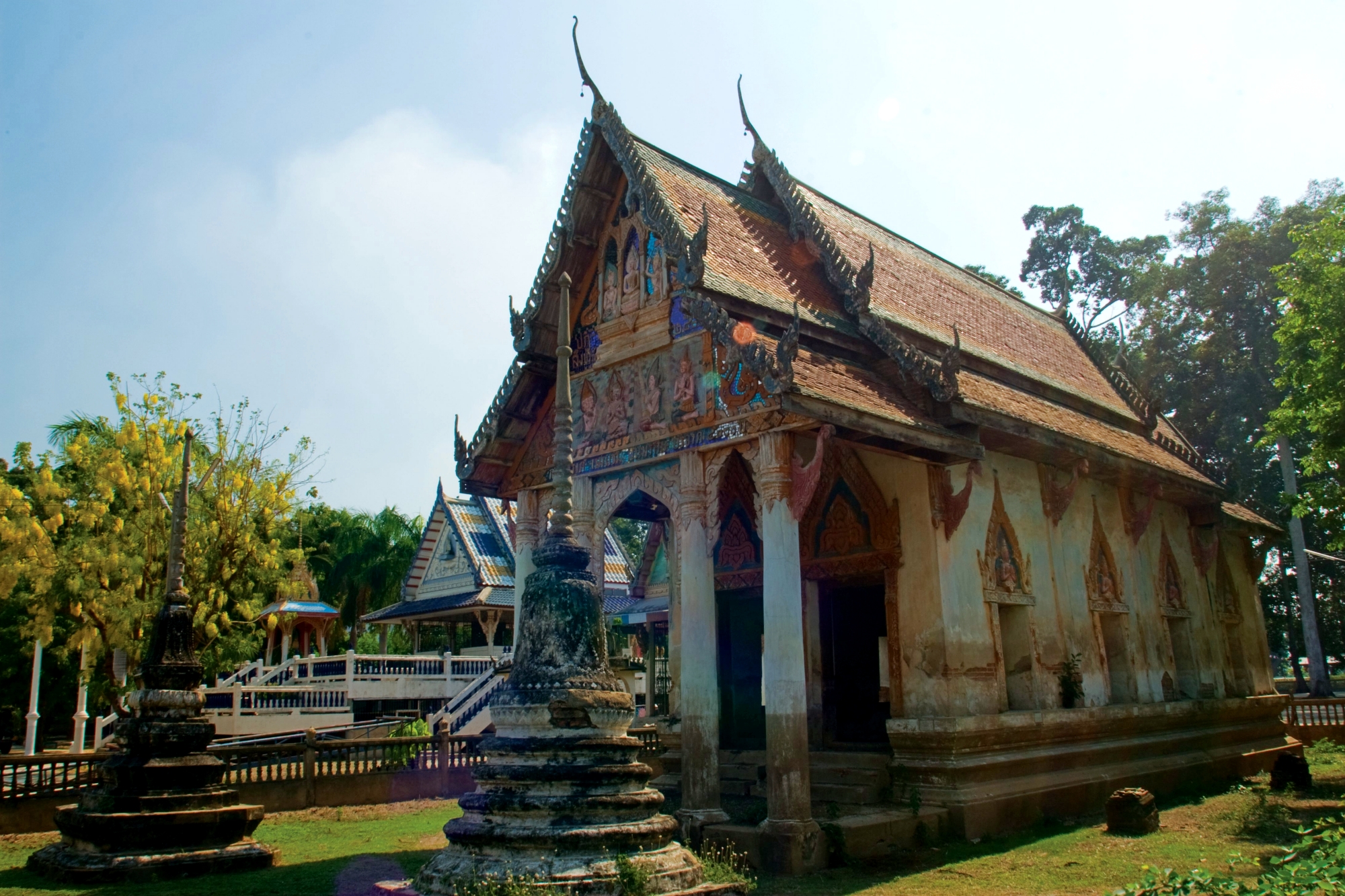 Wat Kradang-Nga Buppharam was probably built in Ayudhaya Era as its structure and materials are Ayudhaya-style. The founder of the temple was possibly a right-hand of the King Mahathammarachathirat, the father of King Naresuan, in order to expiate his sins committed during the wars. He also got ordained as a Buddhist monk at this temple and was called “Luang Pho Ueng”. Bone ashes of the soldiers are kept here. Today, a statue of Luang Pho Ueng is enshrined in the vihara. It was said that the King Naresuan’s troop once stopped and took a rest at this temple before going to Phitsanulok. Unfortunately, during the stay, his right hand died, so the King Naresuan had to ask local people to join the troop. The outstanding feature of this temple is not only its history, but also the Bot which was built in modern style on the foundation of the old sermon hall. In addition, you can find a bell-shaped pagoda from early Ayudhaya era. Today, it has been registered as a national archaeological site. In front of the pagoda, there is an ancient Bot of which roof is covered by clay tiles and the wooden door of Bot is meticulously carved. Besides, there is Luang Pu Chin statue, which is highly revered by the local people, is enshrined inside. Getting there Take highway 311 Singburi-Chainat (the old route). The temple is on km.6, 7 km. far from Amphoe Mueang. For more information, please call 0 3652 2798, 08 1778 1117 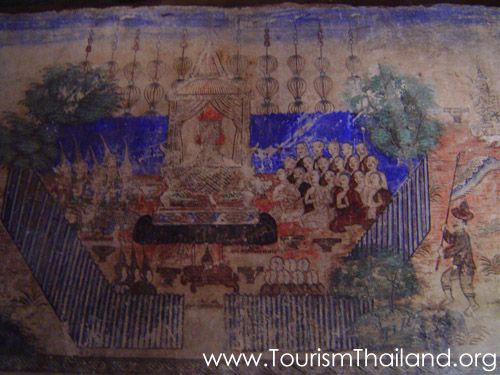 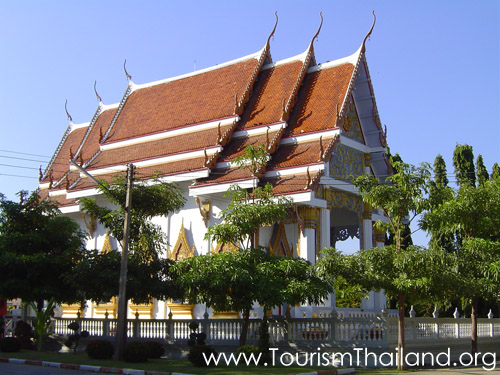